Kicker Makes the Difference for Clark 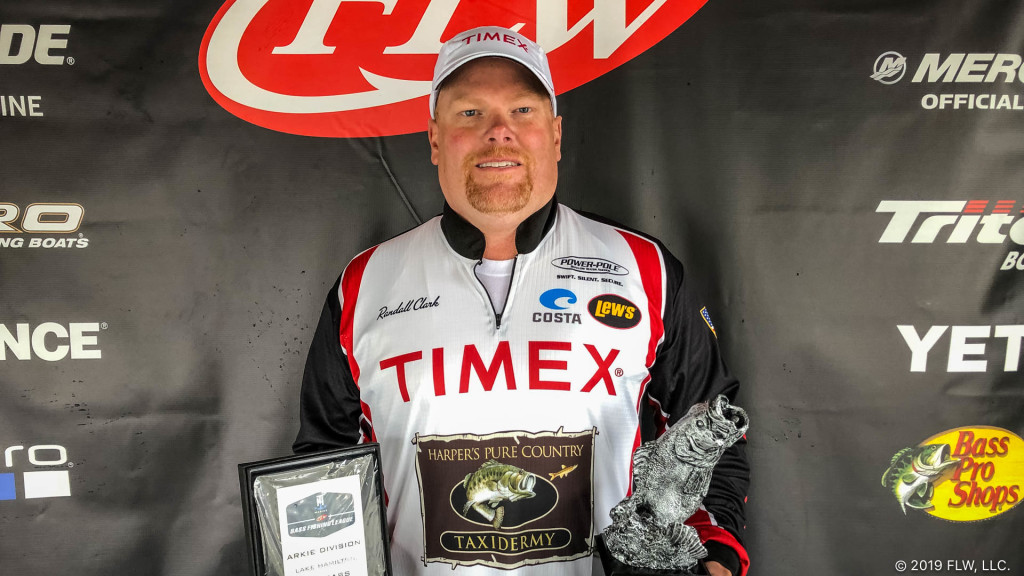 Clark fished for spawning fish mid-lake, targeting 15 specific bass that he had found during his practice period on Friday and saved for the tournament. He was able to put three of those fish in the boat, including the big bass of the tournament at 6 pounds, 3 ounces. He added a couple of more keepers from the same areas to fill out his limit.

“I tried a bunch of stuff – I had 10 rods on my deck – but I couldn’t get bit on anything other than a Texas-rigged black Yamamoto Senko,” Clark says. “The pollen had really darkened the water up. It had color – almost muddy – but it wasn’t muddy, it was the pollen.

“Really, the key for me winning was catching the big fish,” Clark continues. “You couldn’t see them, but I was blind casting to the areas that I knew that they were in. During my practice on Friday I had shook that fish off, and I knew right where it was. It was my second stop during the tournament and I put her in the boat within five minutes of getting there.”

Clark’s big fish of the day was a 6-pound, 3-ounce largemouth bass, which also was the tournament’s biggest bass of the day and also earned him the Boater Big Bass award of $435. 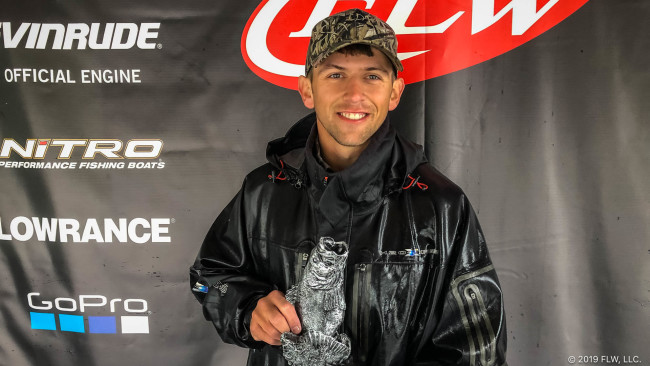 Sutton also caught the largest bass in the Co-angler Division, a fish weighing in at 5 pounds, 7 ounces. The catch earned him the day’s Co-angler Big Bass award of $217.