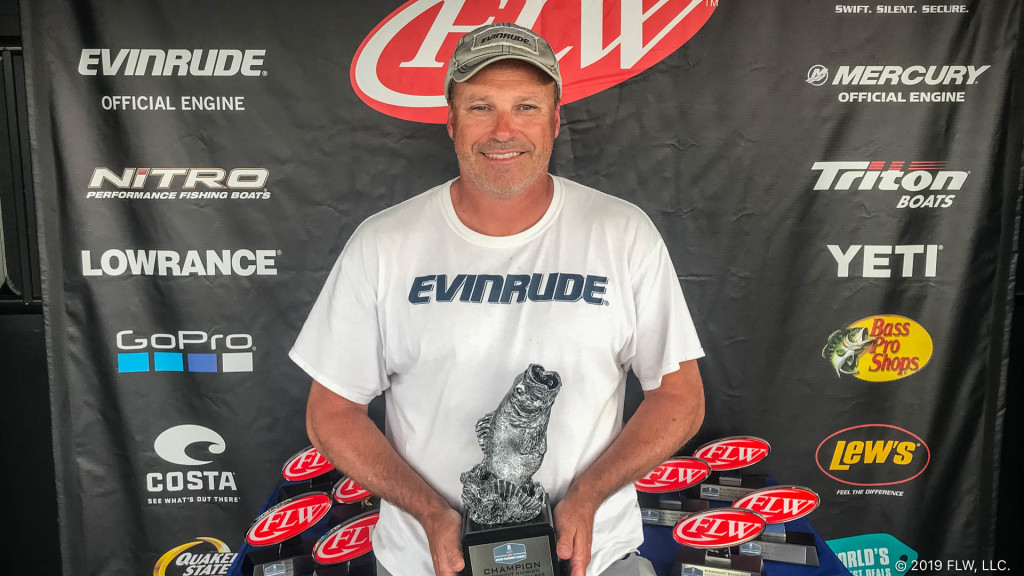 “I targeted the shad spawn. I’d found multiple areas where the shad were spawning, but only one had fish in it – It was a point up the Roanoke River,” says Elrod, who notched his third career win in BFL competition. “I caught them from rip-rap in about 2 feet of water using a shad-colored [Heddon Zara] Spook. I caught four that I weighed on the Spook and one on a [shad-colored Rebel] Pop-R.

Elrod caught about 8 keepers during the tournament, citing the first hour of the day as the most productive.

“We went all over the lake running other stuff. The fish had spawned, and there were some areas with fry-guarders, but those fish were small. I only caught a few of those and they didn’t help me any,” says Elrod. “That area was really the only productive stop.”

Elrod went on to say that his winning limit consisted of four largemouth and one smallmouth.

Taylor Godsey of Chester, Virginia, caught a 5-pound, 7-ounce bass – the heaviest of the event in the Boater Division – and earned the day’s Boater Big Bass award of $435. 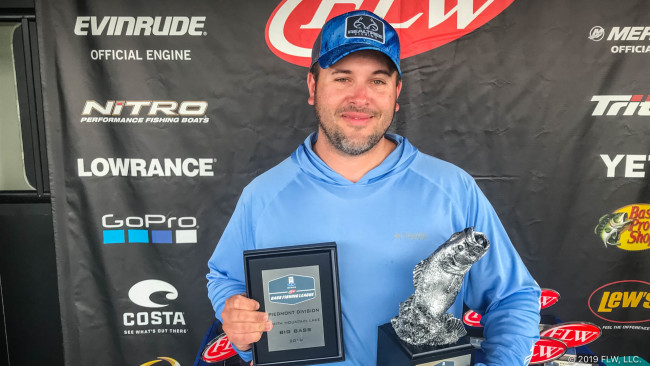 Deciucis also caught the heaviest bass in the Co-angler Division, a fish weighing in at 4 pounds, 8 ounces. The catch earned him the day’s Co-angler Big Bass award of $207.

The top 45 boaters and co-anglers in the region based on point standings, along with the five winners in each qualifying event, will be entered in the Oct. 17-19 BFL Regional Championship on the Potomac River in Marbury Maryland. Boaters will compete for a top award of a Ranger Z518L with a 200-horsepower outboard and $20,000, while co-anglers will fish for a new Ranger Z518L with a 200-horsepower outboard.