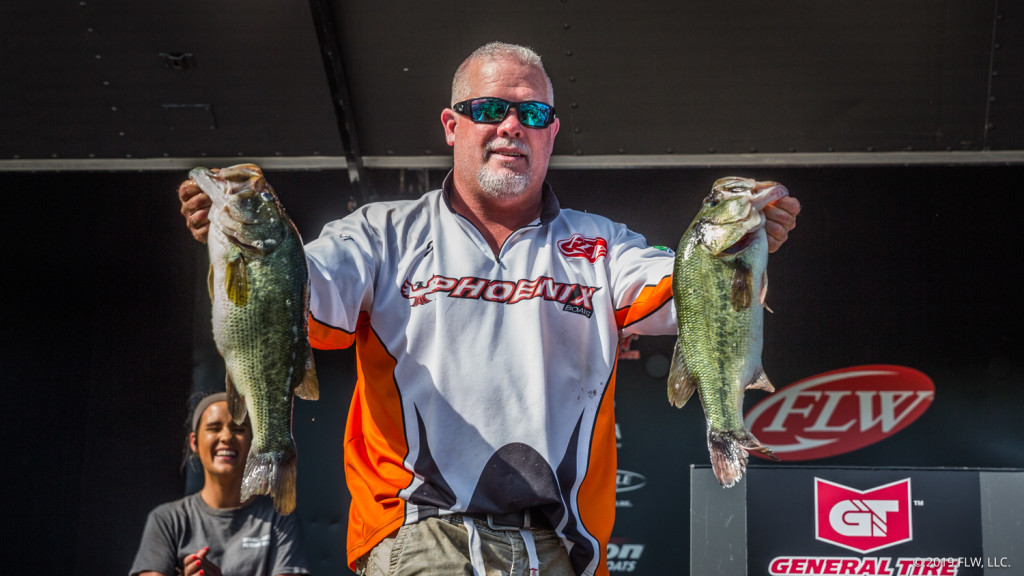 After two days of fishing on the Potomac River for the T-H Marine Bass Fishing League (BFL) All-American presented by General Tire, day-one leader Joseph Thompson of Coatesville, Pa., is the only boater to crack the 16-pound mark two days in a row. Thompson, who’s fishing in his first All-American, has a two-day total worth 32-10 and a slim 1-14 lead over Indiana’s Doug Ruster heading into the final round of competition.

On day one, Thompson leaned on local knowledge and hard cover pretty heavily, but he had to mix things up a little on day two.

“I made one move today that was amazing,” says Thompson. “I had my plan that had three primary spots that I was gonna go to. When I went to the first stop I was really counting on catching a fish – I didn’t catch a fish. I could tell there wasn’t much water moving, so I didn’t want to go to my other spots and be disappointed, because you want water moving on those spots.

“So, I called an audible and went and fished some grass, which I haven’t done, and I caught two good fish in 15 minutes to get my day started. They were two fish I didn’t count on having, and that was a huge change in my plan and it paid off.” 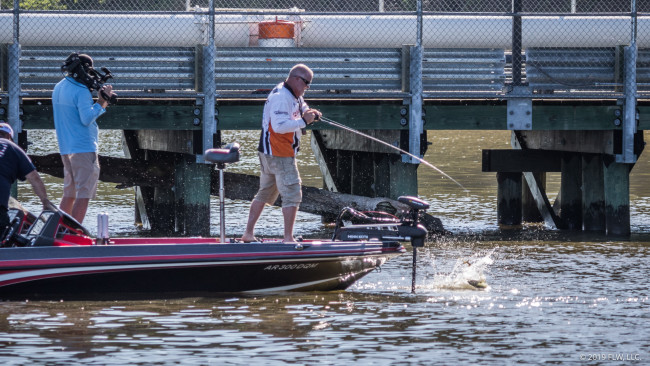 Though Thompson bounced back to the grass bed a few times through the day, the rest of his fish came on hard cover as they had on day one.

With just 10 tournament boats on the water tomorrow, Thompson figures he should be able to get on most of his places again.

“Tomorrow there should be less pressure from tournament anglers, and I’m pretty sure I’ll be able to get on my two primary spots,” says Thompson. “I didn’t get one [keeper] bite on my big fish spot today, and I fished it a lot – that’s the faith I have in it. But, that’s the Potomac, they’re here one day and gone the next. I’m definitely gonna check it tomorrow.”

Going into the final day, Thompson has a chance to win the third BFL event of his career, and his second on the Potomac. His previous Potomac win was in May of 2005 and earned him a little over $3,500 – this win would be a lot bigger than that.

“It’s 0-0 tomorrow,” says Thompson, despite holding a nearly 2-pound lead. “I’ve got 10 anglers in the finals with me tomorrow, if I lose, I’ll lose to unbelievable fishermen who deserve to be here as much as I do. These guys are hot on my heels, and they’re good, they’re real good.” 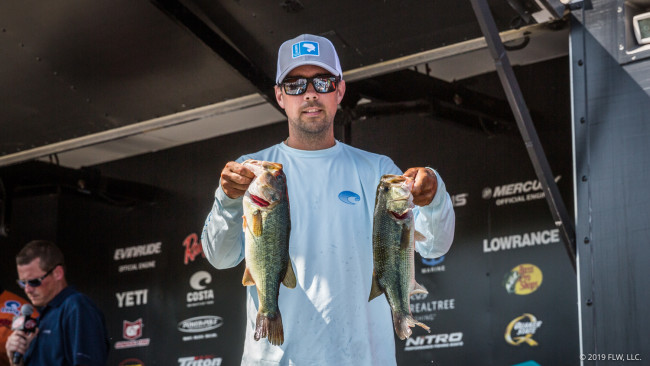 Ben Dacey led day one with 15-14, and he needed every ounce of cushion to hang in the lead after day two. Weighing 10-9 on day two, Dacey totaled up 26-7 for the lead, but Zach Barnes is literally neck and neck with him after weighing 15 pounds even on day one and 11-7 on day two. Because Dacey has had the best day so far, he technically has the lead going into the final day.

“It was another great day,” says Dacey, who hails from Chesterfield, Va. “It was kinda the same thing as yesterday, we caught fish all day long, but yesterday I had two big bites, which made all the difference. Today my fish were all about the same size, but I did cull twice.”

Fishing behind Ronnie Baker, who also made the cut on the boater side, things went well from the get go.

“The guy I fished with today was a stand-up guy, and he’s from the James River, he actually lives about 45 minutes from me,” says Dacey. “It was obvious we both fish rivers – the stuff we had tied on was almost identical.”

Given the chance to compete for an All-American title tomorrow, Dacey says he feels great. However, he recognizes that the luck of the draw can make or break a co-angler day.

“I’m speechless when I think about winning,” says Dacey. “I’ve been fishing really good lately, and I hope it continues for another day. It would be the biggest accomplishment in fishing that I would ever accomplish. I don’t plan on fishing any levels higher than what I’ve been fishing – I work full time, and I’ve got a wife and four kids, I’ve had two really good days and I want to continue it for a third.”