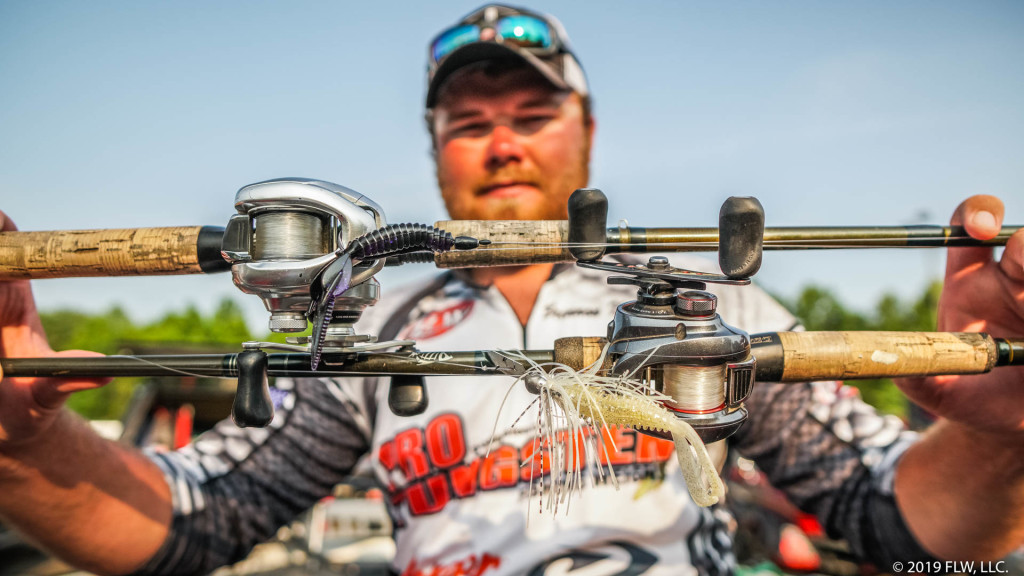 The T-H Marine Bass Fishing League (BFL) All-American, which was presented by General Tire, featured a mixed bag of staple river tactics. As such, a pretty good variety of jigs, vibrating jigs and plastics came into play, with some finesse and hard baits mixed in. If you’re headed to the Potomac at almost any time of the year, something below will catch a bass or two. 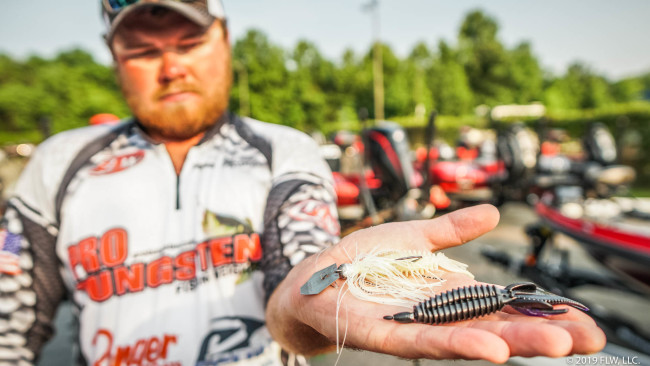 1. Brennon McCord leaned hard on a 3/8-ounce Z-Man ChatterBait Jack Hammer in spot remover and black and blue. He trailered it with either a Strike King Rage Tail Menace Grub or a Zoom Z-Hog Jr. matched to the skirt. McCord also flipped a blacklight-colored Reaction Innovations Sweet Beaver on a 5/16-ounce weight and mixed in a wacky rig a bit as well. 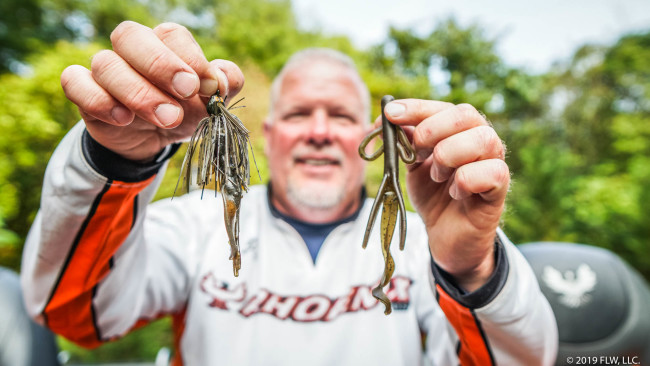 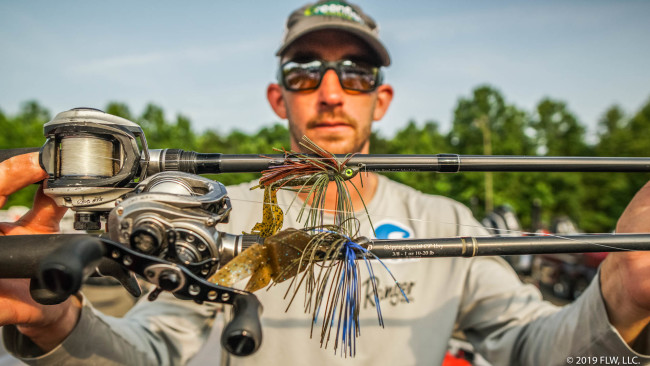 3. Fishing hard cover and one sweet little flat, Bryan New leaned pretty heavy on jigs. He flipped and swam a Greenfish Tackle Chibi Jig, a Chibi Swim Jig and a Dave’s Tournament Tackle Swimming Jig. For the Chibi Jig, he used a 5/16-ounce model and a Zoom Big Salty Chunk in green pumpkin blue for the trailer. For his swim jigs, New went with 1/4-ounce baits and a Strike King Rage Craw as the trailer. Throwing it all on rods from Fitzgerald and 15-pound-test P-Line Ultimate Fluorocarbon, New also mixed in a junebug-colored Zoom Ol’ Monster on a 1/8-ounce Texas rig. 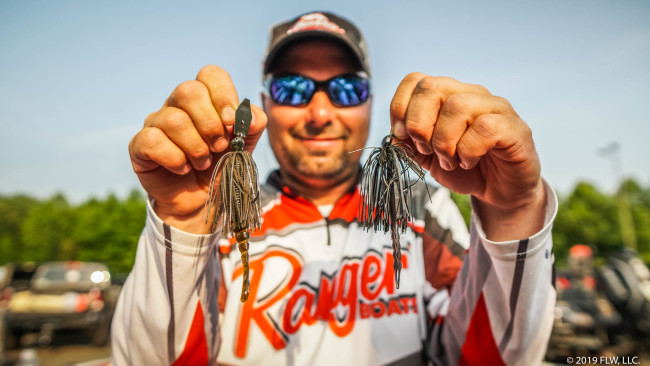 4. One of the steadiest anglers in the field, Chris Martinkovic used a Z-Man ChatterBait Jack Hammer with a Yamamoto Zako, a black and blue Dirty Jigs Swim Jig with a shad-colored 3.8-inch Keitech Swing Impact FAT and a black Shooter Lures jig with a Berkley PowerBait MaxScent Meaty Chunk. 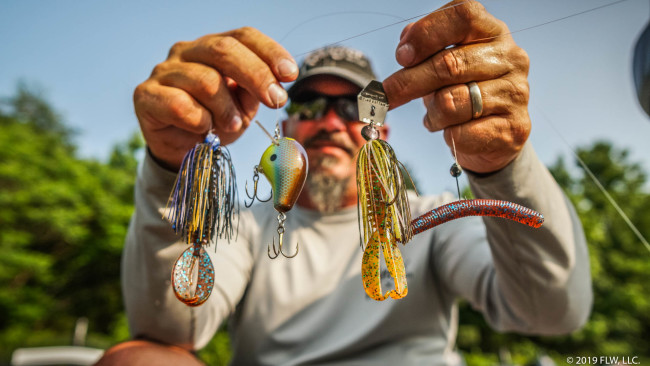 5. Switching things up each day, Troy Morrow used a WEC E1 crankbait in bull bream, a 3/8-ounce Outkast Tackle Juice Jig with a moccasin blue Z-Craw Jr. and a 3/8-ounce Z-Man ChatterBait Custom in breaking bream trailed with a root beer-colored Z-Craw Jr. Morrow also used a special bait in moccasin blue made from the front section of a Zoom Speed Worm. Sort of a stubby stick worm, he rigged it wacky on an 1/8-ounce Gamakatsu G-Finesse Series Wacky Jig Head. 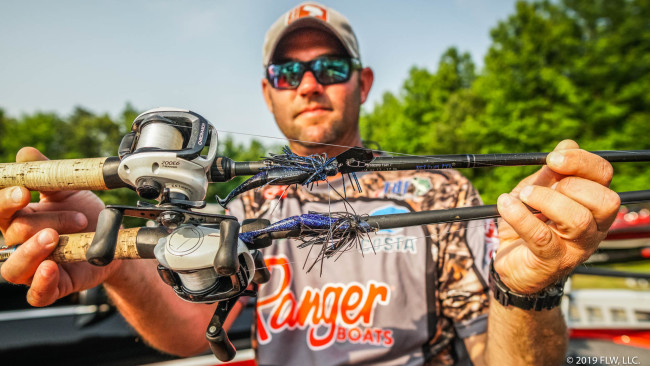 6. Doug Ruster fell on the final day, but he made the most of the grass on days one and two with a 3/8-ounce Z-Man ChatterBait Jack Hammer in black and blue or white with a matching Zoom Z-Craw Jr.for the trailer and a Dirty Jigs No-Jack Swim Jig with a Reaction Innovations Skinny Dipper. Later, when he ran out of trailers, Ruster switched up to a Gambler Little EZ for his trimming needs. 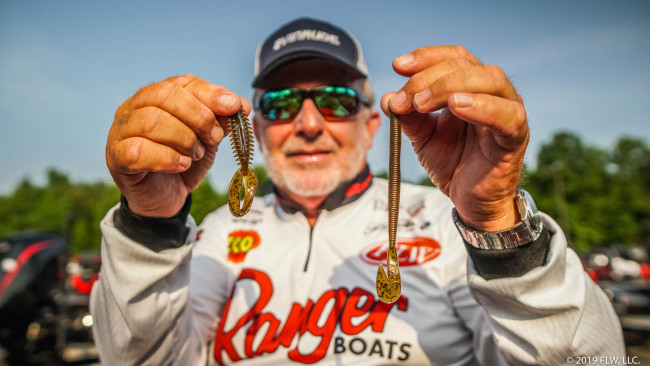 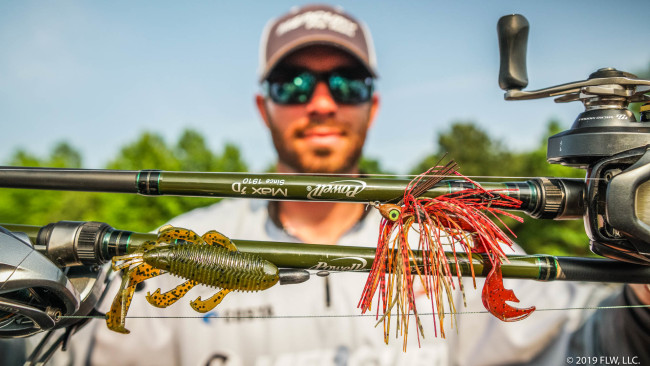 8. Typically, Seth Davis can be found fishing offshore on the Tennessee River, but he adapted pretty well to the Potomac River. Like seemingly everyone else, he fished a 3/8-ounce Dave’s Tournament Tackle Swimming Jig, but he used Potomac red and trailered it with a Falcon Lake craw-colored Strike King Rage Chunk. He also flipped a Googan Baits Bandito Bug with a 5/16-ounce weight. 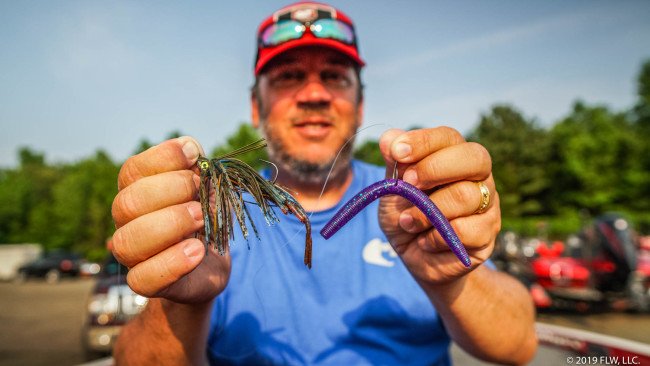 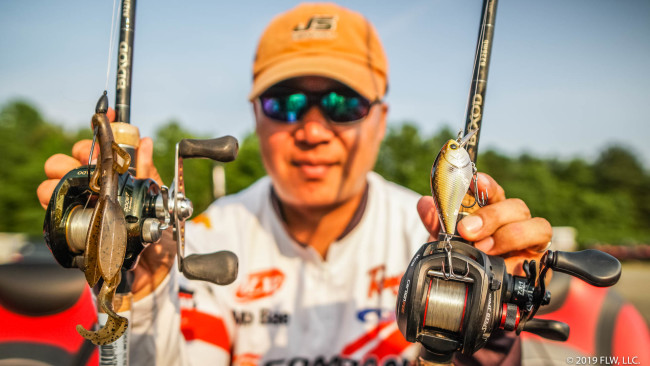 10. Moo Bae did most of his damage on a Zoom Brush Hog with a 1/2-ounce weight, a 5-inch Yamamoto Senko in green pumpkin on a wacky rig and a Lucky Craft RC 1.5 in perch.