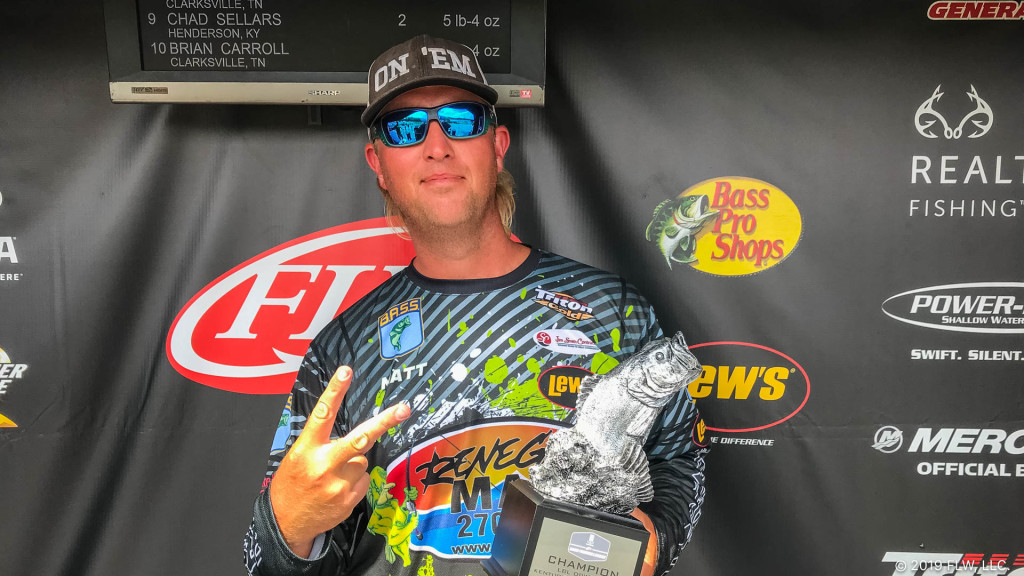 Matt Robertson of Kuttawa, Kentucky, swept the T-H Marine FLW Bass Fishing League (BFL) LBL Division this weekend after winning back-to-back tournaments on Kentucky and Barkley lakes presented by Navionics, the first on Saturday and then again on Sunday. For his wins, Robertson earned a total of $7,842.

“I was fishing the mid-section of Kentucky Lake – from the Blood River to the Highway 68 Bridge,” says Robertson, who earned his first two wins in FLW competition. “I didn’t catch a whole lot of fish Saturday – probably seven keepers. The high water had the schools busted up.”

“I was just fishing points at the mouths of the bays, where the fish would come to after they spawned,” says Robertson. “I think the lake is about a month behind, and a lot of them are just now getting done.”

On Sunday, Robertson returned to a couple of spots he’d fished Saturday, but they didn’t produce. He went searching and found a couple of small schools around the mouth of Jonathan Creek. He again fished the Scottsboro Tackle swimbaits, but adds he caught the majority of his fish on a Texas-rigged, green-pumpkin-colored Strike King KVD Perfect Plastic Bullworm. Robertson says he caught around 10 keepers Sunday.

“My fish were all largemouth this weekend,” says Robertson. “I just had to keep an open mind and not get too stuck on where I’d been catching them. The fish are moving a lot with the rising water.” 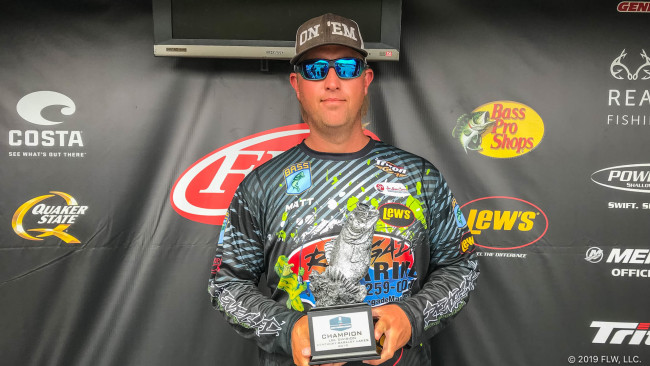 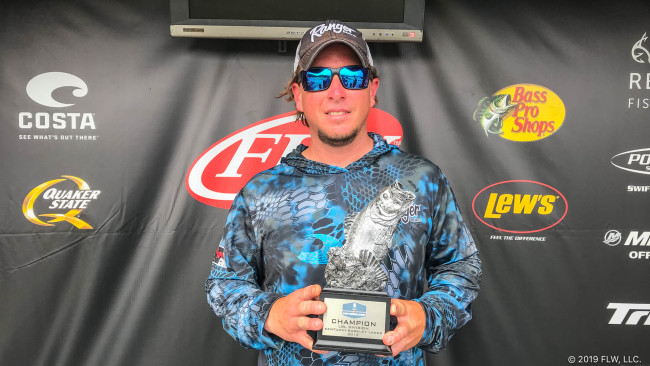 Complete results and Big Bass award winners from Saturday’s BFL event can be found at FLWFishing.com. 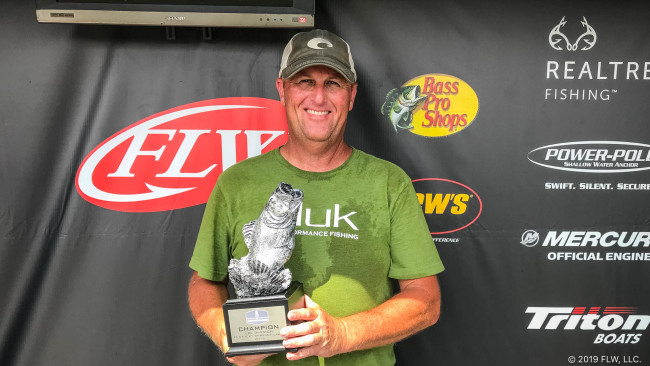 Complete results and Big Bass award winners from Sunday’s tournament can be found at FLWFishing.com.

The two tournaments were hosted by the Henry County Alliance.