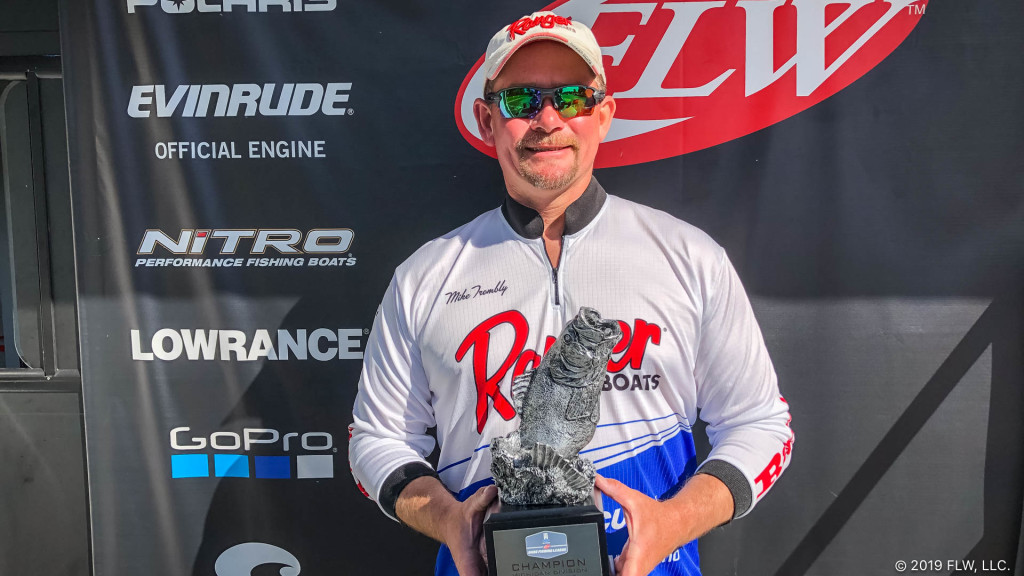 “I fished the north shore of Lake Erie – everything came from 24 to 28 feet,” says Trombly, who earned his eighth career win in FLW competition – all launching out of the Detroit River. “I used shad-style baits – all of the fish that I weighed in came from drop-shots.”

Trombly says he used a few different baits on his drop-shot – a Zoom Fluke, a Strike King 3X ElazTech Z Too Soft Jerkbait and a Berkley PowerBait MaxScent Flatnose Minnow. He also rotated in a LureCraft Big D darter-style bait, adding that everything he used was in shad-style colors.

“I had to soak it through the rock piles and breaks I was fishing to get the fish to bite,” says Trombly. “They were finicky – we had a strong northeast wind and the current ran the opposite, moving from west to east. You had to play the current to get them to strike. It was all about presentation.”

Trombly says he caught around 10 keepers throughout the day – all smallmouth. He credited his G. Loomis [IMX822S DSR IMX] Dropshot Spinning Rod and Shimano STRADIC CI4+ reel as being key components of his day.

“With the amount of current I was fishing, at those depths, the sensitivity really made an impact on my catch – I could feel the bites.”

Gary Solomon of Clinton Township, Michigan, caught a bass weighing 5 pounds, 15 ounces – the heaviest of the event in the Boater Division – and earned the day’s Boater Big Bass award of $445. 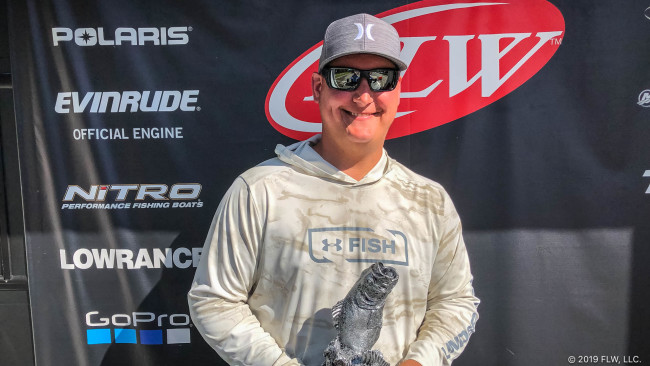 Neil Heisler of Plymouth, Michigan, caught the heaviest bass in the Co-angler Division, a fish weighing in at 5 pounds, 13 ounces. The catch earned him the day’s Co-angler Big Bass award of $222.