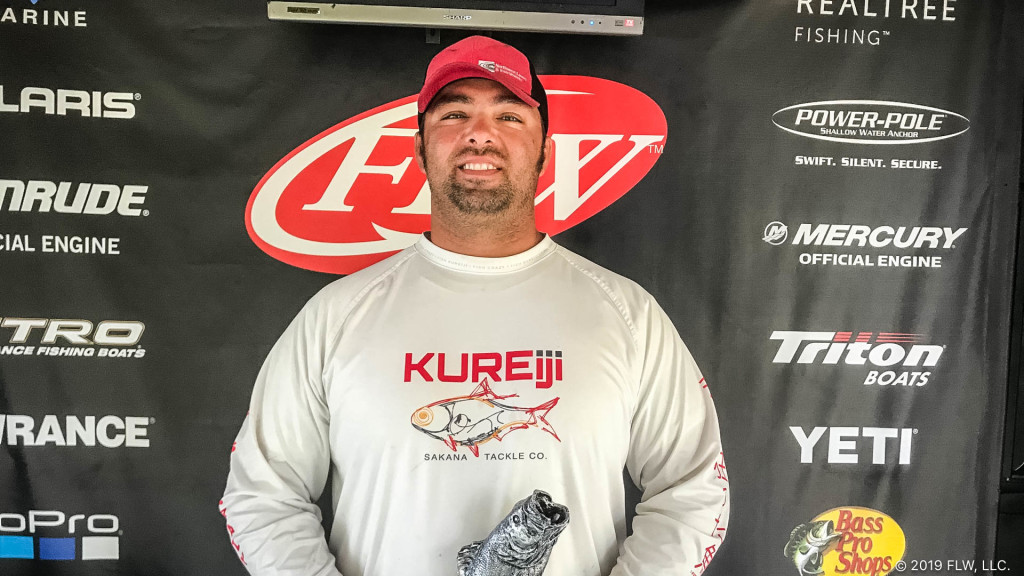 Lobato says he caught his fish over the weekend on the upper end of Pool No. 8. He got an early limit Saturday working a Bone-colored Heddon Zara Spook around scattered eelgrass. Looking to upgrade, he switched to a 3/8-ounce black and blue-colored Kureiji flipping jig with a Sapphire Blue Zoom Super Chunk trailer, which he threw around wood in 10 to 12 feet of water, specifically in deep holes next to grass flats.

On Sunday, Lobato couldn’t get the topwater bite going, so he opted for a Banana Shad Kureiji Mississippi swimming jig, which he worked in the same grass as Saturday.

“I got a limit, but it was small,” says Lobato, who logged his first win in FLW competition. “I upgraded a couple of times dragging the [Kureiji] flipping jig in the holes. At about 10 [a.m.], I switched to a shad-colored [Strike King] 5XD crankbait and caught two big fish away from the wood, a little deeper. I think they were preparing for the weather to cool down.”

Lobato says he managed to catch 30-plus keepers each day, weighing in all largemouth.

“Catching fish on the swim jig Sunday was key for me because I knew everything had changed. I think the weather was cooling off and they’re not used to it yet.”

Travis Seitzinger of Avon, South Dakota, caught a bass weighing 4 pounds, 7 ounces – the heaviest of the event in the Boater Division – and earned the day’s Boater Big Bass award of $333. 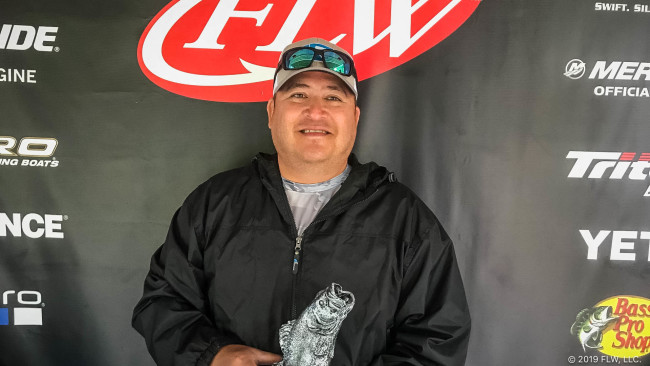 Mark Persson of Otsego, Minnesota, caught the heaviest bass in the Co-angler Division, a fish weighing in at 4 pounds, 3 ounces. The catch earned him the day’s Co-angler Big Bass award of $334.