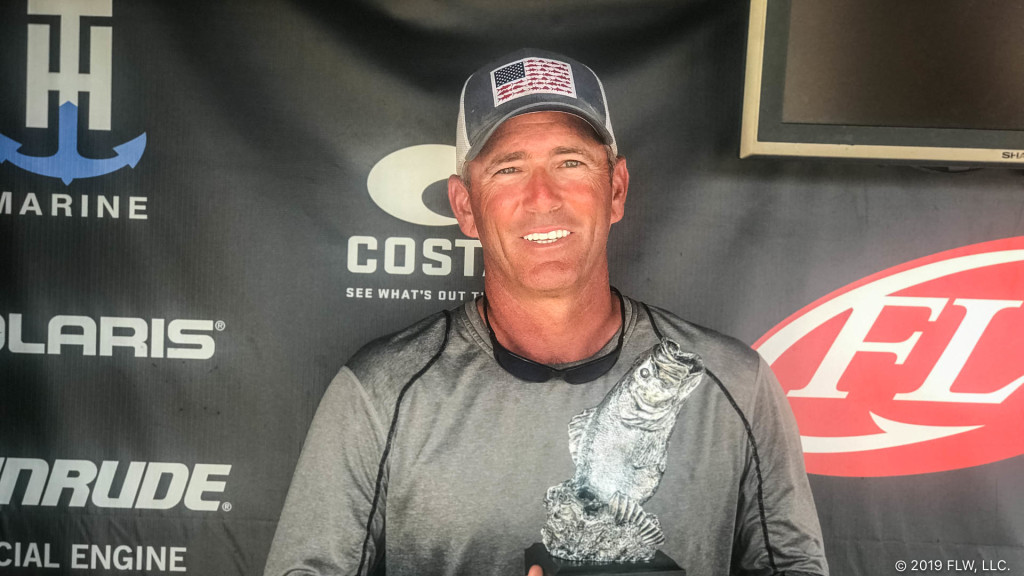 Shadowens caught nine of the 10 fish he weighed on a green pumpkin-colored Zoom Magnum Trick Worm on a 5/16-ounce homemade wobblehead.

“I was fishing boat docks in 5 to 10 feet of water in the Horse Creek arm of the lake,” says Shadowens, who notched his first career win in FLW competition. “I had two areas that were about 50 yards apiece, and I just rotated back and forth between them for two days.

“I caught fish on the backs of the docks and I caught them on the front of them,” continues Shadowens. “I caught six keepers each day – about a bite every hour. It was just kind of random where they were sitting. It didn’t matter the time of day.”

Shadowens weighed all largemouth, including one he caught on a ½-ounce custom brown jig with a 3½-inch green pumpkin Zoom Ultra Vibe Speed Craw trailer.

My [7-foot, 2-inch medium-heavy] Falcon BuCoo [SR Casting] rod was a big part of my catch. The bite was pretty subtle and it helped me feel them and get them in the boat.”

McLarty caught a bass weighing 6 pounds, 10 ounces – the heaviest of the event in the Boater Division – and earned the day’s Boater Big Bass award of $705. 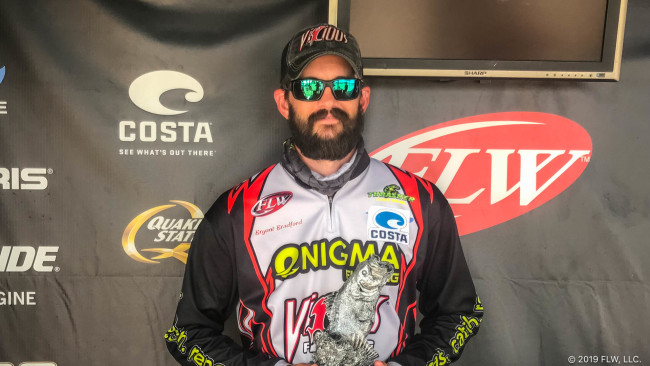 Scott Suver of South Greenfield, Missouri, caught the heaviest bass in the Co-angler Division, a fish weighing in at 7 pounds, 1 ounce. The catch earned him the day’s Co-angler Big Bass award of $352.