Williams Winds and Flips on Dardanelle 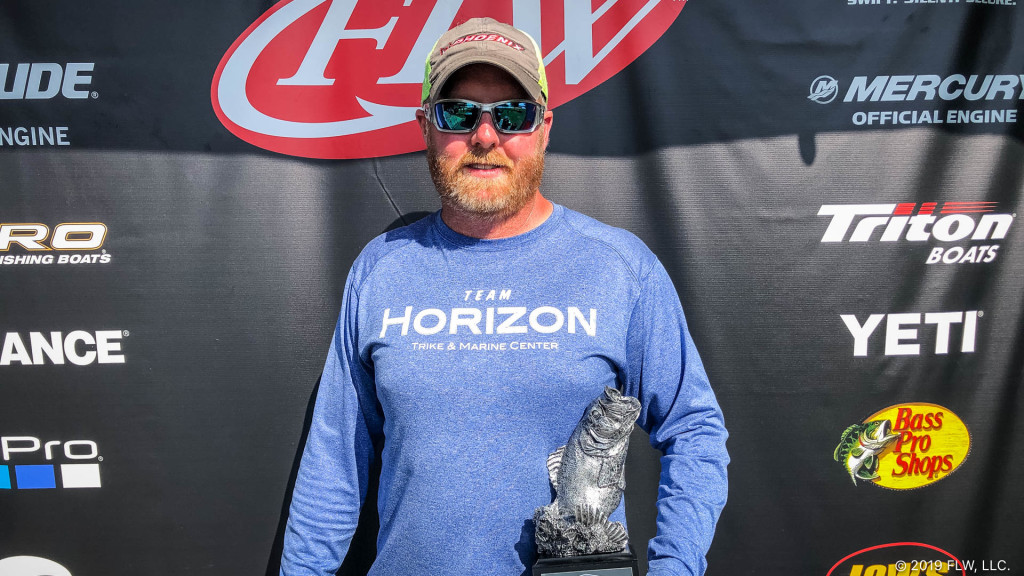 Williams says he spent each day of the tournament up the Arkansas River, in the Spadra area of the lake.

“I worked along main-lake points that had some good current on them. It seemed like the channel swings were the best,” says Williams, who earned his first career win in FLW competition. “I was flipping rock and laydown wood – wood that was in the current. It held the bigger fish. If you could find a point that had laydown logs on it, there seemed to always be big fish on them.”

“I ran to the back of some pockets Saturday in the same area and mainly fished blowholes. If it had a creek channel coming out, that was good,” says Williams.

On Sunday, Williams stuck with his main-lake pattern and was able to catch a limit by 8:30 a.m. Sitting on around 12 pounds of fish, he was able to cull up to 17 pounds with the help of a 4-pounder that he caught with an hour left in competition.

Hutson caught a bass weighing 5 pounds, 13 ounces – the heaviest of the event in the Boater Division – and earned the day’s Boater Big Bass award of $547. 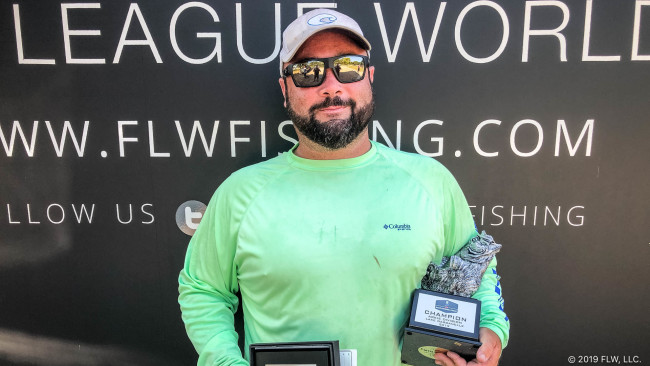 Pinter also caught the heaviest bass in the Co-angler Division, a fish weighing in at 5 pounds, 10 ounces. The catch earned him the day’s Co-angler Big Bass award of $274.