Spots or largemouths could win the season opener 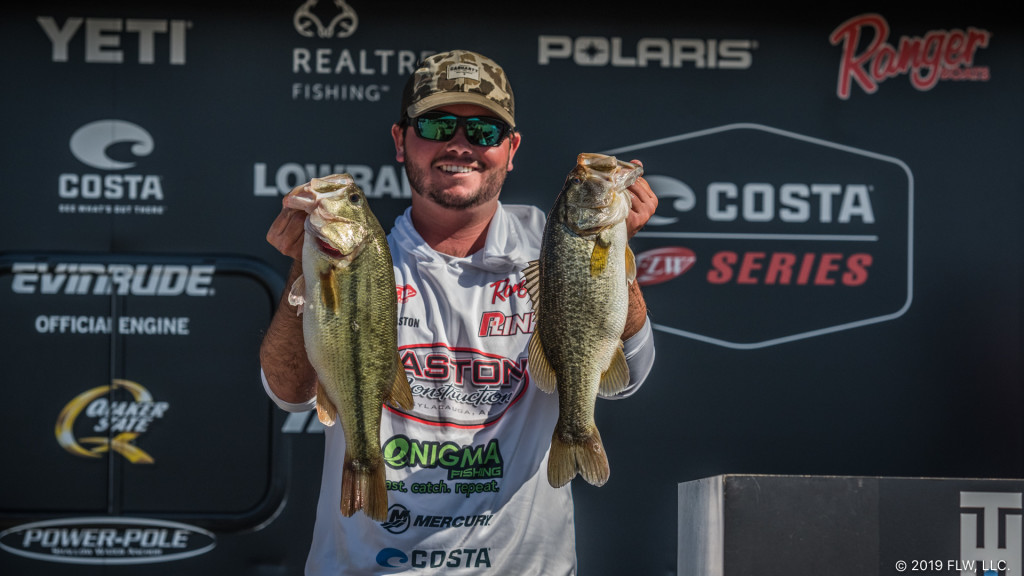 Big largemouths and lots of spots are the main attractions at Alabama’s Lake Martin, where the Phoenix Bass Fishing League presented by T-H Marine Bama Division kicks off its 2020 season Feb. 8.

Local hammer David Gaston, who’s won the last two Bama events at Martin, expects a typical wintertime tournament this season with solid weights across the board.

The 44,000 acres of water that comprise Lake Martin sprawl out into seemingly endless cuts, creeks and coves in somewhat typical highland impoundment fashion. It’s a clear-water reservoir, with deep creeks and plenty of structure – brush, points and drop-offs mostly – to catch largemouths and spotted bass.

Traditionally at Martin, tournaments have been won with largemouths, but spotted bass have recently been the beneficiaries of a burgeoning population of blueback herring, making it possible now to win with five “Kentuckies” or a mixed-bag limit.

“It’s sort of like Lake Hartwell, except the spotted bass aren’t as big,” says Gaston. “But there are blueback herring in the lake, and now the tournaments are getting won a lot more with spotted bass.”

You can expect a heck of a lot of hooksets when the Bama Division’s best square off in Alexander City.

“February is a great month to catch spots, and it’s fun to catch them because there are a lot of fish and they’re easy to catch on main-lake points, offshore humps, boat docks … anything that looks like it ought to have a fish on it has got them,” says Gaston. “It will definitely be a winter pattern. The prespawn doesn’t really kick off until later in the year. When the Pro Circuit gets here in late March, it’ll be perfect for prespawn fish.”

Gaston predicts a winning weight on the boater side between 15 and 17 pounds, with the winning co-angler catching 12 to 14. Weights will most likely be close throughout the standings.

Spots will be caught on typical wintertime tactics such as working a deep jigging spoon, winding a swimbait, or fishing points and brush with a jerkbait.

Largemouths can be caught on deep brush piles and around deep docks, but also on crankbaits and other shallower options.

“There will definitely be a shallow pattern, for sure,” adds Gaston. “Most tournaments are won shallow. But still, a lot of guys will catch them out in brush in 20 feet of water.

“You can pick your poison down there.”