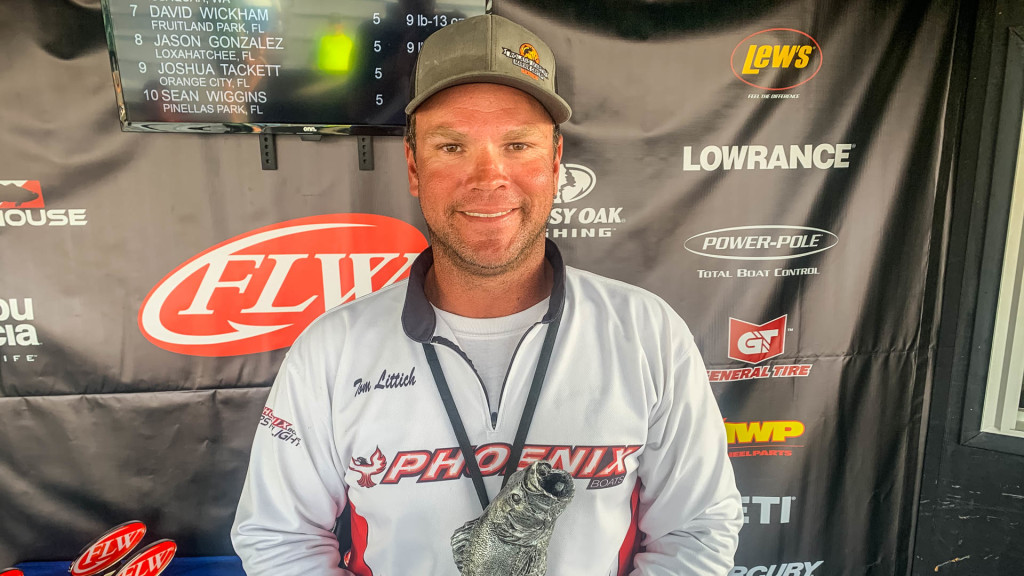 The tournament was the second of five events in the Gator Division presented by A.R.E. Truck Caps.

“I’ve fished these tournaments for six years, and this is the first time that I’ve gotten to hold one of these fancy winner trophies up,” says Littich, who was fishing in his 36th career Bass Fishing League event. “The feeling that I got when I knew I had the win was absolutely awesome.

“I started my day up north, near the Monkey Box area, then I ended up around Observation Shoal,” Littich continues. “Those were the two main areas that I fished. I bounced to one spot about halfway down the shoal, then came back in at the end of the day.”

Littich caught his fish on a variety of baits. His first bass – a 7-pounder – came on a Z-Man ChatterBait. An hour and a half later, Littich boated a 6-pounder on a black and blue-colored Yamamoto Senko. Another key bite came late in the day flipping a Gambler Burner Craw with a 3/8-ounce weight.

“The key was not getting out of my own head,” Littich went on to say. “It was a very slow bite this morning, so I had to take my time and not get worried.”

Littich took home an extra $2,500 as the highest finishing FLW PHOENIX BONUS member. Boaters are eligible to win up to an extra $7,000 per event in each Phoenix Bass Fishing League presented by T-H Marine tournament if all requirements are met. More information on the FLW PHOENIX BONUS contingency program can be found at PhoenixBassBoats.com. 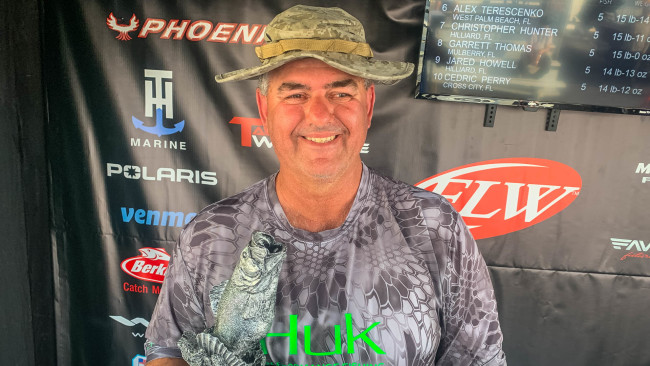 Vidal Melendrez of Miami, Florida caught the largest bass in the Co-angler Division, a fish weighing in at 6 pounds, 12 ounces. The catch earned him the day’s Co-angler Big Bass award of $347.