Summertime Patterns Taking Over at Dardanelle

Current, shade and the offshore bite will dominate when Arkie Division returns to action 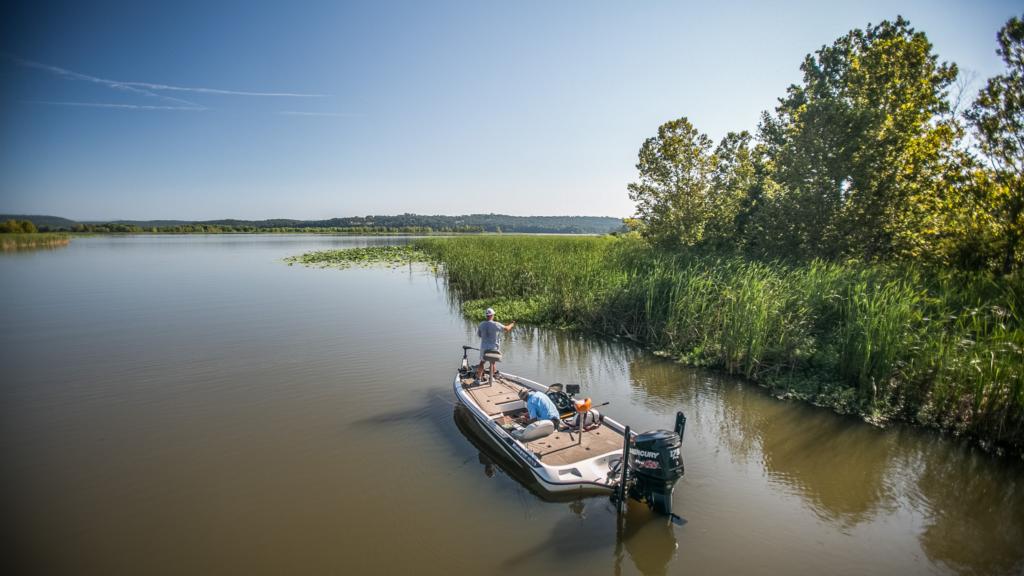 Phoenix Bass Fishing League presented by T-H Marine competition is returning to Arkansas when the Arkie Division picks up competition with a weekend doubleheader June 13 and 14.

Each day’s competition will be a standalone tournament, with coveted AOY points toward Regional qualification at stake both days.

Mid-June on the Arkansas River is the start of the summertime bite. According to local hammer Josh Ray, who won the 2019 Arkie Division AOY title as well as the division’s 2020 season opener, the offshore bite should just be ramping up when FLW returns to the Natural State. 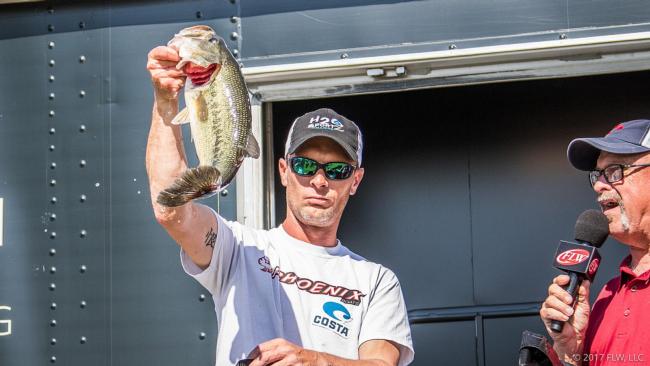 Therefore, conditions, cover and structure can vary across the board. In most summers, Dardanelle features water clarity ranging from 8 to 10 inches in the lower end and 5 to 6 inches on the main river – barring a heavy rainfall, that is. Water temperatures in mid-June could be creeping into the upper 80s in some areas, contributing to a transition to pretty typical warm-weather patterns.

One wild card is that locking down to the Arkansas River is permitted. The tailwater fishery has produced big stringers of bass before, and current-related summer patterns can bring power-fishing into play for anglers not interested in finesse fishing offshore. The river will also help spread out the field. That’s a good thing as bass start to group up into predictable areas.

Ray, of Alexander, Ark., expects 18 to 19 pounds to win each tournament, but we could assume fishing will get more difficult in Sunday’s second event.

Like in most places throughout the South, rainy, cloudy conditions would make shallow fishing better and could extend a shallow morning bite, but the odds of winning are really best by moving out into deeper water.

“I would expect it to be an offshore deal by then, dragging worms through brush piles and on drops,” says Ray, who owns a granite countertop business. “You can catch them a little bit cranking or maybe on a jig, but mainly it’s gonna be worms.”

Dardanelle’s best offshore spots are on the lower end and tend to get crowded, so a good boat draw might factor into an angler’s game plan. Current should also be considered. A little flow can help position bass on key offshore spots, but it can also turn on other patterns. Ray says the upper end of the reservoir – where it transitions back to “river” – is a good place to get a lot of bites up shallow when the water’s dirty and moving, but it’s not the best place to win in mid-June. The bridges will also draw a crowd when the current’s flowing.

Finally, Dardanelle is a place where a few other low-numbers, high-potential strategies might work for an angler who’s willing to gamble. Frogging shade, flipping grass or flipping docks might turn up a couple of Dardanelle toads, but getting five good bites isn’t guaranteed. 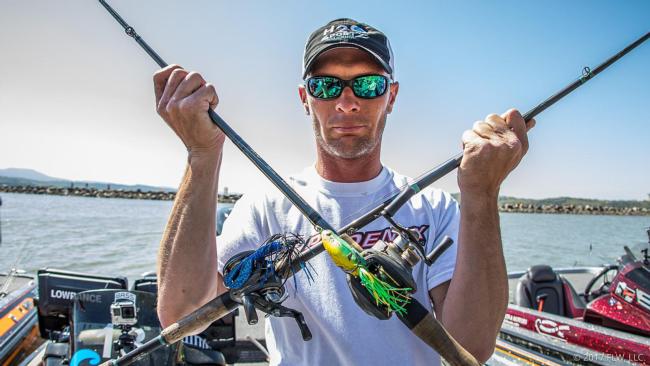 You can’t go wrong with a 10-inch Berkley PowerBait Power Worm for picking apart offshore brush, stump fields and river-channel ledges. Crankers can opt for just about any deep-diver, but for fishing brush, specifically, the SPRO Little John DD series is a well-known regional producer. Just match the specific crankbait model to the desired depth.

Up shallow, the baits and tactics really depend on the section of the lake. A spinnerbait, jig or crankbait could catch fish in the dirtier water up the lake and below the dam. Swimbaits, drop-shots and other options might work better on bridges and in clearer areas. And a toad, frog, buzzbait or other topwater should be in hand early in the morning.