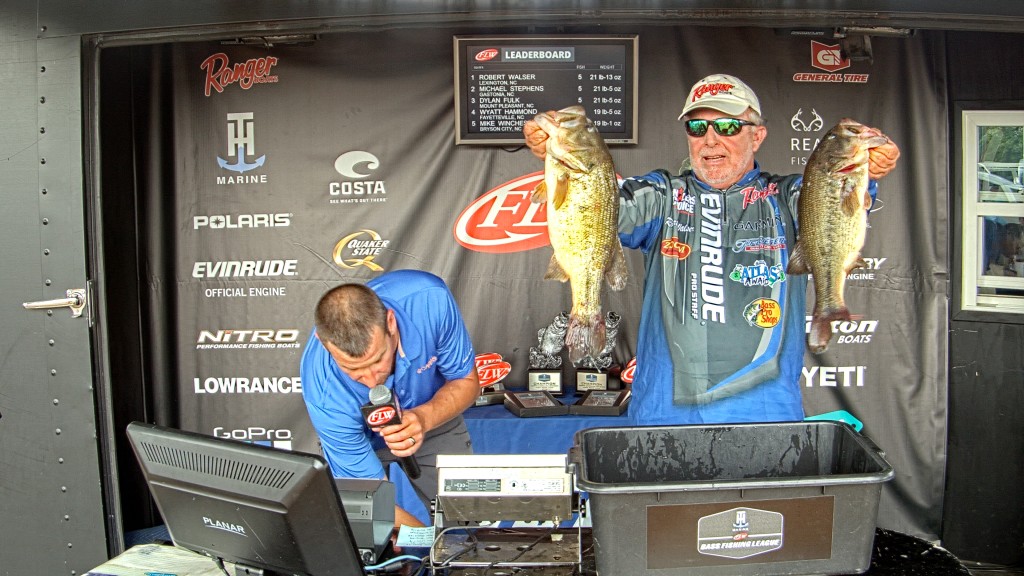 The Phoenix Bass Fishing League presented by T-H Marine Piedmont Division continues its season with back-to-back tournaments on Kerr Lake on July 18 and 19.

Both competition days will be standalone tournaments with a new winner crowned each day. Even with two days of fishing pressure, Kerr has plenty of water for anglers to spread out. 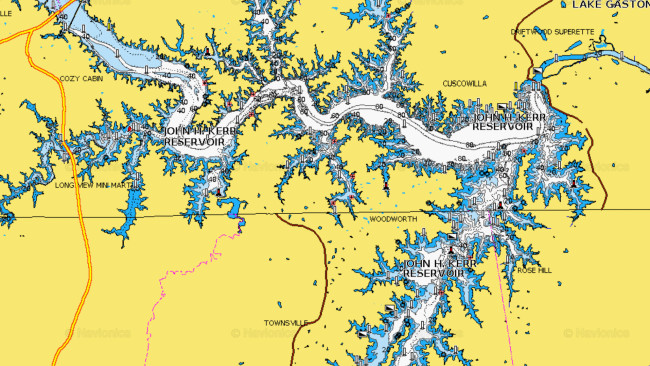 Once one of the premier reservoirs in the south, Kerr is still a consistent producer and a popular stop for smaller tournaments. Robert Walser has won five times in FLW competition on Kerr and gave us the scoop this time around.

“Typically, at normal pool it’s about a 50,000-acre flatland lake. There are a lot of stumps out on the bars and points and the typical rocks out on those places,” says Walser. “When it is up, there are bushes and gum trees and that kind of stuff. Typically, this time of year you can see 3 or 4 feet, but it’s less clear up the river.”

For species, largemouth are the target on Kerr, with shad and bream as the primary forage. 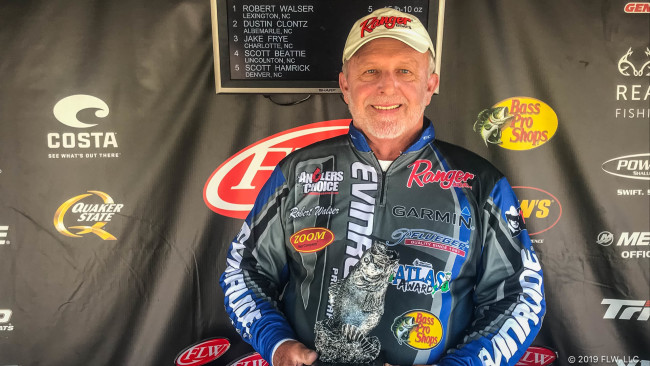 This year, Kerr has seen a lot of high water, and is thus dirtier than normal.

“It has fallen, plus or minus, 9 feet in the last week,” says Walser. “It was 13 feet high, but it is trying to get to normal. Typically, summer pool is at approximately 299 feet, which is about a foot low, so it is stable and clear in the summer. In July, most of the time, it’s a 10- to 18-foot deep bite with most of it going on off the bank, with a crankbait and a Carolina rig. But, with this going on, I don’t know what’s going to happen.

“Normal years, they’re not schooled up as much in July as they are in late June, simply because they’ve got beat up pretty good and are starting to move around.”

This year, with water at a decent level, the offshore fishing could turn out to be quite good. If the water jumps up again (or stays higher than usual) it could be a shallow bite, though, we’ve seen plenty of events with high water feature good offshore bites as well.

Walser says if the water is high, he would plan on fishing shallow, targeting the lake’s abundant wood cover.

“That’s the way I’m going to try to fish it if it is high,” explains Walser. “But, so many of these bushes and trees have soured. They’ve kinda died and the leaves have slime on them, and the fish don’t like to use them. Then you’ll need to find other stuff, but if the water is still high, that’s how I’m going to try to catch them.”

For weights, if the limit is five fish (some recent events have gone to three-fish limits due to extreme heat), Walser thinks 17 or 18 pounds would be a good mark to shoot for, with 20 pounds being a surprising outlier considering the conditions and time of year. 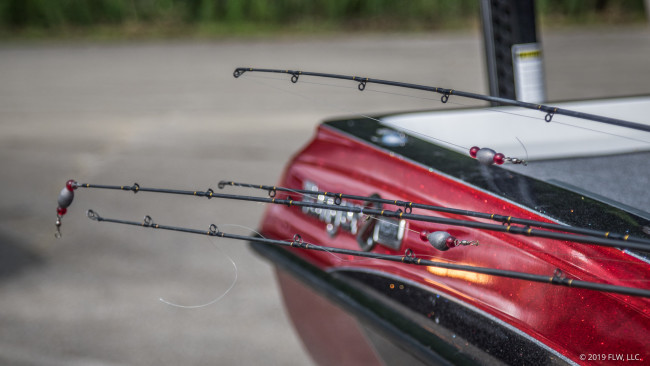 Offshore cranking and dragging are the go-to methods on Kerr, so you’d be well advised to bring some deep-divers and a Carolina rig. Shaky heads and drop-shots are also a good option if the fishing is tougher.

Up shallow, a variety of baits could get it done, from topwaters to flipping and cranking. Anglers will probably want to bring their favorite flipping and pitching bait and then a moving option or two to fish around shallow cover.