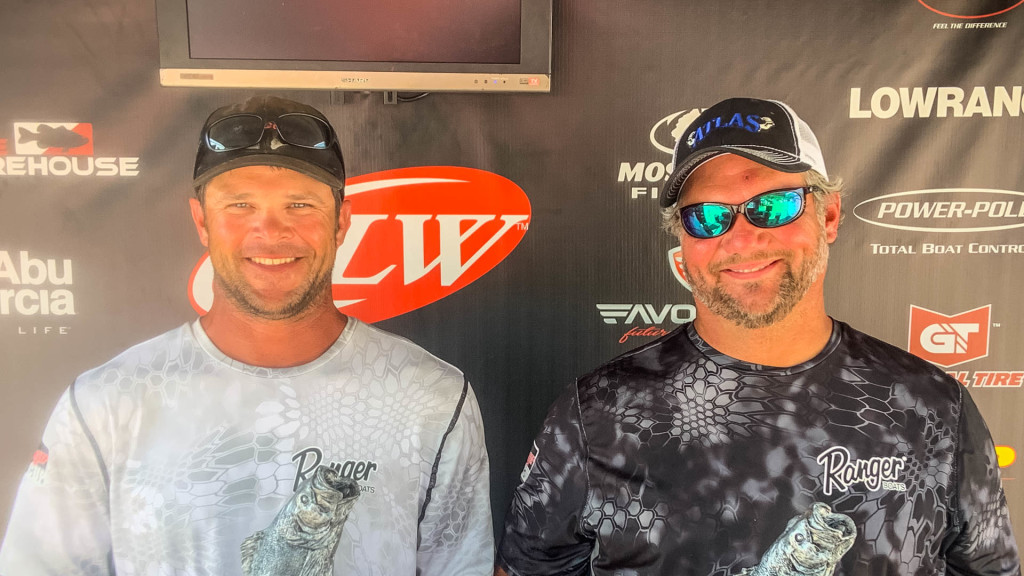 Dan Shoraga of West Frankfort, Illinois, and Mike Brueggen of La Crosse, Wisconsin, each brought a five-bass limit to the scale Saturday weighing 11 pounds, 3 ounces, to tie for the win at the Phoenix Bass Fishing League presented by T-H Marine event at Rend Lake. For their wins Shoraga earned a total of $4,321, including the $1,000 Mercury Marine contingency bonus, while Brueggen brought home $3,321.

“I had seven bites all day, and managed to put them all in the boat,” says Shoraga, who earned his fourth career BFL win. “I knew it was going to fish tough, but I put my head down and just flipped the creeks all day.”

Shoraga flipped black neon- and hematoma-colored beaver-style baits on the north end of the lake.

“I started early with a buzzbait, mid-lake, then worked my way north as the day progressed,” Brueggen says. “I caught two on the buzzbait and one out deep on a worm. As I worked up north, I caught one flipping and got my fifth keeper on a crankbait in the afternoon.”

Brueggen is now the early favorite for the October Regional Championship tournament, scheduled for his home waters of the Mississippi River in La Crosse, Wis.

“I don’t think there has ever been a regional championship in La Crosse before, so I’m really looking forward to that one,” Brueggen goes on to say. “The river in October should be really good.”

Terry Fitzpatrick of Waukon, Iowa, claimed the day’s Boater Big Bass Award of $635 after bringing a 5-pound, 3-ounce bass to the scale.

Jodie Lanter of Carlyle, Illinois, took home an extra $500 as the highest finishing FLW PHOENIX BONUS member. Boaters are eligible to win up to an extra $7,000 per event in each Phoenix Bass Fishing League presented by T-H Marine tournament if all requirements are met. More information on the FLW PHOENIX BONUS contingency program can be found at PhoenixBassBoats.com. 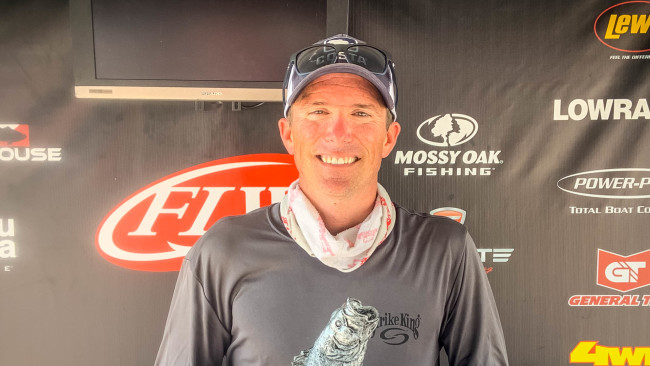 Mandrell caught the largest bass in the Co-angler Division, weighing in at 5 pounds even. The catch earned him the day’s Co-angler Big Bass award of $158.

The 2020 Phoenix Bass Fishing League presented by T-H Marine on Rend Lake was the second of five qualifying tournaments in the Illini division.