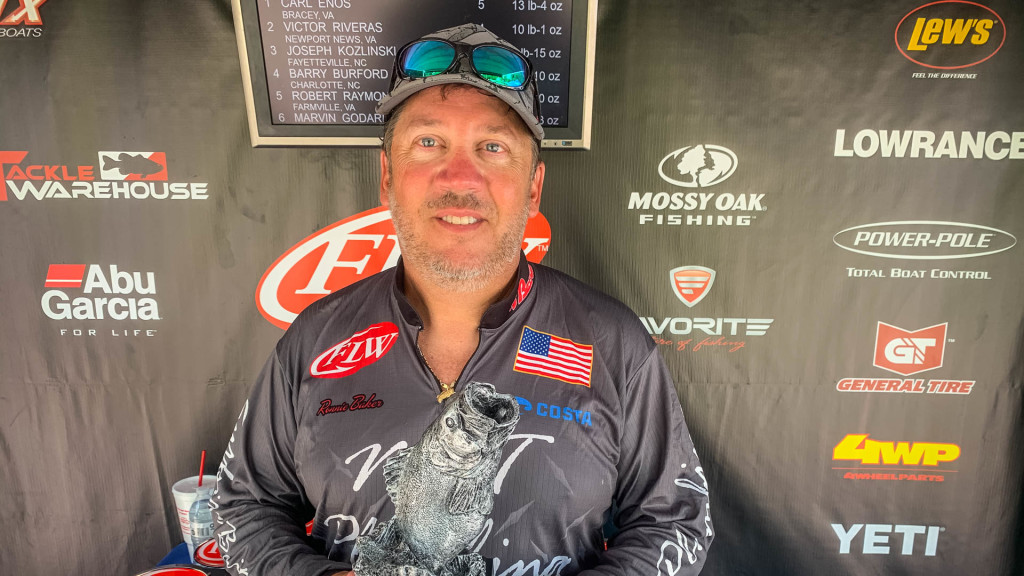 It was a double-header for weekend bass anglers this past weekend in Henderson with the Phoenix Bass Fishing League presented by T-H Marine on Kerr Lake events.

Boater Ronnie Baker of Providence Forge, Virginia, had a very successful weekend, winning both events back-to-back. Baker brought a five-bass limit to the scale totaling 16 pounds even to win Saturday’s event and earn $3,466, then backed it up with another five-bass limit on Sunday – this one totaling 14 pounds, 15 ounces – to earn the win $3,122.

“Winning is hard enough, but to win two in a row against this field of anglers is unbelievable,” says Baker, who had one prior career victory coming into the weekend. “Going back-to-back is a dream come true.

“I stayed mostly in Nutbush Creek both days; I maybe ventured out a mile,” Baker continues. “I rotated through the same four or five spots both days. There is a lot of shad out on the points, and they reload overnight.”

Baker caught the majority of his fish in 12 to 15 feet of water on an unnamed ½-ounce swim jig with a green-pumpkin Zoom Speed Craw, although he also mixed in a ½-ounce football jig on Sunday.

Wright picked up Saturday’s FLW PHOENIX BONUS of $500 as he was the highest-finishing member. Boaters are eligible to win up to an extra $7,000 per event in each Phoenix Bass Fishing League presented by T-H Marine tournament if all requirements are met. More information on the FLW PHOENIX BONUS contingency program can be found at PhoenixBassBoats.com. 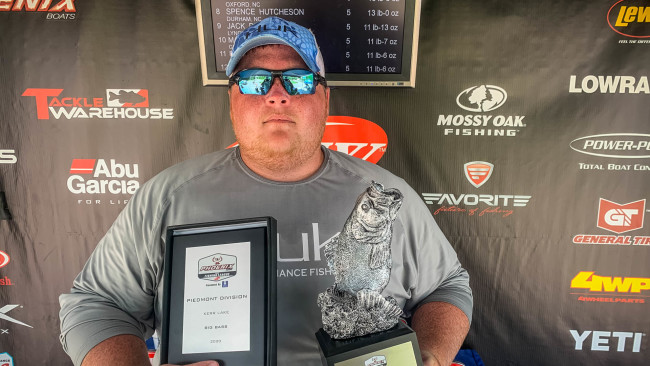 Enos caught the largest bass in the Co-angler Division, weighing in at 5 pounds, 2 ounces, to win the day’s Co-angler Big Bass award of $212.

Complete results for Sunday’s event on Kerr Lake can be found at FLWFishing.com.

Wright also added Sunday’s FLW PHOENIX BONUS of $500 as he was the highest-finishing member.

The 2020 Phoenix Bass Fishing League presented by T-H Marine Double-Header on Kerr Lake was the second and third of five qualifying events in the Piedmont Division.