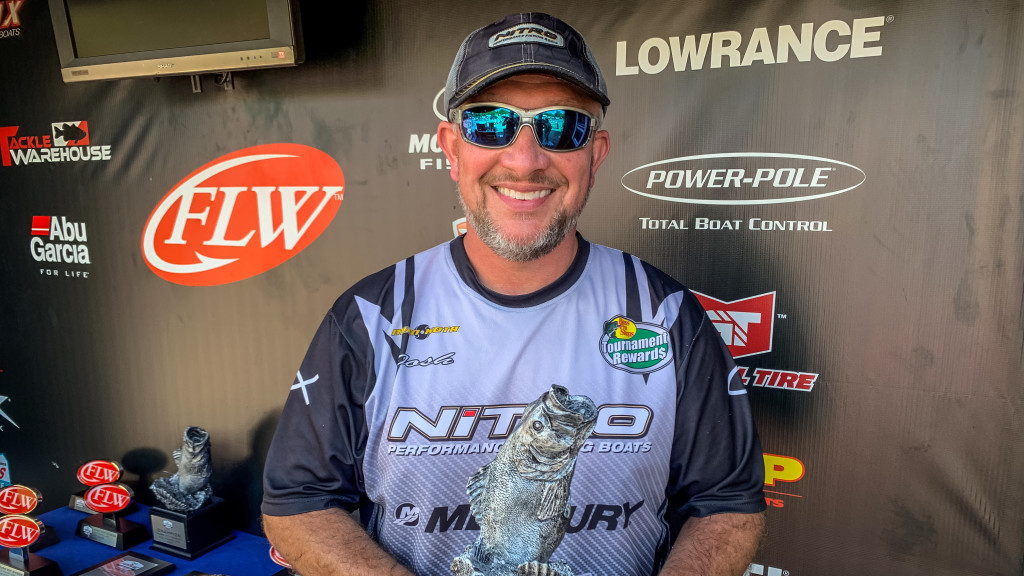 The tournament was the fifth and final event in the Music City Division presented by A.R.E. Truck Caps.

“I had two spectacular days and caught them mostly on a schooling spot,” says Tramel, who earned his seventh career victory in FLW competition. “Saturday was real crazy, but Sunday was kind of a struggle. I was catching them on topwater baits, a squarebill crankbait, and I caught a couple of really good ones on a worm on a few deep holes. But the majority came on the squarebill and topwater.”

Clabion Johns of Social Circle, Ga., brought a 4-pound, 15-ounce bass to the scale to win the Boater Big Bass award of $532.

Wagner took home an extra $500 as the highest finishing FLW PHOENIX BONUS member. Boaters are eligible to win up to an extra $7,000 per event in each Phoenix Bass Fishing League presented by T-H Marine tournament if all requirements are met. More information on the FLW PHOENIX BONUS contingency program can be found at PhoenixBassBoats.com. 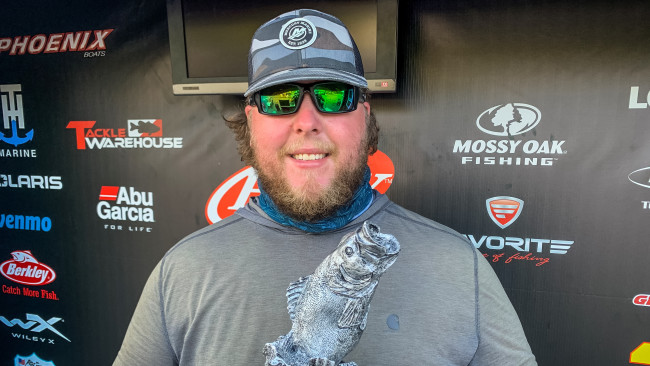 Kutil caught the largest bass in the Co-angler Division, a fish weighing in at 5 pounds, 2 ounces. The catch earned him the Co-angler Big Bass award and added $266 to his winnings.

Now the top 45 boaters and co-anglers in the Music City Division presented by A.R.E. based on point standings, along with the five winners of each qualifying event, will be entered in the Oct. 22-24 Bass Fishing League Regional Championship on Lake Lanier in Gainesville, Ga., hosted by the Gainesville Convention and Visitors Bureau. Boaters will compete for a $60,000 prize package, including a new Phoenix 819 Pro bass boat with a 200-horsepower Mercury outboard and $10,000, while co-anglers will fish for a new 18-foot Phoenix bass boat with a 200-horsepower outboard.