Drop-Shot and Jig for Shockley on LOZ 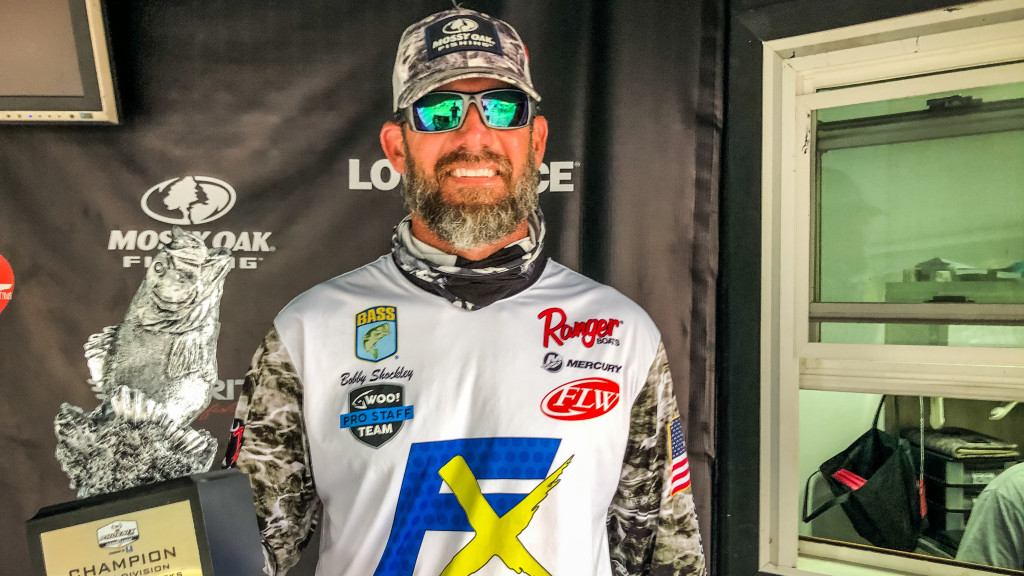 Boater Robert Shockley of Springfield, Missouri, brought a two-day total of 10 bass to the scale this weekend weighing 35 pounds, 3 ounces to win the Phoenix Bass Fishing League presented by T-H Marine Super-Tournament at Lake of the Ozarks. For his win at the event, presented by Navionics, Shockley earned $6,295.

The tournament was the fifth and final event in the Ozark Division presented by Tournament Anglers Group (TAG).

“I caught all of my fish on the first day on a drop-shot rig,” said Shockley, who earned his first career Bass Fishing League win. “On day two, they were eating the jig.

“I had my weight by 10 (a.m.),” Shockley continued. “I sat down to eat a sandwich and told my co-angler to throw at a specific dock, and he caught a 4-pounder. It was an awesome weekend.”

Shockley said that he fished near the Niangua River. He threw an unnamed ½-ounce green pumpkin-colored tungsten jig with a craw trailer.

Mike Eustler of Everton, Missouri, brought a 6-pound, 1-ounce bass to the scale to win the Boater Big Bass award of $877.

Steckler took home an extra $500 as the highest finishing FLW PHOENIX BONUS member. Boaters are eligible to win up to an extra $7,000 per event in each Phoenix Bass Fishing League presented by T-H Marine tournament if all requirements are met. More information on the FLW PHOENIX BONUS contingency program can be found at PhoenixBassBoats.com. 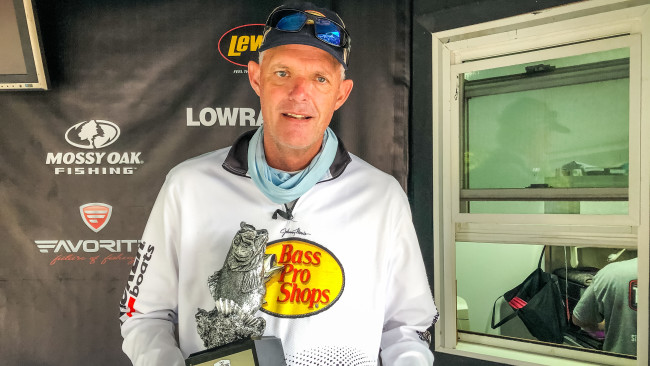 Finkeldei caught the largest bass in the Co-angler Division, a fish weighing in at 5 pounds, 13 ounces. The catch earned him the Co-angler Big Bass award and added $439 to his winnings.