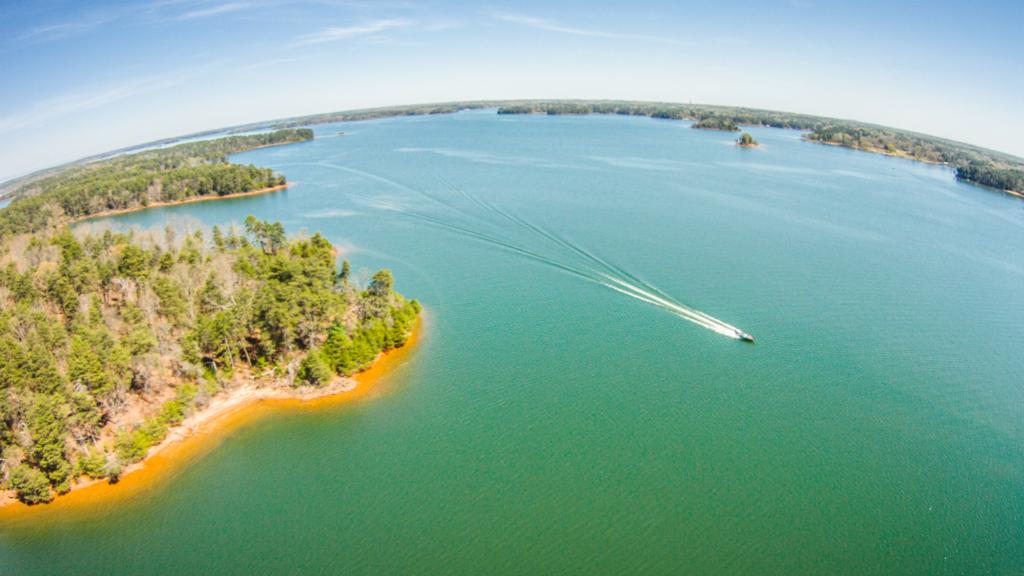 Originally set for the beginning of May, the 2020 Phoenix Bass Fishing League presented by T-H Marine All-American presented by TINCUP is now slated for November 11-13 on Lake Hartwell. The All-American brings together the best of the best from the Phoenix Bass Fishing League ranks as well as top anglers from the TBF, college and high school ranks. 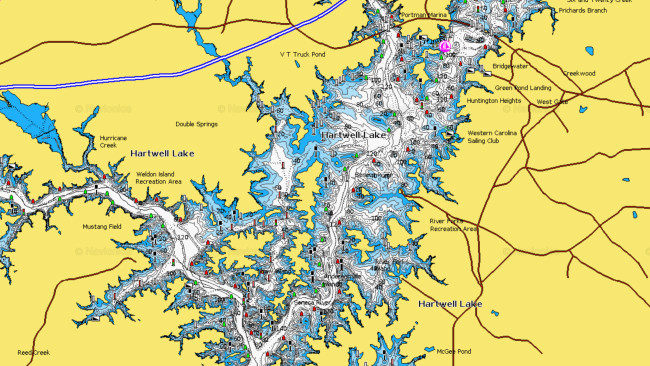 Built on the Savannah, Tugaloo and Seneca Rivers on the borders of South Carolina and Georgia, Lake Hartwell is a fairly typical example of a Southeastern spotted bass and largemouth fishery. Hartwell can be thought of as some sort of cross between a place like Lake Murray and Lake Lanier, with a more even species mix in tournaments than largemouth-dominated Murray and spot-centric Lanier. Though there are shad and bream, the primary forage is blueback herring. At 56,000 acres, the lake will give the All-American competitors plenty of room to roam, and it shouldn’t fish small at all.

There’s very little grass in Hartwell, but it has all sorts of other cover that ranges from cane piles, brush piles and docks to rock and flooded shoreline vegetation like willow bushes and dog fennel. Typical fall fishing on Hartwell would put a lot of fish off the bank, either on humps and points or cane and brush. This time, that may not be quite the case, as the lake is likely to be around a foot over full pool, which is higher than it’s been in the fall since 2015. 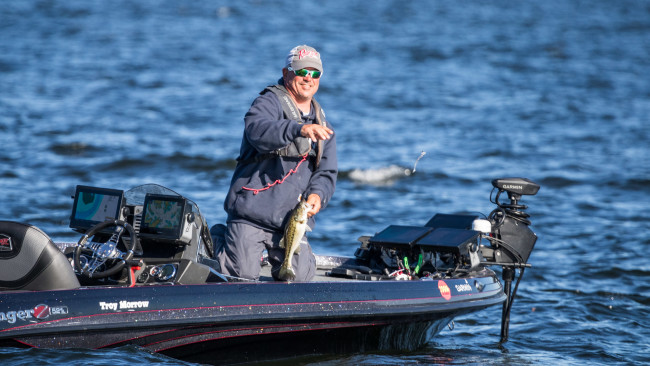 Tackle Warehouse Pro Circuit pro Troy Morrow would love to be fishing this event. Hailing from Eastanollee, Ga., just a few miles to the west of Hartwell, Morrow is an expert on the lake and has been molded by the excellent clear-water and offshore opportunities it offers.

“Basically, this time around, you’re going to have everything in play,” says Morrow, who reports that the water temperature is about 70 degrees and falling. “Because of the higher water, there isn’t anything in that lake that doesn’t have fish on it. Everybody will catch some fish, but it’s going to spread the fish out, so catching five quality fish might be a little trickier. You’re going to have guys way in the backs of the creeks catching a couple on a frog or a topwater, all the way out to guys on the main lake fishing 40 foot deep.”

Hartwell has seen plenty of tournaments, so the things that have historically played aren’t really a mystery.

“In the open water, you’ve got a mixture of cane piles, deep timber and regular brush piles,” Morrow outlines. “As you move in, you switch more from the cane to just brush piles to docks. As you get further back in, you have a lot of laydowns, and further back in you have willow bushes and actual willow trees in some places.”

Morrow says that simply running points or rock could produce fish as well. Truly, without a big water level change, he expects anglers to catch fish on a lot of techniques.

On Hartwell, blueback herring are the main forage, and Morrow expects their dominance to be a factor. Though blueback are pelagic and similar in some ways to shad, they tend to be more mobile, and it’s historically harder for anglers to count on the bass that follow them.

“If the topwater bite does happen, they’ll be switching from the real small topwaters they’ve been eating to bigger topwaters,” Morrow explains. “As we get cooler water, the blueback will get more active. That’s why it switches from tiny little stuff to the bigger baits. The blueback will get up higher in the water column.” 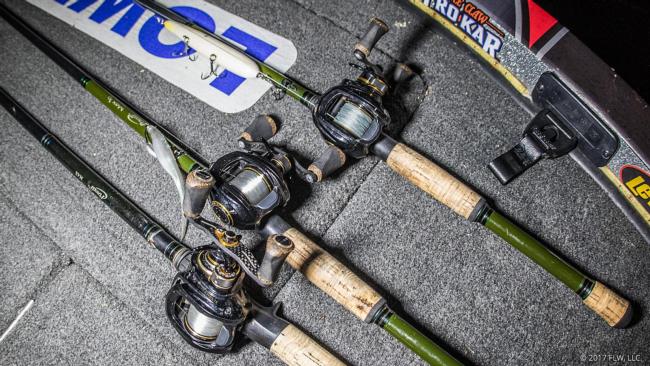 For the more intermediate stuff, Morrow thinks a small crankbait and a shaky head will play.

On the offshore side of things, a drop-shot will be the best numbers bait, but any number of others could play. Swimbaits and topwaters are time-honored brush and cane pile baits, and underspins always catch bass in the Carolinas. 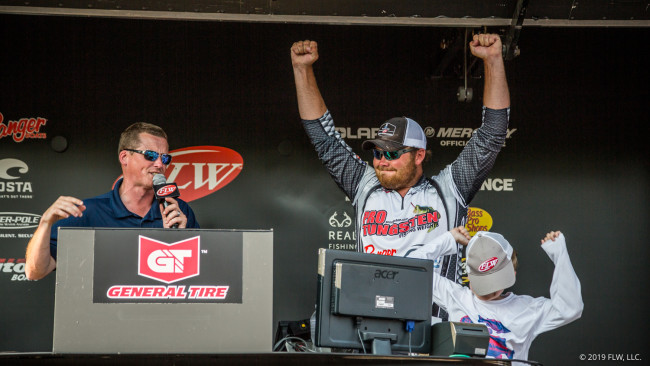 The easy answer to how the event will be won might be “whatever Jayme Rampey does,” but that’s probably selling the other competitors a bit short. Morrow says it will take a combo of largemouths and spotted bass, and he thinks he’d fish deep.

“Right now, I would run around and fish three totally different patterns on that practice day and make my decision,” Morrow says. “But I would probably lean toward staying deep, just because those fish are more stable. Even though there aren’t the numbers I would need out there yet, I would lean toward deep. Fishing for all big largemouth, that bite is more volatile. That’s why I would take my chances that I could win on a high 13- or 14-pound bag every day.”

Still, Morrow expects someone to put three big bags together, if only because of the dynamics of the event.

“I’m gonna say someone can put three 15-pound bags together,” says Morrow. “The All-American anglers will have the run of the lake, which will help, and you’ve got one of the best sticks on the lake in it.”