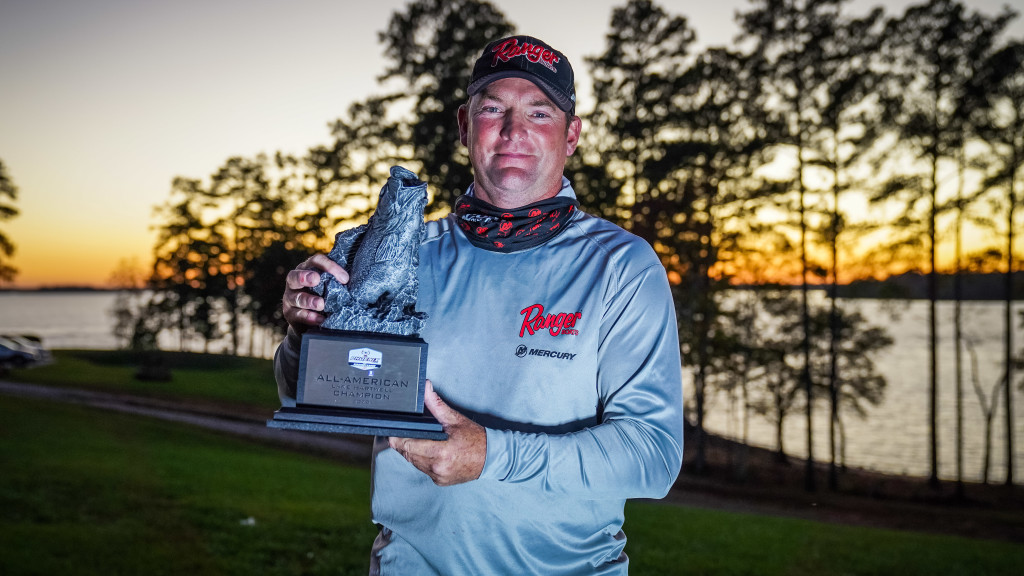 Macy, who is team partners back home with Tackle Warehouse Pro Circuit pro Jeremy Lawyer, sat in fifth place through the first two days, and didn’t have a fish in the box at 11 a.m. on the final day. Turning it on in the afternoon, Macy closed out the win in the final minutes.

“I already had a pretty good bag, and I stopped on a spot right within sight of weigh-in with 15 minutes to go,” says Macy, who is a home builder in Missouri. “When I dropped that LiveScope down, I could see a school, I bet there were 40 bass. When I fired that swimbait out there, I caught one first cast, and it didn’t help me any. By looking, I just thought it was a school of that size of fish. Two casts later, I fired back out there, and I set the hook, and it was a good one. It was the one I needed, I got it in the boat, and it probably weighed close to 3 pounds. That’s when things got real. I knew I had a chance before that, but with that one I knew I really had a chance at this thing.”

Macy qualified for the All-American out of the Ozark Division, and he put together three outstanding days of fishing on unfamiliar water to beat some seasoned Hartwell anglers.

“It’s unbelievable, going into today, I really didn’t think I had a shot at it,” Macy says of his win. “I was just trying to hold my own. When you make it to the last day, you’re looking at the pay scale, and every spot you can hold is a thousand bucks. But, anything can happen, it’s the All-American, and if you can hang in there, and maybe throw a big one in there, anything can happen. What an unbelievable deal – it’s been a super three days.”

All week, Macy targeted spotted bass suspending over brush piles. Catching a couple on a drop-shot, his main bait was either a Tennessee shad or sexy shad 2.8-inch Keitech Swing Impact FAT on a jig head ranging from ¼- to 3/8-ounce. 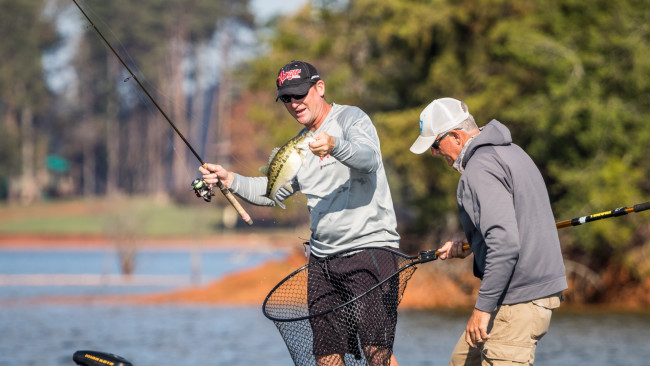 On days one and two, Macy cast his swimbait over brush in 20 to 30 feet and wound it back, doing best on brush piles with a group of fish over top of them. On the final day, Macy was fishless late in the morning, but he adjusted to roar back for the win.

“Starting at about 10:30, once the sun got up, the fish got positioned right,” explains Macy. “All morning, they were kinda down in the brush, or halfway in the brush, and for the swimbait, I needed those fish to get up and sit on top of the brush pile in little wolf packs. Once the sun positioned those fish, I could get them to follow the bait, but I couldn’t get them to eat it. I was getting pretty frustrated, and honestly, I burned a lot of time, because I could see fish there, but I could not get any kind of reaction out of them.”

After switching to a heavier 3/8-ounce head and a slightly faster presentation, Macy unlocked the secret to converting follows to bites.

“About 1 o’clock, I stumbled on to something and it absolutely went crazy from there,” says Macy. “On the LiveScope, I could see my swimbait come across the top of the brush pile, and if I could get those fish to follow it, which most of them did, I could just kill it and let it go straight to the bottom. Every one of those fish would nose down on it, and as soon as I popped that swimbait up off the bottom they would eat it every time.”

From there on out, Macy made hay. After drawing a group of fish just far enough from the brush to ensure he’d land them on 8-pound-test, Macy dropped the bait to the bottom. When it was working best, Macy says he could watch the school go back to the brush pile with his LiveScope as he fought one of their brethren to the boat.

While his final stop on a surprise mega-wad sealed the deal, his afternoon adjustment was what put him in position to win. Now, as the top finisher from the Ozark Division, Macy is headed to the Toyota Series Championship this December on Lake Cumberland. He’s also starting to think about the possibility of pro angling, which has been so good to Lawyer the last few years.

“I might fish some bigger stuff, but me and Jeremy Lawyer, we fish a lot of team stuff together, and I love it,” says Macy. “I like the pro-am style events and the team circuit and staying close to home, so I don’t know what it holds.” 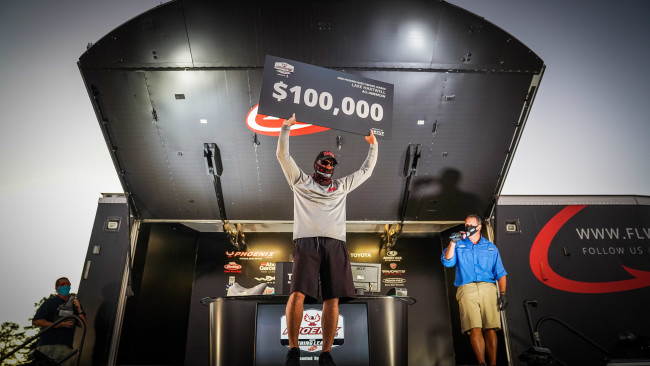