What the top finishers used in the All-American 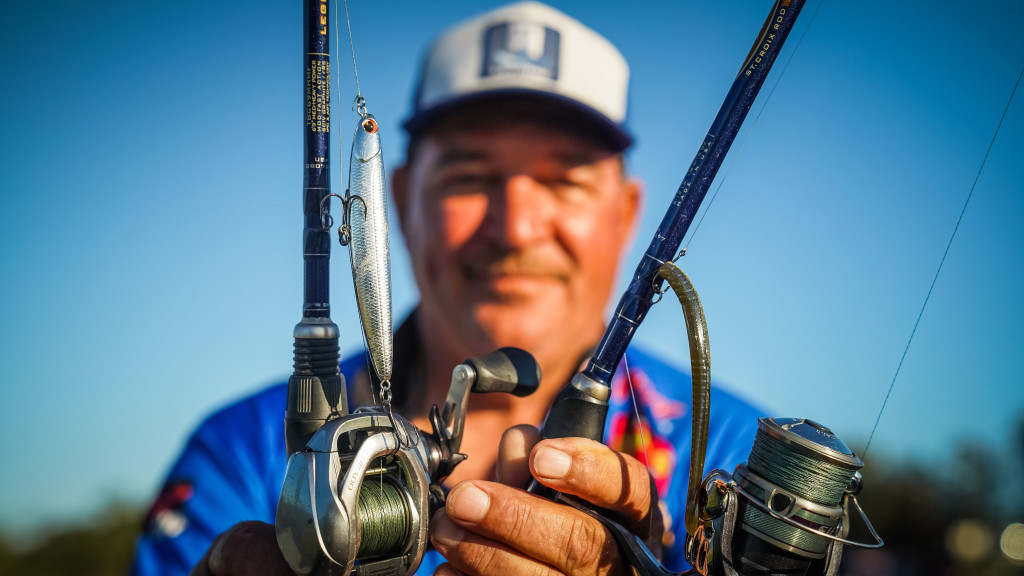 Most of the fish weighed on Hartwell in the Phoenix Bass Fishing League presented by T-H Marine All-American presented by TINCUP were spotted bass. As such, a lot of finesse baits made the team. Still, a few anglers attempted to mix in largemouths to varying degrees, and even for spots, it wasn’t all spinning rods. 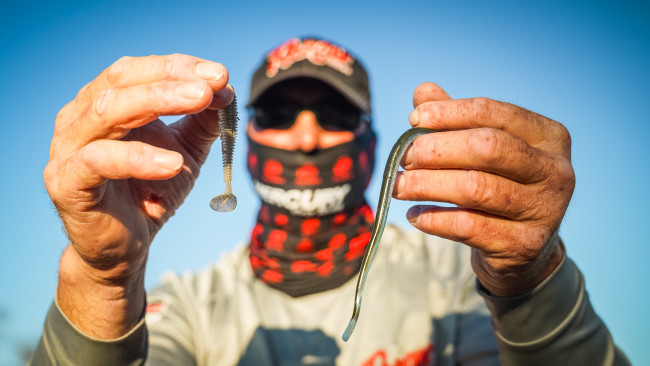 1. Taking the win, Chris Macy used a Tennessee shad or sexy shad 2.8-inch Keitech Swing Impact FAT on a jig head ranging from ¼- to 3/8-ounce for almost all his fish. His backup was a drop-shot with a 6-inch Roboworm Straight Tail Worm in either morning dawn or Ehrler’s edge. 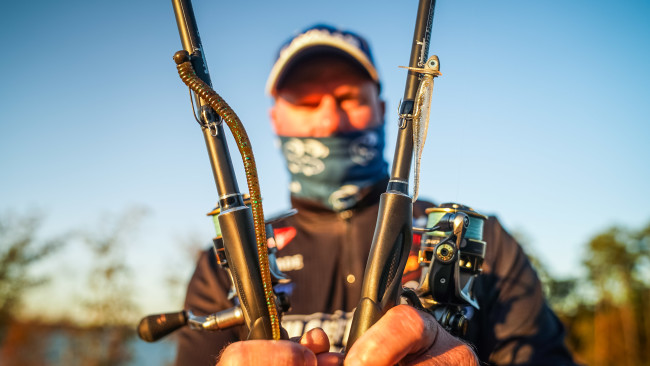 2. Leading after day two, Todd Goade fished offshore and caught most of his weight on either a ¼-ounce shaky head with a Zoom Magnum Shakey Head Worm or a 1/8-ounce Pulse Fish Lures Pulse Jig with either a Zoom Tiny Fluke, Damiki Armor Shad or Keitech Shad Impact. 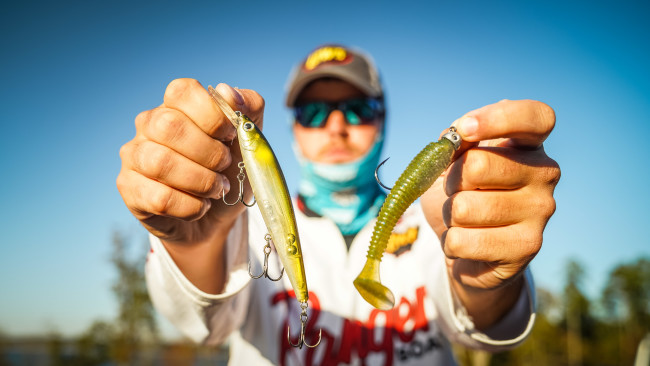 3. Rocketing up the leaderboard on the final day, Cole Floyd caught spotted bass on a whole slew of baits. On days one and two, Floyd says he fished a Strike King Rage Swimmer on a ¼-ounce head and a Strike King Deep Jerkbait. He also mixed in some topwater baits, a jigging spoon and an umbrella rig. On the final day, Floyd caught most of his best fish on a Jackall Riser Bait 007. 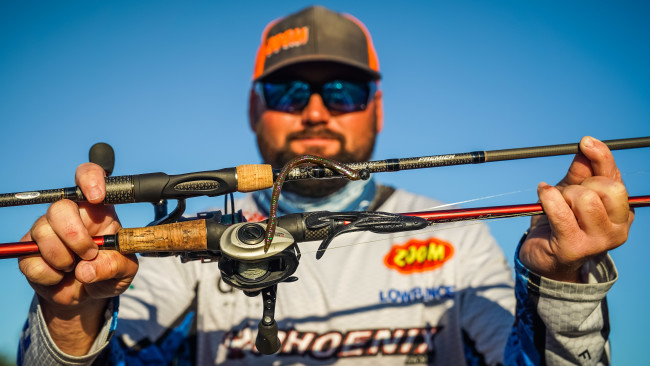 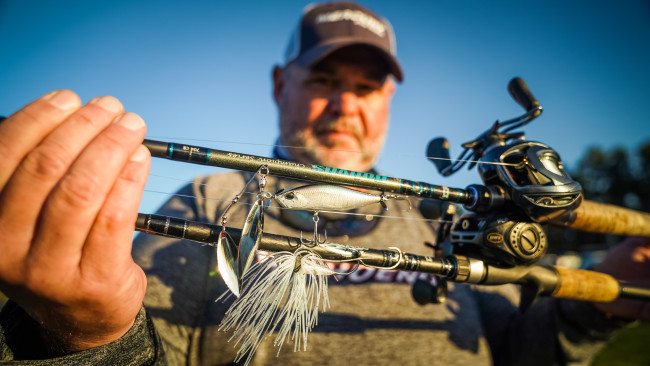 5. Bryan Dowdy mixed in a drop-shot and some other finesse stuff like everyone else, but most of his fish were caught on either a ghost m shad-colored Duo Realis Spinbait Alpha 78 or a 1-ounce SpotSticker Mini-Me spinnerbait. 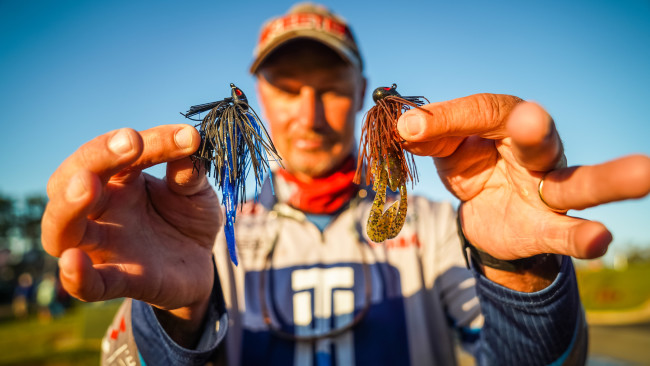 7. Going all-in on finesse, Randall Allen used a shaky head with a watermelon candy-colored Zoom Mag Finesse Worm that he cut down and dyed and a drop-shot with a sunrise-colored Big Bite Baits Shaking Squirrel Worm. 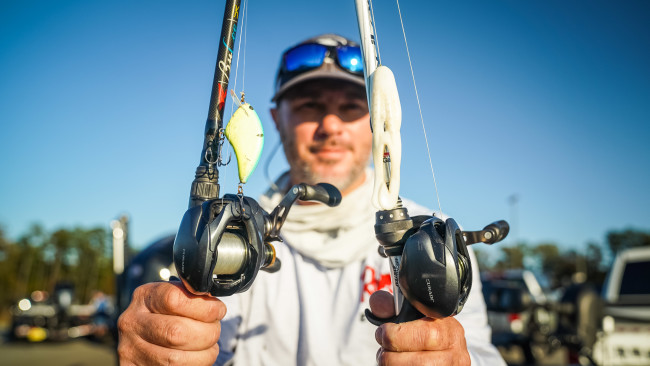 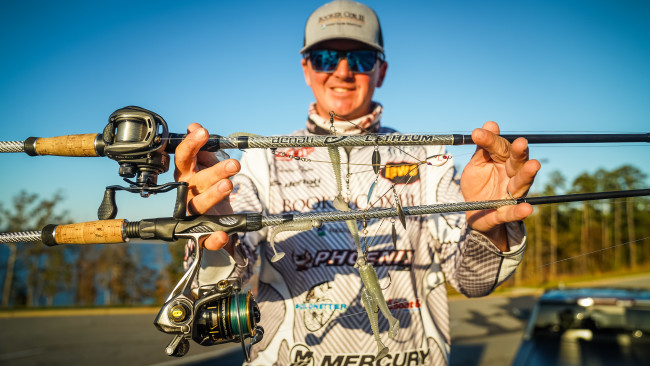 9. Dustin Lippe may have had a tough final day, but he did well on days one and two with a 3.25-inch Strike King Rage Swimmer on either a ¼-ounce head or an umbrella rig. 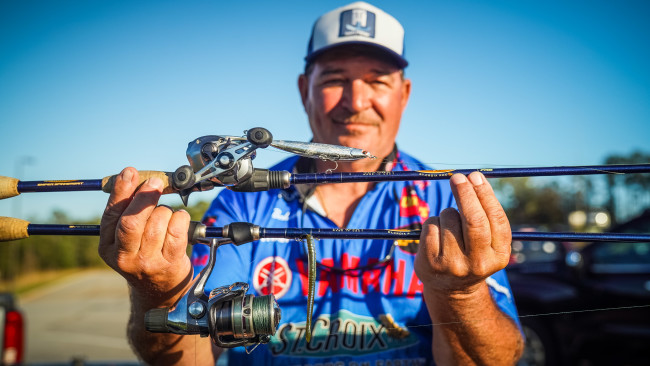 10. Dennis Berhorst lost track of his deep school on the final day, but when it was popping, he caught most of them on a drop-shot with a 4.5-inch Roboworm Fat Straight Tail Worm in watermelon magic. He also plucked some spots with a chrome ima Skimmer.