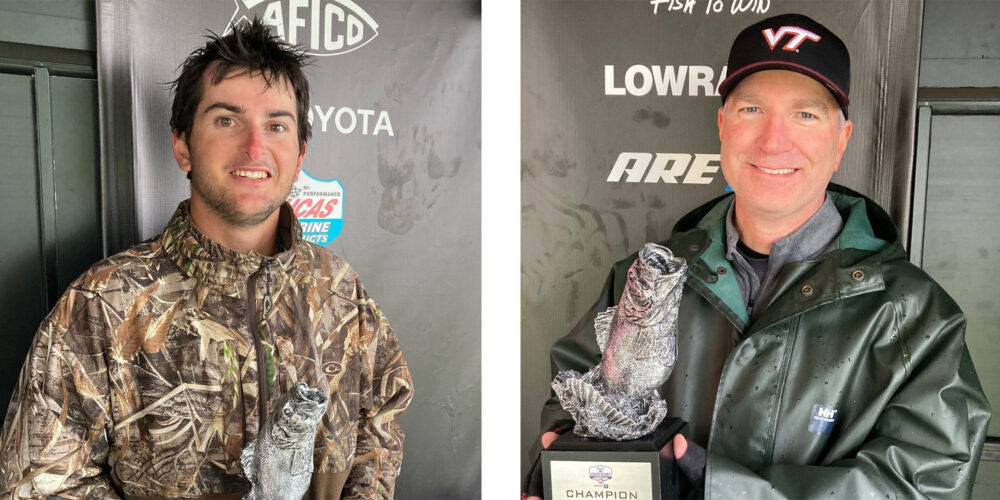 “I took a long run in rough water to get to where I had located them on beds in practice,” Dixon said. “I had figured out how to get them to react to a bait on the beds, but I knew when the tournament came the tide wouldn’t be right to see them anymore, so I just stuck to the area, kept my bait in the water and kept it slow.”

Dixon said he focused on a stretch of about 75 yards of water and used a 4-inch swimbait with a small hook bass couldn’t see. He said his method resulted in 20 fish, seven of which were keepers, during the course of the day. Dixon said he shared the stretch of water with a fellow competitor.

“The bait made the biggest difference for me to get the bigger ones,” Dixon said. “I actually caught more behind the guy fishing the same area on casts after he had already fished through there.”

Dixon said the victory had a special meaning to him, as he added his second BFL win to his resume.

“This feels pretty cool, especially since this win came five years after my first BFL win here,” he said.

Duarte had a largemouth that weighed 5 pounds, 2 ounces that was the heaviest of the event in the Boater Division and earned the day’s Berkley Big Bass Boater award of $575.

Max Meister of Atco, New Jersey, caught the largest bass in the co-angler Division, a fish weighing in at 5 pounds, 12 ounces. The catch earned him the day’s Berkley Big Bass co-angler award of $287.