Big Bags Will Kick Off Bama Division on Eufaula 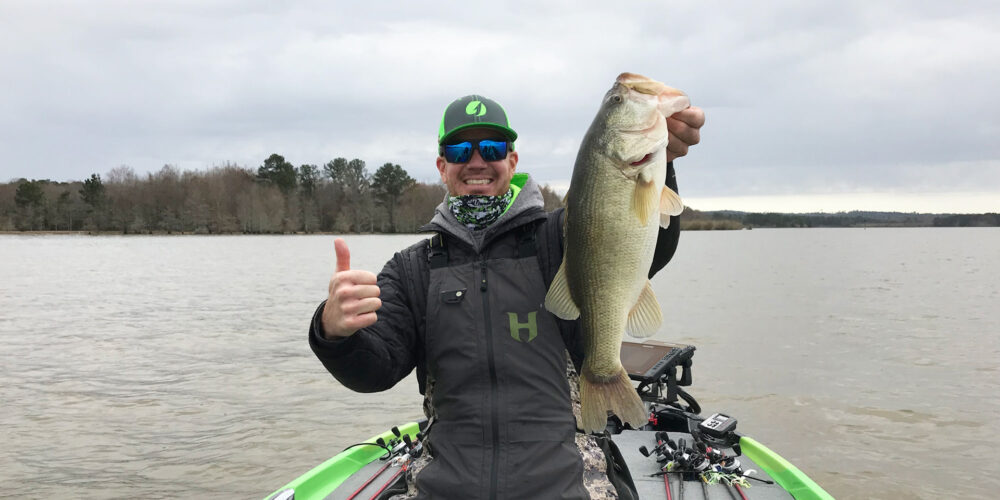 A premier largemouth lake, Eufaula is known for a great mix of grass and offshore cover, but that’s not the case at the moment. Because of a fall drawdown for dam repair, the lake is lacking most of its usual grass cover.

It’s also clearer than normal due to a recent lack of rain and running about 10 degrees cooler than it was in 2020.

Michael Smith, who has cleaned up in MLF competition on Eufaula, expects the fishing to be good, but non-standard.

“Here in south Alabama, this is our coldest time of the year a lot of times,” says Smith. “Fish will be in their true winter patterns, and we’ve had a pretty cold winter compared to normal.”

“In the fall, when the lake was down, a lot of people got to see things they had never seen, including myself, and I think the fish moved a lot,” Smith shares. “It’s almost like they haven’t got back to where they’re supposed to be yet. Overall, I would say the fishing has been good. The numbers have been good, but the size has been a little bit off.”

Because of the lack of grass and clear water, Smith thinks there are some new options in play.

Still, one guarantee is that someone will do some damage offshore. Eufaula events aren’t always won off the bank, but it’s one of the original ledge lakes for a reason.

“There’s definitely fish that live out there all the time, and it will be a factor,” says Smith of the offshore bite. “It will be more of a factor if it’s really cold and it’s a bright sunny day. To catch big ones on the bank this time of year, you need nasty weather.”

Regardless of the weather, Smith expects the winning weight to be 22 pounds or better, and says he relishes every opportunity to compete on Eufaula.

“What I love most about Eufaula is it has so much diversity you can do your own thing and make it work,” says Smith. “If the offshore deal ain’t your deal, there’s always a way to have a really good finish fishing the bank. And, if you want to fish offshore, it doesn’t matter the conditions, there’s always somewhere on Eufaula you can pull up on and win the tournament in 10 minutes.”

For the shallow side on Eufaula, Smith thinks that folks can leave their grass fishing gear behind. So, instead of swim jigs and punching rigs, he thinks squarebill crankbaits, spinnerbaits and vibrating jigs will be key.

In the intermediate range, crankbaits, umbrella rigs and jerkbaits could play.

Offshore, Smith looks for deep fish on rock or timber to be a factor. For those patterns, he says that spoons, Carolina rigs and football jigs are killers on Eufaula.