Buckeye Division Heads to the Ohio River to Start the Season 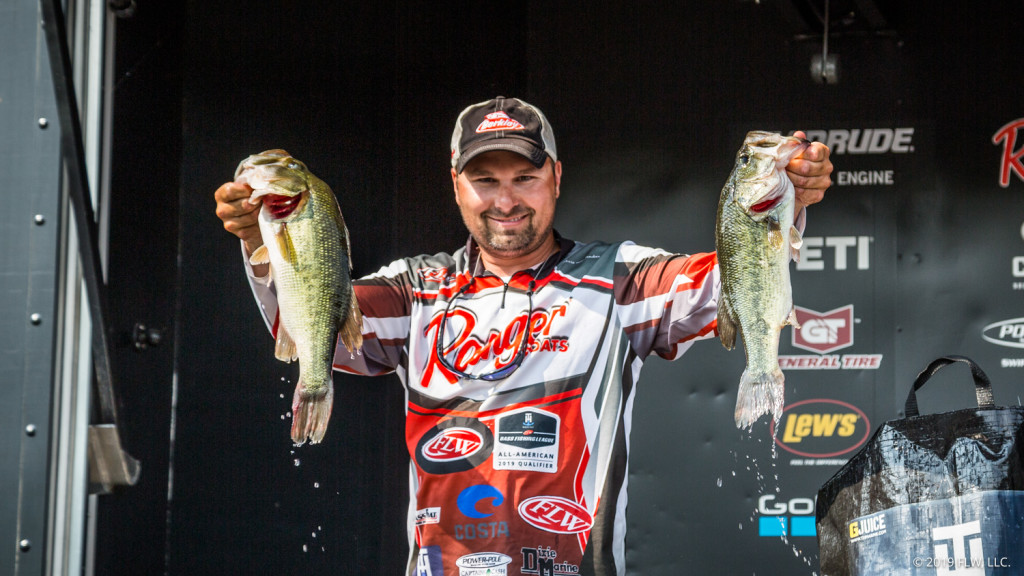 The 2021 Phoenix Bass Fishing League Presented by T-H Marine Buckeye Division will get underway May 15 on the Ohio River at Tanners Creek with an event presented by TINCUP Whiskey. Always a challenging fishery, this tournament should see some of the best weights the Ohio River can kick out.

Over 900 miles long, the Ohio River is a dynamic and diverse fishery. Flowing from its headwaters in Pennsylvania to the Mississippi River, it has a vast history outside of bass fishing. Still, it’s also home to all three species of bass, with varying fishing quality along the length of the river.

Navigable and regulated by a system of locks and dams, the river itself also changes a lot from end to end. Near Maysville, Ohio, there’s milfoil in some areas of the river. In other parts of the river, you can find lily pads. Around Tanners Creek and Cincinnati, most of the cover consists of rock or wood with plenty of creeks branching off the river to harbor bass.

Chris Martinkovic has won a lot of money over the years on the Ohio River, and he thinks this could be one of the best BFL events on the Ohio in a long time.

“We had 2 inches of rain yesterday, but it’s been the most stable this year that I’ve ever seen,” says the Ohio angler. “It’s been really good, and it’s setting up to be perfect. Dixie Marine is the local Ranger dealer, they put on a trail down there, and for the date we’re going to be there, last year, there was like a 17-pound bag and two 16-pound bags weighed.”

Mid-May should have the fish pushing shallow and Martinkovic thinks most of the action will be based around creeks and off the main drag.

“It should be a spawn tournament I would think, as long as the water level gets back to normal,” he says. “It’s a good time of year. I’ve seen a lot of 16-pound bags this time of year on the river. Usually, they spawn on the river in June, so, if they’re not spawning, it’s going to be prespawn, so they’ll weigh more.

“The mouths of the creeks will be a player. Fish will be moving up and moving in,” Martinkovic says. “The spots are the first to move up, and there are a lot of decent spots on the river. I’ve caught five before for close to 10 pounds. The marinas will be a big player, too.”

The Ohio typically sees a mixed bag of species hit the scale, and Martinkovic thinks it will be no different his time around, with perhaps more largemouth weighed than usual.

“There’s a possibility of smallmouth, it depends on the river levels,” Martinkovic says. “That’s something that I’ve been thinking about. The smallmouth bite has been pretty good up in some of the tributaries. But with the spawn going on, I would say it will be won with largemouth. There won’t be many smallmouth weighed in, but there’s a chance to have five smallmouth and win. There will be a lot of largemouth and spotted bass mixed bags.”

Species aside, the weights should be good for the Ohio River, and as a fishery where every bite matters, it’s been a great training ground over the years.

“To win, it’s usually just one bite,” Martinkovic says. “One 4- or 5-pounder and a limit, and there you go. A couple of times I’ve won down there have been because of just one big bite. I caught a 4-2 smallmouth once and a 5-pound largemouth once, and that pushes you up enough to win. This will be a good one. If everything stays the same and we don’t get mudded out, it will be one of the biggest weights we’ve had down there.”

Martinkovic expects the fish to be shallow for the most part, which will put a range of baits in play.

“It’s hard to beat a PH Customs Skinny P this time of year, cranking rocks and stuff,” says Martinkovic. “And of course flipping, most of the fishing done on the Ohio River is flipping. I’d say 60 percent of the fish caught on the river are caught flipping.”

Other baits that could come in handy are a spinnerbait, a buzzbait and some sort of finesse soft plastic like a shaky head or a wacky rig.