Catchfest at Lake Martin will kick off the Bama Division season 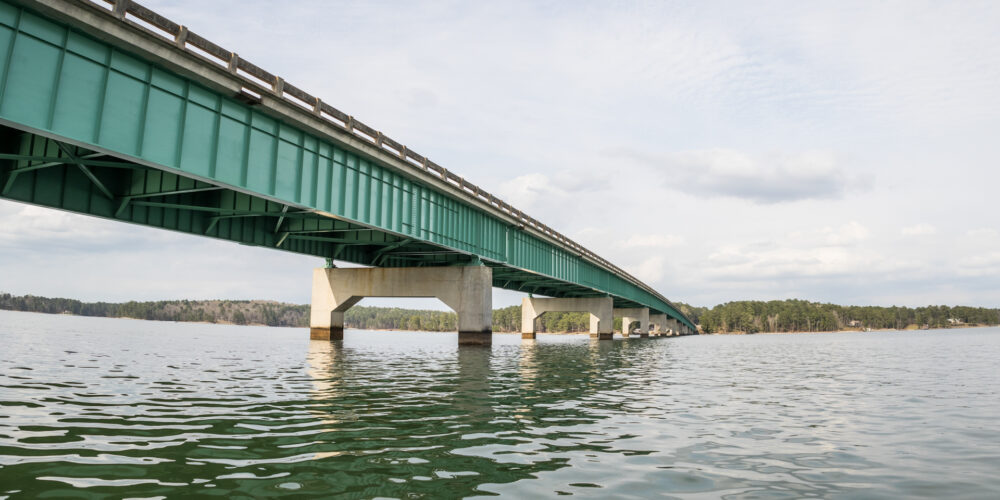 ALEXANDER CITY, Ala. – The 2023 Phoenix Bass Fishing League Presented by T-H Marine Bama Division will get the season underway at Lake Martin. Loaded with spotted bass and largemouth, Martin is guaranteed to produce plenty of fish and a tight tournament.

Lake Martin was created back in 1926 when the Martin Dam was completed on the Tallapoosa River. At the time, the 44,000-acre reservoir was the largest man-made body of water in the world, though it obviously no longer holds that distinction.

Alabama has no shortage of famous fisheries that lie within its borders, and while Martin doesn’t get the kind of attention given to the Tennessee River, Lewis Smith, Eufaula or Coosa River, that doesn’t mean it isn’t a solid fishery. Martin supports a healthy population of both spotted bass and largemouths, with spotted bass being more plentiful and the largemouths providing the better quality.

Wood and rock provide the predominant structure for bass in Martin. Much of the 750 miles of shoreline are undeveloped, and laydowns are easy to find along the banks. Where there are houses and development, anglers can find docks to target. Offshore, there are long rock points and humps, and, of course, plenty of brush piles for bass and bait to establish residence.

Georgia angler Blake Tomlin has seen a lot of success on Martin over the years and thinks a good event is in store.

“I’d imagine it will be wintertime patterns, depending on what the weather is,” Tomlin said. “Fishing offshore and points with a shaky head will probably be a pretty good way to go. And, the river might still be low, so it could be good.”

The lake has a ton of spotted bass and largemouth, but catching bigger fish can be a challenge. To get to a weight in the teens, Tomlin thinks that mixing species is key.

“Ninety percent of the time it’s a mixed bag to win there,” he said. “It’ll take at least one or two big largemouth to go with a limit of spots. I like to try to find a little stained water, or throw a spinnerbait or something like that. That seems to be a better bet for the largemouth.”

Predicting a winning weight of about 16 pounds, Tomlin figures the fishing will be really good.

“It’s a great place to go,” Tomlin said. “Everybody is going to catch fish, it’s just a matter of catching a few bigger fish. But, it’s fun, it’s always a fun place to fish. Catching 20 fish, 30 fish a day is no big deal, that’s pretty common.”

Expect to see a little bit of everything. Certainly, squarebill crankbaits have been a huge factor on Martin over the years, and there should be no shortage of them tied on. Spinnerbaits and vibrating jigs should also lend a heavy hand to those who are riding the power-fishing train.

On the flip side, a drop-shot and shaky head could do some serious work for spotted bass. And, a Carolina rig dragged offshore will put some in the boat as well. Plus, jerkbaits, swimbaits and Ned rigs will account for plenty of keepers.