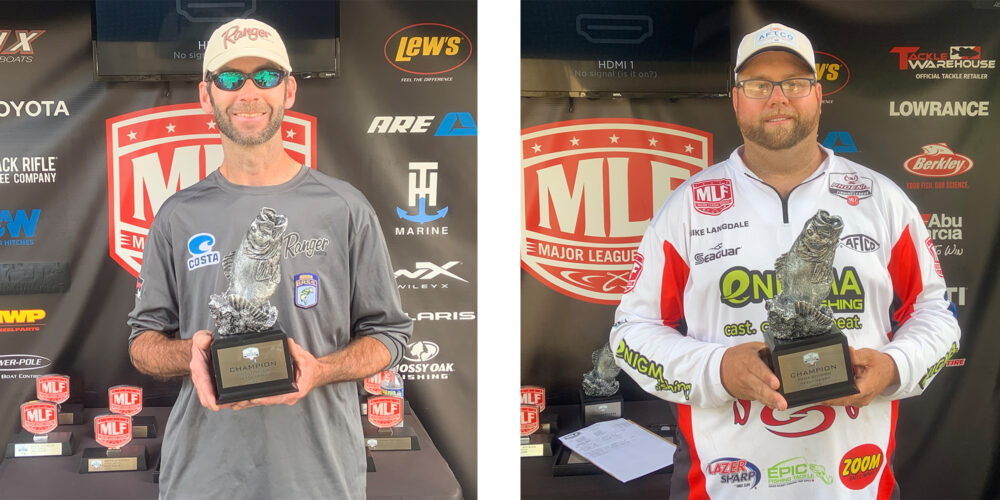 “I started off and ran about 40 minutes to my first place, and it was kind of slow for the first two hours,” Black said. “I had four fish in the livewell, and one that weighed 3½ pounds. Then, about noon, the bigger fish started biting and I caught three 4-pounders.”

Black said he focused on an upriver section of Neely Henry and caught 10 bass, including eight keepers, during the course of the day. He said a vibrating jig accounted for most of his keeper fish. He added that two of his biggest fish came while flipping a Z-Man Palmetto BugZ creature bait.

“I have fished a lot of BFL events and have finished second and third, but never have won one,” Black said. “It feels good to finally get one.”

Colley had a largemouth that weighed 5 pounds, 11 ounces that was the heaviest of the event in the Boater Division and earned the day’s Berkley Big Bass Boater award of $610.

Marrell Deering of Rome, Georgia, caught the largest bass in the co-angler division, a fish weighing in at 4 pounds, 5 ounces. The catch earned him the day’s Berkley Big Bass Co-angler award of $305.