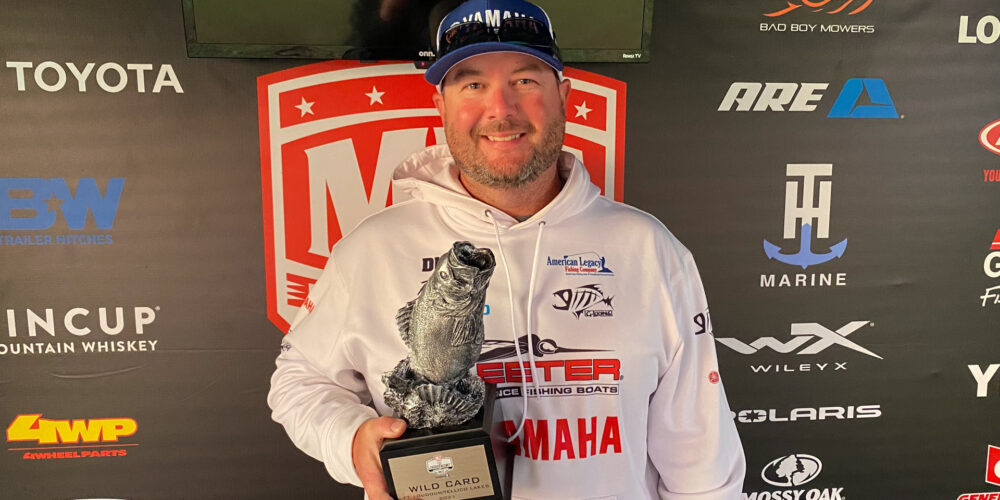 LENOIR CITY, Tenn. – For some reason, it seems like the Phoenix Bass Fishing League Presented by T-H Marine Wild Card has been tough as nails in recent years. This year, on Fort Loudon and Tellico lakes, Ryan Deal took down the win with just five bass caught over two days for a total of 15 pounds, 3 ounces. Winning $5,076 in the side pot, his main reward was a berth in the 2022 All-American on Lake Hamilton.

Deal weighed a huge bag on Day 1, putting four for 12-10 on the scales, with three of them being smallmouths. On Day 2, he managed only one largemouth that kept, and had to toss back multiple smallmouths that didn’t hit the 18-inch mark to be a keeper.

“The first day of practice I fished on Tellico,” Deal said. “I could just tell, the water was warmer than it normally is, it was in the mid-60s, and those fish hadn’t moved to their fall patterns. I just didn’t get many bites, it was tough. So, I thought I would go to where there was some current. The rest of the week practicing, I went up the river, and finally caught a 5-pound smallmouth that really keyed me into what they were doing. As tough as it was, I thought I’d just go after those smallmouth over 18-inches, and it worked out.”

Running up the Tennessee River each day and fishing past Knoxville in the French Broad River and Holston River, Deal got on an interesting current-based pattern that relied on a morning bite.

“I was targeting current breaks,” he said. “Those smallmouth were feeding in the morning fairly good. The first couple hours of the morning was a good bite, and I was throwing a jig on bluff banks and fishing the current breaks and the eddies that first part of the day.

“I fished in all three rivers,” Deal added. “Now, the water is a little higher than it typically is, I was in a 21-foot Skeeter, and you just had to be careful. I went far enough that I felt like I needed to stop, I’ll tell you that. But, I never put a scratch on the boat all week.”

“The smallmouth were on these rocky banks, and they were big ones,” he says. “It wasn’t a light line situation. The line was going up against rocks, and the smallmouth weren’t finicky, if they were there they’d bite. It was just all a timing thing, you had to be there when they were eating.”

Deal fished his jig efficiently, making use of Spot-Lock in the current.

“I was kinda swimming it,” he outlined. “There was so much current, I’d put the trolling motor in Spot-Lock on the key areas and make an angled cast and swim it down the bluff. They were real particular little spots, about 20 or 30 yards long, and I’d Spot-Lock right there and make 30 or 40 casts and then move to another spot. They were on these little ledges, down the bluff. On slack current, they’d be down deep, and in strong current, they’d be up in 3 or 4 feet and you’d swim it to get them to bite.”

Deal has 50 Top 10 finishes to his credit in MLF competition, and with moves around the country, he’s earned top-five finishes in the points in three different BFL divisions. Though Deal has slowed his fishing pace a little in recent years to watch his sons play sports, this is still the second time in three years he’s qualified for the All-American. Oddly enough, for this event, he’d have made the All-American even if he didn’t catch a bass on Day 2.

“I wouldn’t ever have thought that,” he said. “I knew I was right there, and that second morning, I went up there again and it was a little bit foggy, so I caught the tail end of the bite. I caught a 17-inch smallmouth, and then another 17-incher, and then it started to die. It’s heartbreaking to throw back a 3-pound smallmouth that’s not 18-inches long. I didn’t want to throw away a shot at the All-American, so I kinda punted and ran down the lake and that’s how I caught that largemouth, just flipping laydowns to try to seal the deal on the cut. It turned out it was enough to win, which really surprised me.”