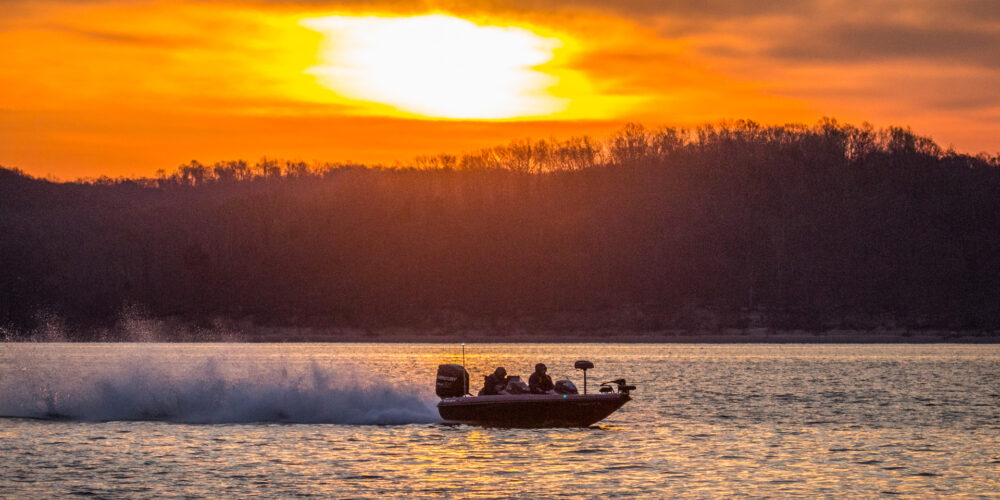 FALLS OF ROUGH, Ky. – Though Rough River Lake isn’t a new fishery for the Phoenix Bass Fishing League Presented by T-H Marine Hoosier Division, hitting it in the spring is. Last year, the division kicked off the season with a solid event on the Kentucky impoundment; so it only makes sense to get the ball rolling there again considering the lake should be fishing in its prime.

Ringing in at 5,100 acres, Rough River Lake is a fairly small reservoir on the Rough River. Nestled in the hills of Kentucky, Rough River is serpentine, with a number of long, twisting arms and not much spread. Home to spotted bass and largemouth, the cover available can vary depending on the water level. Bushes and trees are more commonplace when the water is up, with rock and brush being staples regardless of the water.

With a 15-inch minimum slot on largemouth (though anglers may weigh one between 12 and 15 inches) and 12 inches on spots, catching fish isn’t generally an issue on Rough River, but finding quality can be. Still, with varying water clarity and a riverine setting, it’s a solid fishery no matter what part of the lake you choose.

Brody Campbell has only fished Rough River a handful of times, but with five Top 10s (including two wins) on the system, he’s as good as any to give his take on what could shake out come April 30.

“It really depends on what kind of weather we get to determine the water level,” Campbell said of the fishing. “If the water is up, then there will be a flipping bite in the bushes, which has been before and was one of the years I won.

“But I’ve also been there when it’s normal to low pool and then you have more rocky banks and bluffs to fish, especially on the lower end of the lake. But you can still find some trees and stumps up the rivers.”

Given the time of year, Campbell expects the spawn to be in full swing.

“The first tournament I won up there in May I found a few on beds and caught them first cast (the day of the tournament), so it’ll be a sight-fishing tournament for sure,” he said. “I think whoever finds five big ones on bed will win for sure.”

The other thing Campbell is sure of is that the lake should fish big, helping spread the field out from top to bottom on the reservoir.

“Honestly, the lake is good end to end, so it keeps everybody spread out pretty well,” Campbell said. “I’ve done well at the dam, and I’ve done well way up the river. It could be won at the dam or as far as you can get your boat up those rivers. That’s what’s cool about that lake.”

Campbell didn’t hesitate when it came to guessing a winning weight. He thinks 13 to 14 pounds should take the top spot all day long.

Late April can be a phenomenal time to fish simply because the fish are willing to bite and selecting a bait to throw isn’t too hard. That’s exactly how Campbell feels about it.

“I think some topwaters and buzzbaits are going to play and there will probably be some on beds if I had to guess,” Campbell said. “So, flipping and some sight-fishing will play. A wacky rig is also a big player on that lake.”