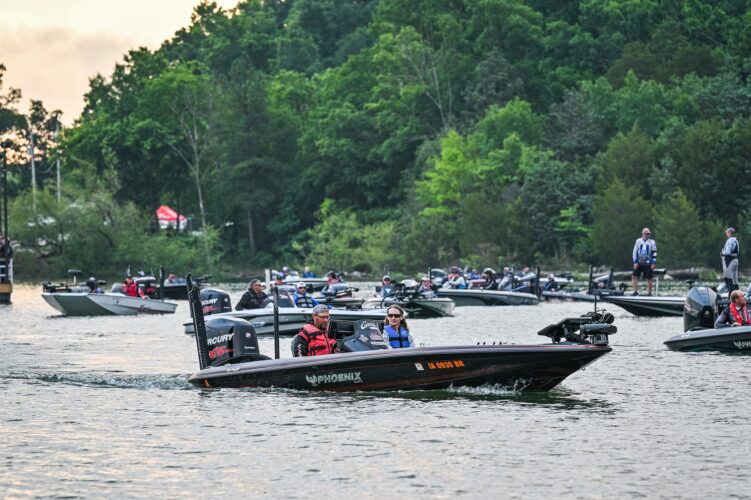 HOT SPRINGS, Ark. – Major League Fishing is set to return to Hot Springs, Arkansas, next week, June 2-4, for the 39th annual Phoenix Bass Fishing League All-American Championship on Lake Hamilton Presented by T-H Marine. The three-day tournament, hosted by the Arkansas Department of Parks and Tourism and Visit Hot Springs , will showcase the nation’s best weekend grassroots anglers, and awards the winning boater a top prize of up to $120,000, and a top prize of $50,000 for the winning Strike King Co-angler.

The no-entry-fee-event is the sixth All-American Championship to be held in Hot Springs – a record for the most times a city has hosted the tournament. It is projected to provide an estimated $1 million economic impact to the region.

“We are very pleased to welcome Major League Fishing back to Hot Springs for the 39th annual All-American Championship,” Steve Arrison, the Visit Hot Springs CEO, said. “Our community loves bass fishing, and it is an honor to host this prestigious grassroots championship for the record sixth time. We know the anglers from around the country are going to have a great time in Hot Springs and we look forward to seeing the big bass that they bring to the weigh-in scales.”

The championship was previously held on Lake Hamilton in 2000, 2001, 2004 and 2008 and on DeGray Lake, also in the region, in 2010. The event often serves as a steppingstone for anglers who wish to advance to the Toyota Series, Tackle Warehouse Pro Circuit and ultimately the Bass Pro Tour. Former All-American champions who currently compete on the Bass Pro Tour and the Tackle Warehouse Pro Circuit include Shaw Grigsby (1984), Stephen Browning (1996), Jacob Wheeler (2011), Kerry Milner (2013), Jeremy Lawyer (2016) and Nick LeBrun (2018).

“The All-American absolutely jump-started my career, and it jumpstarted the careers of several great anglers – (Rick) Clunn, Clark Wendlandt, Joe Thomas – the list is long,” said Bass Pro Tour angler Stephen Browning of Hot Springs, who won the 1996 All-American Championship on the Arkansas River. “It was a bucket list event to even make the All-American. To win it was certainly a bonus and gave me the opportunity to be financially comfortable starting my career.”

In addition to being a former All-American champion, the Hot Springs angler also resides on Lake Hamilton and expects a fun, competitive tournament this year.

“I live on the banks of Lake Hamilton and fish it quite often,” Browning said. “In early June, the fishery can be kind of tricky. A lot of the kids are out of school, and there is a lot more boat traffic. But, with that said, Lake Hamilton has a tremendous population of fish. It’s not a big fish factory, but there are some really good fish here and the BFL anglers are going to catch a bunch.”

Browning said that if he was competing in the event, he would be starting the event fishing shallow and move deeper as the day progressed.

“I’d be throwing a buzzbait or a Jack Hammer, fishing shallow around water willow and boat docks in the early morning,” Browning said. “Then, from mid-morning through the rest of the day, I would be out in that 12 to 15 feet range fishing brush piles and drop-offs throwing a crankbait – a No. 4 or No. 5 Jackall Digle.

“The key is going to be not getting spun out,” Browning continued. “Don’t get frustrated if you don’t catch fish in a certain area where you thought you were going to. This is a pattern lake, and after a good spawn a week ago I think the bite will move around and get better as the week goes on. So, revisit areas, and don’t lose confidence in a technique even though it didn’t work to perfection the day before.”

Browning went on to predict that the three-day winner would have a cumulative weight from 38 to 42 pounds.

Anglers will launch each day at 6:30 a.m. CT from the Andrew Hulsey Fish Hatchery, located at 350 Fish Hatchery Road in Hot Springs. Weigh-in each day will be held at the launch location and will begin at 2:30 p.m. Fans are welcome to attend all launch and weigh-in events and encouraged to follow the event’s online coverage at MajorLeagueFishing.com.

The full field of 49 boaters and 49 Strike King Co-anglers will compete on Days 1 (Thursday) and 2 (Friday) of the event. After two days of competition, the field is cut to just the top 10 boaters and co-anglers, based on two-day total cumulative weight, and the final 10 anglers compete on Championship Saturday. The boater and co-angler that catch the heaviest three-day total weight will be crowned the 39th Phoenix Bass Fishing League All-American Champions.

The 2021 Phoenix Bass Fishing League Presented by T-H Marine was a 24-division circuit devoted to weekend anglers, with 128 tournaments throughout the season, five qualifying events in each division. The Top 45 boaters and Strike King Co-anglers from each division, along with the five winners of the qualifying events, advanced to one of six Regional Championships where they competed to finish in the top six, which then advanced them to compete in the Phoenix Bass Fishing League All-American.