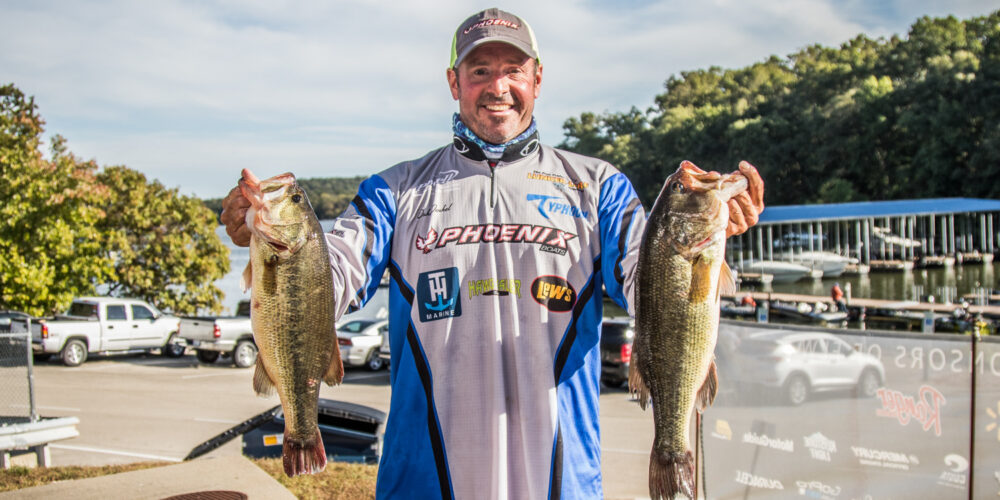 The 2021 Phoenix Bass Fishing League Presented by T-H Marine Illini Division gets underway May 22 with an event presented by TINCUP Whiskey on Rend Lake. Sometimes challenging, Rend is a shallow-water fishery that usually has miles of bushes ready and waiting to be flipped.

Situated in Southern Illinois, Rend is a shallow, flat reservoir with an old-school spillway dam that was completed in 1971. With a mostly nonexistent offshore game, the main cover in the lake is riprap and miles of willow bushes and buck brush.

Rend has a full swath of species in it, with crappie receiving a good portion of the fishing pressure. On the bass side of things, largemouth are the name of the game, and they have a buffet of options to eat ranging from bluegill to shad and crawfish.

Duke Jenkel has accumulated more than one-third of his Top 10 finishes with MLF on Rend and is a longtime competitor at a variety of levels. According to the Illinois angler, Rend should be in good shape for the Illini Division kickoff.

“The fish – the majority, if not all – will be done spawning,” Jenkel says. “It’ll be a postspawn tournament … a shallow-water tournament with an opportunity to catch them flipping shallow cover, buck bushes and willow trees, as well as some topwater fish.”

Jenkel has fished Rend for years and knows that shallow is usually the name of the game.

“It’s very rare to catch a fish deeper than 8 foot on that lake,” he says. “Those fish like to live shallow. As long as there’s water in the bushes, they stay in the bushes. As the summertime comes, some of those fish get out in the main lake and on riprap, but they don’t get deep. There’s no reason to own anything deeper than a Bandit 200. If it dives 8 feet, that’s all you’ll ever need.”

Jenkel says 15 pounds or so should win the event, but that the conditions leading up to it could bump that up slightly. Rend is a bit of a weird lake, he says, so low water or hot weather could actually make the fishing better.

“April is always miserable,” Jenkel adds. “[The water] is usually high, they’re usually spawning, and you can’t get to where they are. They’re behind a row of bushes that’s 30-foot thick, so you can’t access many of the fish. If you could have a low-water spring tournament there, it would be one of the finest bass tournaments ever. I’ve fished it maybe four times like that, and it’s amazing. But when the water is up, the fish go back in the bushes – maybe you can get a bait in there, but you’re never going to get a fish out.

“If we have a hot May, it’ll be a great tournament,” says Jenkel, who won a team event last May on Rend with more than 19 pounds. “Those fish will get out there and get a little bit more accessible. If most of them spawn on this full moon, it’s going to be a pretty good tournament.”

As for techniques, you should head to Rend prepared for riprap and bushes.

For the rocky side of things, Jenkel says a crankbait, Lunker Lure Buzzbait or Rebel Pop R can do work. For the bushes, some sort of soft plastic and a jig to flip will be key players.