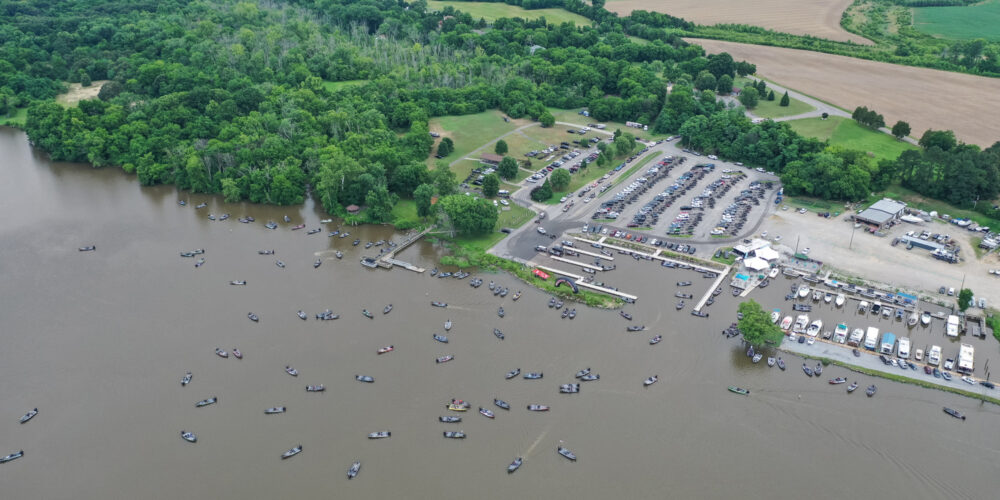 “The James River is one of the best bass fisheries in the country in the fall,” said pro Martin Villa of Charlottesville, Virginia, who finished in ninth place when the Tackle Warehouse Pro Circuit visited the James River in June. “This time of year, you can fish any way that you want to and catch them.

“One thing that is a little worrisome is that it’s hurricane season,” Villa said. “If there is a storm anywhere near the coast, it can drastically change the fishery. But there is fish on the main river, and there is fish in every creek. It’s going to be a fun event – I wish I was fishing in it.”

Villa mentioned numerous different baits that would be in play, including swimjigs, creature baits, drop-shot rigs and crankbaits.

“I think whomever finds the crankbait fish will win,” Villa said. “To make it to the third and final day, you’re going to have to have 15 pounds a day. I think 17 pounds a day – around 52 pounds total – will win this event. All depending on the weather, of course.”

Anglers will launch at 7 a.m. ET each morning from the Osborne Landing, located at 9530 Osborne Turnpike, in Richmond. Weigh-ins will also be held at the landing and will begin at 3 p.m. Fans are welcome to attend the event or follow the action online through the “MLF Live” weigh-in broadcasts at MajorLeagueFishing.com.

The 2022 MLF Phoenix Bass Fishing League Presented by T-H Marine consisted of 24-divisions devoted to weekend anglers, with 128 tournaments throughout the season and five qualifying events in each division. The top 45 boaters and Strike King co-anglers from each division, along with the five winners of the qualifying events, advance to one of six Phoenix Bass Fishing League Regionals.

The top boaters and Strike King co-anglers from each Phoenix Bass Fishing League division will also earn priority entry into the Toyota Series, the pathway to the Tackle Warehouse Invitationals and ultimately the Bass Pro Tour.