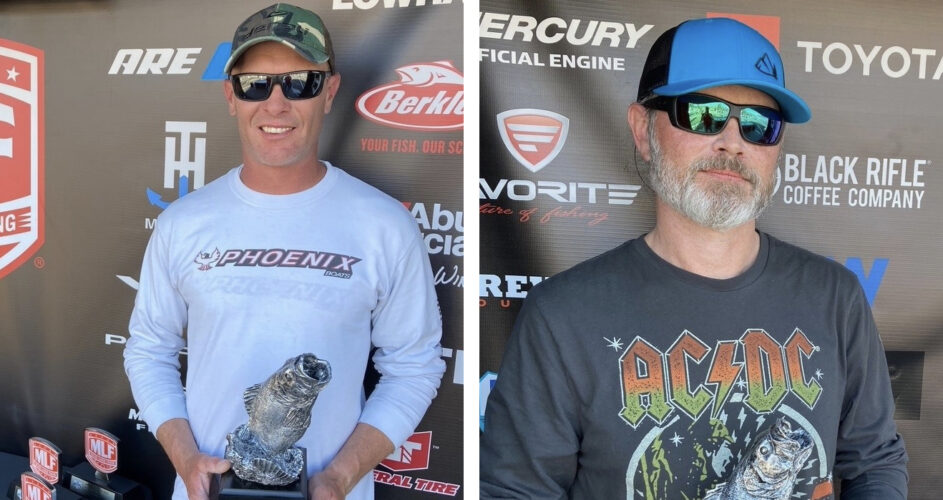 “It took all day to grind them out,” Ray said. “I found the fish in practice, but I only caught nine or 10 keepers all day.

Ray said his fish fell for a shaky-head tipped with a green-pumpkin trick worm in 20 to 25 feet of water. He said he focused on deep brush in the mid-lake area.

Hake had a largemouth that weighed 5 pounds, 7 ounces that was the heaviest of the event in the Boater Division and earned the day’s Berkley Big Bass Boater award of $775.

Clay Hardin of McGehee, Arkansas, caught the largest bass in the Co-angler Division, a fish weighing in at 3 pounds, 10 ounces. The catch earned him the day’s Berkley Big Bass Co-angler award of $387.

The 2022 Phoenix Bass Fishing League Presented by T-H Marine is a 24-division circuit devoted to weekend anglers, with 128 tournaments throughout the season, five qualifying events in each division. The Top 45 boaters and Strike King co-anglers from each division, along with the five winners of the qualifying events, will advance to one of six Regional Championships where they are competing to finish in the Top Six, which then qualifies them for one of the longest-running championships in all of competitive bass fishing – the Phoenix Bass Fishing League All-American. The 2022 All-American will be held June 2-4 at Lake Hamilton in Hot Springs, Arkansas, and is hosted by the Arkansas Department of Parks and Tourism and Visit Hot Springs.