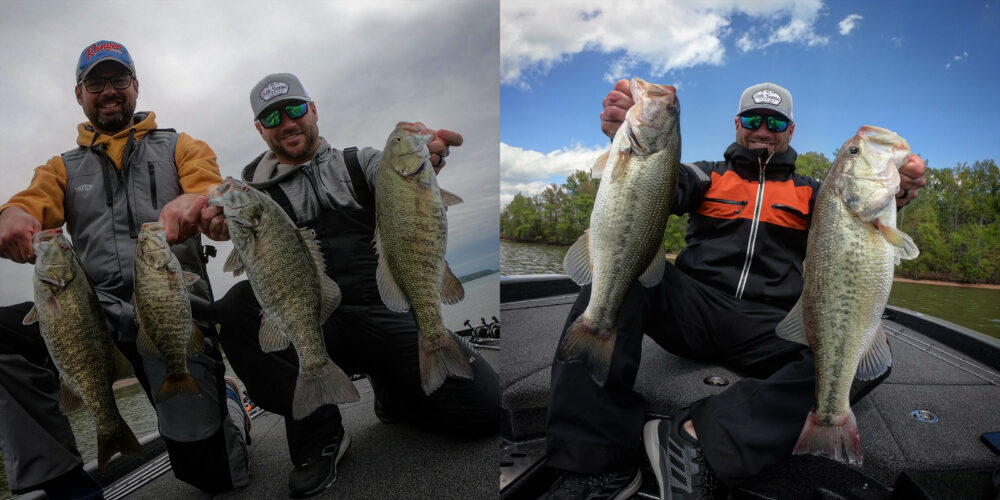 The 2021 Phoenix Bass Fishing League Presented by T-H Marine LBL Division continues June 12 on Kentucky and Barkley lakes out of Moors Resort & Marina. One of the most famous lakes in the country, Kentucky Lake is beginning to rebound from a few years of tough fishing.

Adjacent lakes separated by the Land Between the Lakes Recreation Area, Kentucky Lake and Lake Barkley are linked by the 1.75-mile Barkley Canal. Though Kentucky Lake is much larger and historically offers better fishing, it’d be no huge surprise to see Barkley play in this event as well. Barkley is built on the Cumberland River and Kentucky Lake is one of many famous reservoirs on the Tennessee River.

Both lakes are frequent tournament stops – and used to be amazingly good – with some of the best fishing in the country to be had. Especially in the summer when the offshore bite was on, the ledges of Kentucky Lake could rival any other lake on the Tennessee River.

These days, the lakes are attempting to bounce back from a few tough years, and signs are hopeful. While the famous ledge fishing isn’t what it was, the winning weigh should still be around or over 20 pounds, and there’s a lot more variety on the table than in recent years.

With smallmouth, largemouth and some spotted bass available, both lakes are chock-full of options. Though there used to be a fair amount of grass in Kentucky Lake, the main players now are shallow targets, brush and of course, the famous ledges.

A guide on the lake, Brandon Hunter has seen Kentucky Lake at its best and worst over the years. Now, though the lake isn’t what it was a few years ago, he says the fishing should be pretty solid.

“Historically, if someone asked when to book a trip, the first two weeks of June are lights out, it’s a lot of fun,” says Hunter, who has duked it out with Jason Lambert in FLW Tour events in the past. “I’m optimistic that this year we’ll see some fish offshore in the lake. Because, before now, we haven’t had that age class of fish that schools up offshore. So, I’m optimistic.

“That being said, the lake is changing so much, so people are having to fish different,” says Hunter. “Last year, I never found the first school of bass offshore to throw at on Kentucky Lake last year. I did catch some offshore, but I was throwing a worm or a jig and catching one here or there. What we’re used to seeing, I never saw that last year, not on one spot did I find a school of fish.”

Still, there are fish to be caught, particularly shallow. With a somewhat cool spring in the books, Hunter expects a shad spawn to be in play, and says that the shallow bite can be a player any time now.

“The last couple years, the shad spawn seemed to last a lot longer,” says Hunter. “Me personally, it got me through the summer with my guide trips. Fishing docks plays now. Fishing shaded banks with laydowns early in the morning plays now.

“We’re having to fish the lake a lot different than we did in years past. If you fish like you did five or 10 years ago here, it’s not going to happen for you,” says Hunter. “Just going out there and finding 10 or 12 schools you want to fish; I don’t think you’re going to see that. Now, hopefully you find one little wad of fish and you can catch two or three out of them, and then you run to the bank and throw a topwater or a swim jig at laydowns or something.”

These days on Kentucky, Hunter says docks, shallow cover, brush or just dragging offshore is more likely to produce a W in June than hitting a dozen schools with a big crankbait or swimbait. That said, he still expects decent weights and believes the fishing is better than it was a couple of years ago.

Hunter says that there are some offshore tactics that can still play. In part, because he’s an excellent offshore angler, he’s prone to at least giving it a try off the bank.

“A big swimbait will still play, for the guy that is looking for five bites, you can fish those places we fished in years past,” says Hunter. “You can still pull up to those history places and slowly wind a swimbait around and you might get five big bites a day. I’ll have a big crankbait tied on, just because it is Kentucky Lake in June. A big worm will work too, I’m not a dragger, but you can drag a worm around and catch some still.”

On the shallow side, he likes topwater and a variety of shad imitators.

“With the cooler temperatures, you might still see a good shad spawn happening,” says Hunter. “If that’s the case, a swim jig or a little swimbait, like a 6th Sense Divine Swimbait on a ¼-ounce head will work. I’ve actually caught a lot of fish on that swimbait recently, just throwing it shallow around current breaks.”

Even if Kentucky isn’t quite what it used it be, it doesn’t mean the fishing is bad. With 20 pounds still likely to win, the fishing should be ok. Plus, there is money to be won and points to be earned toward the Regional.