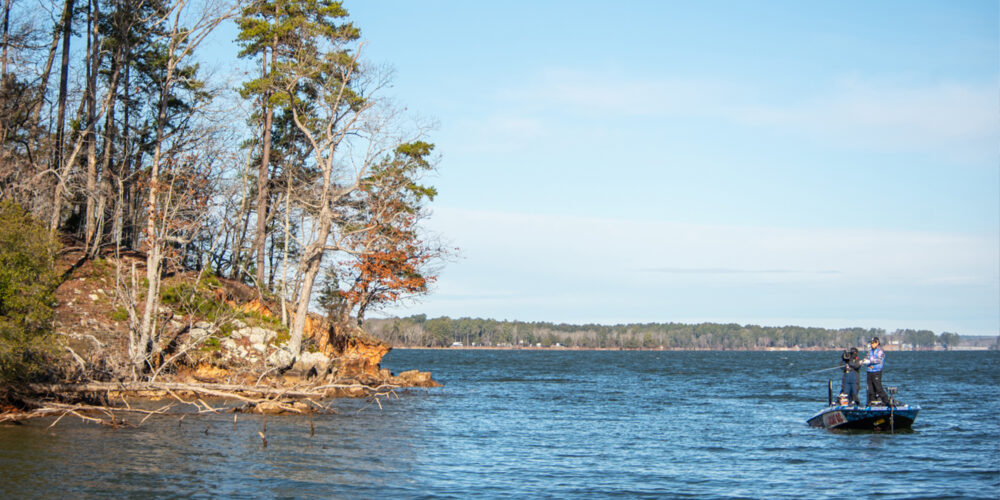 The 2021 Phoenix Bass Fishing League Presented by T-H Marine South Carolina Division starts the season on February 13 on Lake Murray. One of the finest lakes in South Carolina, Murray should be in a solid prespawn mode and good weights are expected.

Lake Murray was formed in 1930 when construction on the Dreher Shoals Dam was completed and the Saluda River began to flood into the creeks and lowlands of the surrounding area. Eventually, the floodwaters created the reservoir that has since been dubbed the “Jewel of South Carolina.”

Situated between the Blue Ridge Mountains and the Low Country, Murray sprawls some 50,000 acres and is typical of reservoirs found in central South Carolina: red clay banks, little submerged vegetation, ample docks and water clarity ranging from very clear in the lower end to nearly muddy in the upper end.

In the winter, Murray can produce truly exceptional weights, with winning bags frequently bumping over 25 pounds. Over the years, Murray has changed a lot – it’s hard to believe, but there was a time when it was filled with hydrilla. Though that’s no longer the case, the fishing is still very good.

Tackle Warehouse Pro Circuit pro David Williams hails from Maiden, N.C., but has plenty of good finishes on Murray to his credit over the years.

“Most of your fish are prespawn, but they’re going to be getting pretty close,” Williams says. “I have seen them on the bed early down there, but it’s not typical. You’re probably going to be looking at a lot of squarebill crankbaits on rocks and clay points. If you get sunshine, a lot of guys will be flipping docks. For the most part, the fish are going to be pretty shallow, unless you get a severe cold front – then it’s going to be more Alabama rigging and swimbaiting.”

Williams says that the Carolina staple of offshore brush and cane shouldn’t be much of a factor this time of year.

“Cane piles don’t do much until they start getting more postspawn,” Williams says. “You can catch some on brushpiles, but they’re mostly going to be shallow brush, like brush around docks or in little pockets.”

Williams thinks the fishing should be pretty good, and most of the fish will be caught shallow.

“They’re going to be getting close – they really do spawn down there pretty early,” Williams says. “They usually feed up pretty hard right before they go on bed, so it should be good. It will take low- to mid-20s to win. I haven’t fished there recently to know, but I would still say someone will get to 22 pounds or so for sure.”

This time of year, Williams has a few prime culprits in mind for fish catching on Murray.

“Something like a craw-colored Queen Tackle Tungsten Flipping Jig with a  Zoom Ultra Vibe Speed Craw on it will do really well,” Williams says. “As far as crankbaits, some kind of squarebill will be good, I like the Duo Realis Apex 66, even a lipless crankbait will be a player. The Alabama rig will be good too, and you can’t forget about a Megabass Vision 110 jerkbait – that’s something you have to have tied on until the spawn comes around.”

Additionally, if the fish aren’t on the bank, some more offshore Carolina staples could play. Be on the lookout for baits like a shaky head, a football jig or an underspin to catch some bass.