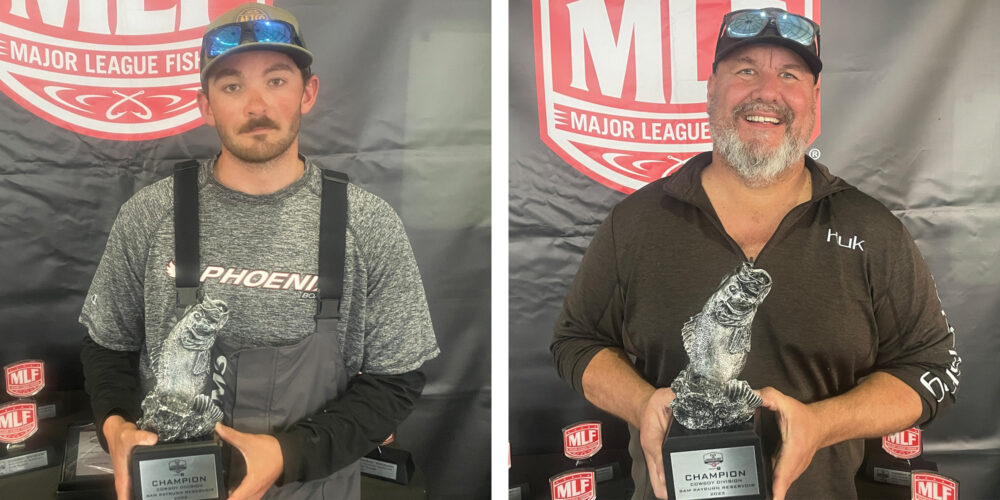 “I started out and ran up the lake a way, then stopped on my first spot I had and just got lucky,” Heck said. “My first couple of casts I pulled a couple of fish off the spot.”

Heck said he left his first spot and roamed the lake, relocating to different areas and picking off fish. Heck said he threw a combination of a crankbait, a big worm and a jig to boat his bass and targeted hard spots in 8 to 20 feet of water. He said his big bass, an 8-pound, 5-ounce largemouth that was the Berkley Big Bass of the day, fell for a Zoom Trick Worm.

“These spots were nothing special,” Heck said. “It was just a lot of graphing to find the little areas that the fish get on in the winter time. I had three areas I felt really confident in, and there were little schools of four or five fish on them – nothing crazy.”

Heck said he relocated to Texas four years ago to pursue tournament fishing, and said he spends four to five days a week fishing Sam Rayburn. That time on the water seems to have paid off for Heck, as he said he caught only five fish during the course of the day – the right five fish. Confident in the weight in his livewell, he stopped fishing and tried to find areas to boost his co-angler’s weight.

“I got lucky and got a bite or two off of each spot, and it all worked out,” Heck said. “I’m really happy with the way I fished. I’m just hoping I can go out and do the same thing next time.”

The Top 10 boaters finished the tournament:

Heck’s largemouth that weighed 8 pounds, 5 ounces, was the heaviest of the event in the Boater Division and earned him the Berkley Big Bass Boater award of $1,000.

Tim Hawkins of Anna, Texas, won the Strike King co-angler division and a total of $3,000 Saturday, after bringing five bass to the scale that weighed 15 pounds, 11 ounces.

Matzke earned the Berkley Big Bass co-angler award of $500, catching a largemouth that weighed in at 9 pounds, 10 ounces – the largest co-angler catch of the day.

The 2023 Phoenix BFL Presented by T-H Marine is a 24-division circuit devoted to weekend anglers, with 128 events throughout the season, five qualifying tournaments in each division. The top 45 boaters and Strike King co-anglers from each division, along with the five qualifying event winners, will advance to one of six BFL Regional tournaments where they will compete to finish in the top six, which then qualifies them for one of the longest-running championships in all of competitive bass fishing – the BFL All-American. The 2023 All-American event will take place May 31 through June 2, on Lake Hartwell in Seneca, South Carolina. The event is hosted by Visit Oconee SC.