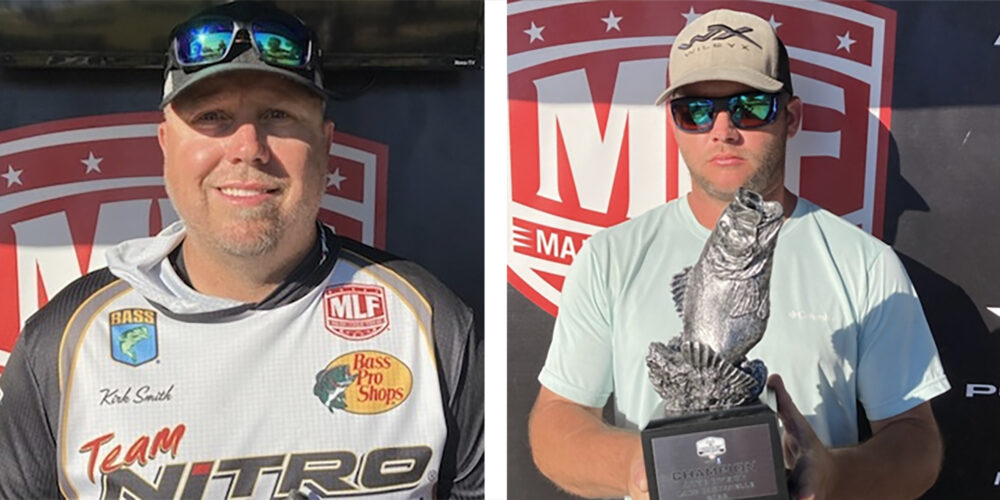 “I’m pretty familiar with Dardanelle and started running all of my old stuff,” said Smith, who notched his second win on Lake Dardanelle in MLF competition. “I was running down the lake and noticed there were a lot of shad on the main lake and not a lot in the backwaters. So, I started targeting little pockets off the main river that had the shad, where I think bass were hanging out to ambush them.”

Smith said he relied on a vibrating jig and a square-bill crankbait in 3 to 4 feet of water in the mid- to upper-Dardanelle area to catch his bass. He targeted laydowns or brush on both days of competition, but admits fishing was tougher on Sunday.

“I caught 20 to 25 fish during the tournament,” Smith said. “About 15 of those were keepers. Fishing got a lot tougher for everybody on Day 2. Saturday, there was a little bit of wind, but there was none on Sunday.

“This win feels fantastic,” Smith said. “I really love to win multiple-day events because it shows you were on something really strong instead of just a one-day fluke.”

Smith also caught a bass weighing 5 pounds, 7 ounces – the heaviest of the event in the Boater Division – to earn the Berkley Big Bass Boater award of $735.

Reagan Brown of Hot Springs, Arkansas, caught the largest bass in the Strike King Co-angler Division, a fish weighing in at 5 pounds, 2 ounces. The catch earned him the Berkley Big Bass Co-angler award of $367.

The 2022 Phoenix Bass Fishing League Presented by T-H Marine is a 24-division circuit devoted to weekend anglers, with 128 tournaments throughout the season, five qualifying events in each division. The top 45 boaters and Strike King co-anglers from each division, along with the five winners of the qualifying events, will advance to one of six Regionals where they are competing to finish in the top six, which then qualifies them for one of the longest-running championships in all of competitive bass fishing – the Phoenix Bass Fishing League All-American.