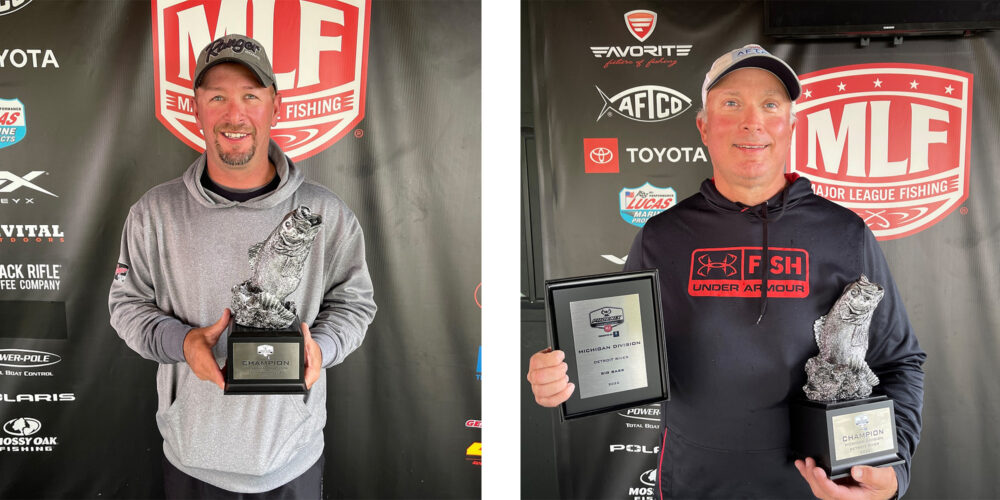 “I’ve really been wanting a Super Tournament win,” said Sitko, who now has four BFL wins and a Toyota Series victory on the Detroit River. “I’ve been close at second and third place, but I’ve been after this one for a while.”

Sitko said he fished isolated humps in 20 to 23 feet of water in the Canadian shoreline of Lake Erie to catch around 30 smallmouth during the course of the tournament. Sitko said the smallies fell for a drop-shot rig as well as a tube on Saturday in a hard south wind, but wind switched to out of the west on Sunday, and the fish wouldn’t bite the tube.

“I rotated through a half dozen spots or so to catch my fish,” Sitko said. “On my second cast on Sunday I caught one that weighed 6-1, and I thought it was going to be a pretty good day. Then I fired right back out and broke off a fish and lost one right after that. I was off to a great start, but it went sideways on the next two casts.”

Brad Ballew of Macomb Township, Michigan, caught a bass weighing 6 pounds, 1 ounce – the heaviest of the event in the Boater Division – to earn the Berkley Big Bass Boater award of $780.

Nega also caught the largest bass in the Strike King Co-angler Division, a fish weighing in at 5 pounds, 12 ounces. The catch earned him the Berkley Big Bass Co-angler award of $390.