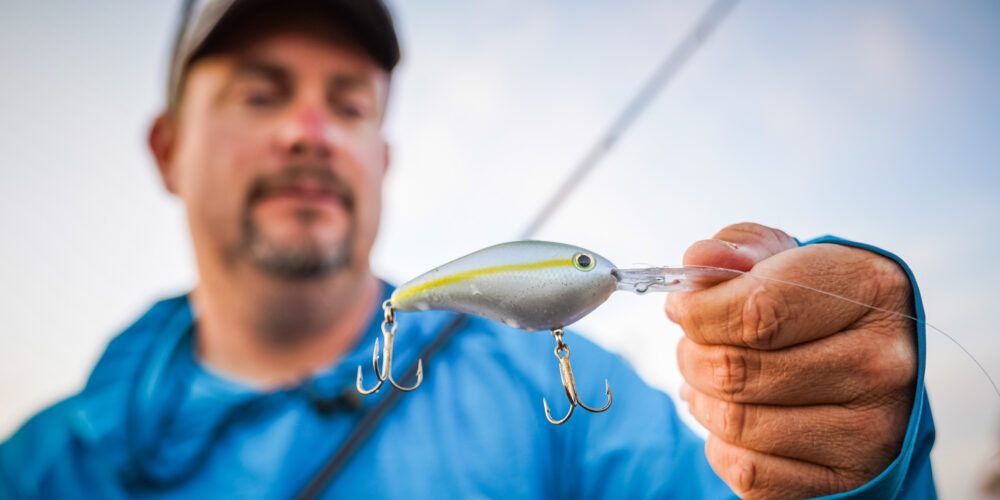 The Phoenix Bass Fishing League Presented by T-H Marine All-American on Douglas Lake came with changing conditions and the anglers who were able to make key adjustments landed a spot in the Top 10. Some of the top contenders were able to target an offshore bite, while others took advantage of a timely bluegill spawn and cicada hatch.

If you’re headed to Douglas Lake, here are a few baits to keep in mind. Some of them work each spring, while others only come around every 17 years.

1. Champion Brant Grimm dug deep with a Strike King 6XD to fire up offshore schools and take home the trophy. A custom-made 8-foot cranking stick was key for making long casts to spooky fish. He cleaned up with a few other baits, most notably a Zoom Brush Hog on a Carolina rig.

2. Leslie Brandenburg slid into second place on the back of a River2Sea S-Waver 168 glide bait. Using the warden hitch color and painting the tail black, he worked it both shallow and off the bank.

3. Third-place finisher Cody Hoyle stuck to the shallows with a 6th Sense Divine Swim Jig in white and a homemade jig in green pumpkin.

5. Chris Baldwin can thank a Dave’s Tournament Tackle Swimming Jig in white with a Zoom Fat Albert Twin Tail Grub trailer for his success this week. Casting it around a particular stretch of shoreline, he was able to bag a top-five finish.

7. Roger Fitzpatrick threw a white swim jig and a topwater around bridge pilings to catch an early limit. Later, he switched to a Pulse Fish Plastics soft jerkbait that he fished weightless for visible, shallow bass.

8. Harmon Davis utilized a 3/8-ounce Dirty Jigs Swim Jig to replicate spawning baitfish. It turned out to be a deadly duo when followed up with a Lucky Craft Kelly J Prop Bait.

10. Austin Culbertson caught an insurance limit each morning on a Heddon Zara Spook, then had the freedom to get creative with a LIVETARGET Hollow Body Frog he souped-up to perfectly replicate emerging cicadas.