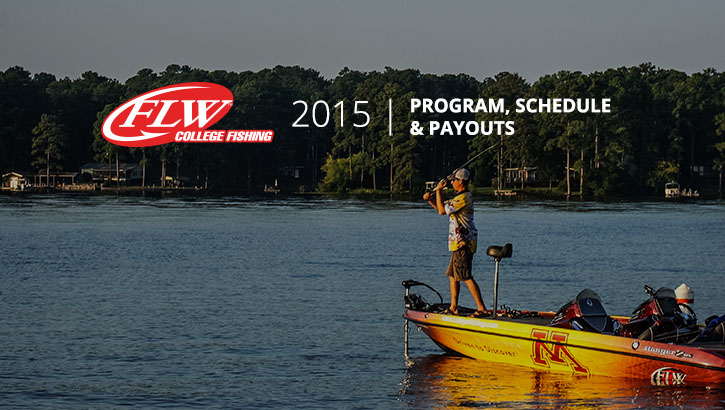 Collegiate anglers take note. It’s time to gear up for the 2015 season, and FLW has several enhancements coming your way starting with the addition of a new FLW College Fishing Open. This special tournament offers a Ranger Z117 to the winning team and advances the top 10 teams directly to the 2016 FLW College Fishing National Championship. The event will be open to teams from any conference, and there is no limit on the number of boats each school can enter.

“Our goal is for this to be the single largest gathering of collegiate anglers in history,” says Kathy Fennel, FLW President of Operations.

The two-day tournament, featuring a full field both days, will be held March 20-21 on Kentucky Lake at a time when fishing action should be incredible given the lake’s well-deserved reputation for producing big catches that time of year.

“This change, along with opening the fields, is intended to help cut travel costs for Western Conference teams, many of which have to travel substantially more miles than teams in other divisions in order to have representation in three tournaments,” notes Kevin Hunt, FLW College Fishing Tournament Director.

In a move that mirrors recent changes on the Walmart FLW Tour, FLW College Fishing anglers can wear their own jerseys beginning with the 2015 National Championship and going forward, greatly enhancing the value that each team’s local sponsors receive.

Registration for the 2015 season opens Dec. 15, 2014, for teams from clubs represented in the 2014 FLW College Fishing National Championship. All other teams may register beginning Dec. 16, 2014. Teams can register at CollegeFishing.com or by calling 270.252.1000. Teams fishing the 2015 FLW College Fishing National Championship will receive a travel allowance based on the distance traveled to the event, but all other travel allowances have been discontinued. There are no entry fees in FLW College Fishing tournaments. Phones are open 8 a.m. to 5 p.m. Central time Monday through Friday.

“We are looking forward to a tremendous 2015 season as we continue to build on the momentum of ICAST, an incredible 2014 Forrest Wood Cup in Columbia, SC, newsstand sales that rank FLW Bass Fishing magazine as the best-selling title in its category, our recent NBC network broadcast success and our recent New York Times cover story on FLW College Fishing,” adds Trisha Blake, FLW President of Marketing. “All of this means more opportunity for students fishing FLW College Fishing, the nation’s largest collegiate tournament trail.”

Unlimited field – Open to teams from all conferences

Unlimited field – Open to teams from the specified conference

Every team receives a travel allowance based on the distance traveled to the tournament.