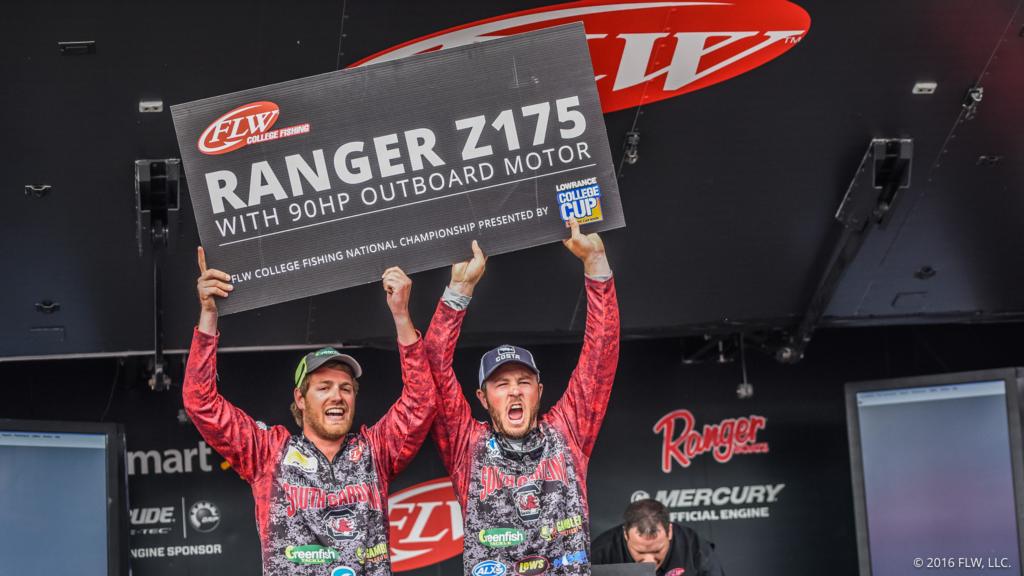 A top-10 finish in their home state simply would not satisfy Chris Blanchette and Hampton Anderson, so the University of South Carolina anglers pulled out all the stops, fished for the win and brought home the 2016 FLW College Fishing National Championship with a three-day total of 38 pounds, 15 ounces.

Indeed, their third-day weight of 13-4 was the largest of the final round of the tournament, which was presented by Insight Genesis College Cup and hosted by the Mountain Lakes Convention and Visitors Bureau. Sacking up this deal-changing weight came down to boldness and belief.

“We knew we could catch a limit of spots fairly easily, so we went and tried to gamble and catch some largemouths we had found on the beds by casting a weightless [Yamamoto] Senko to them,” Blanchette says. “The first fish we went to had pulled off. We went to another fish, and it had pulled off too.”

Rather than getting spun out, the anglers regrouped and grabbed a relatively easy limit of spots by throwing Senkos around stumps in 5 to 7 feet of water on clay banks. With about 7 1/2 pounds in the boat, Blanchette and Anderson knew it was gut-check time.

“We said, ‘This is not how we’re going to win it,’” Blanchette recounts. “We picked up, ran to the back of a creek and started throwing the Senko. We knew if we kept it in our hand all day we’d get the bites we needed. Sure enough, we sat down on our first spot, and on my second cast, I catch a 4-pounder at 9 o’clock.” 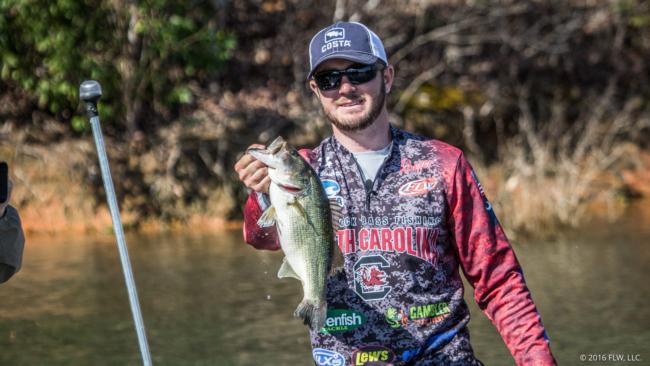 Anderson says that while the early kicker took a huge weight off their shoulders, they knew it wouldn’t be enough. They needed two 3-plus fish to win.

Unfortunately, Blanchette broke off a good fish on the other side of the cove that produced the 4-pounder. Convinced they could upgrade further, the anglers pushed hard and gave the area every chance to produce.

Eventually, they realized that further improvement would require relocation.

“We had about 10 1/2 pounds, but we ran everything in that creek,” Blanchette recalls. “We said, ‘We’ve burnt it up, and we have to make a decision.’”

That decision: Venture up to another cove with habitat similar to what produced. Sounds like basic fishing rotation, but, as Anderson notes, neither angler had been there in several years.

“We knew that area had what we were looking for, so we hunkered down in that cove,” Blanchette says. “We didn’t get a bite in an hour and a half, but we said, ‘The fish to win live here.’

“Sure enough, we were going into the back of this cove and he [Anderson] spots a bed fish out of the corner of his eye that was over 2 pounds,” Blanchette continues. “I caught that fish on a white Zoom Lizard, and as soon as I did, he picked up the unweighted Senko, and two casts later catches one that was over 3.”

That one-two punch sealed the deal.

And get this – their double-header came one hour before the end of the fishing day. 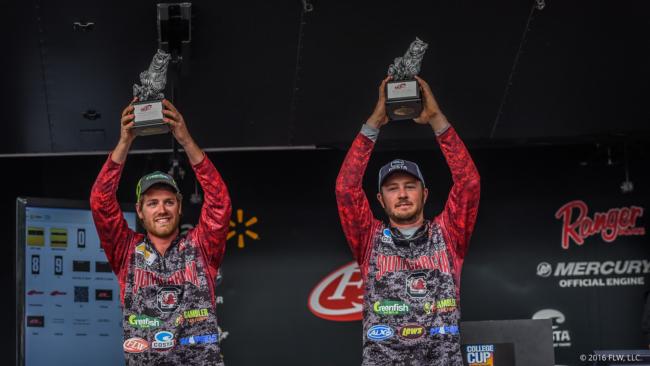 “It came down to staying focused and patient with our game plan of being able to move and not being afraid to go out and potentially lose the tournament on something that we didn’t fish in practice,” Blanchette says. “We knew if we kept our head down it would happen eventually. Those two fish – that was the tournament right there.”

Anderson says that locating big cruising largemouths to complement their spotted bass pattern was the key to their success. While they did mix in a little bed-fishing action this week, the majority of their fish were caught outside the bedding zone, right on the edge of prespawn staging.

Their basic target scenario comprised the mouths of spawning pockets with docks, laydowns and buck brush.

“We kind of dialed in that the bigger largemouths were up in some kind of cover,” Anderson says. “We knew we weren’t going to get a lot of bites, but we knew they were going to be the right ones.”

En route to their victory, Blanchette and Anderson placed 18th on day one with 11-12, but bolted into the top 10 with a day-two weight of 13-15. Surging across the finish line took guts, but anything less has no business in a championship event.

“We’re both conservative fishermen,” Blanchette says. “We just want to go out and catch a solid limit. But we knew this is it – this is the National Championship. We came here to win, not take second or third.

“We knew we had to swing for the fences, and we hit one out of the park.”