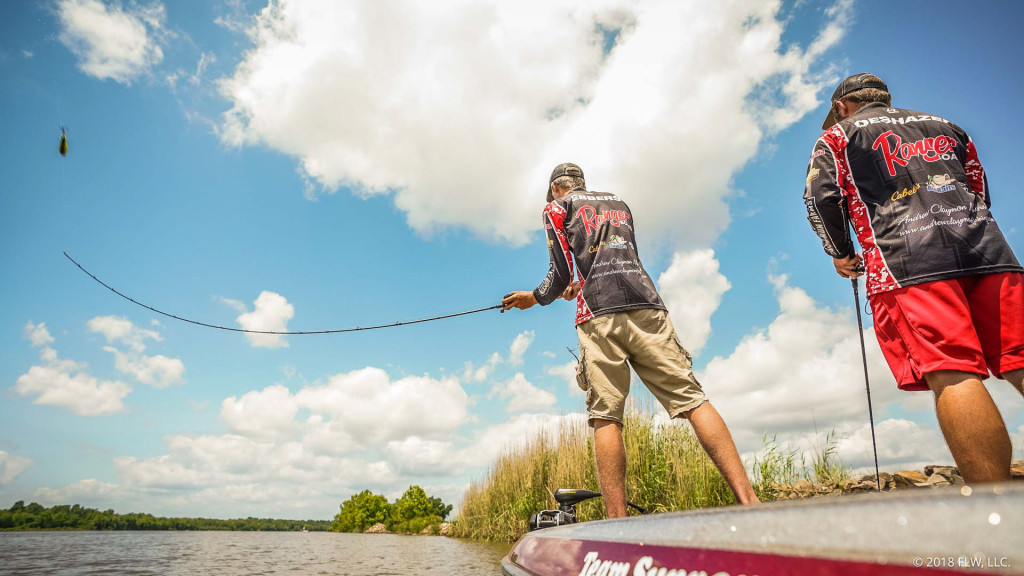 Thomas Soileau and Hunter Freeman again unlocked a tricky Red River and added 12 pounds, 4 ounces to their day-one score of 14-7 to tally 26-11 and keep the University of Louisiana-Monroe atop the YETI FLW College Fishing National Championship presented by Lowrance C-Map Genesis. Behind them, Tusculum college is in easy striking distance, and the rest of the top 10 would love to make things interesting on the final day. 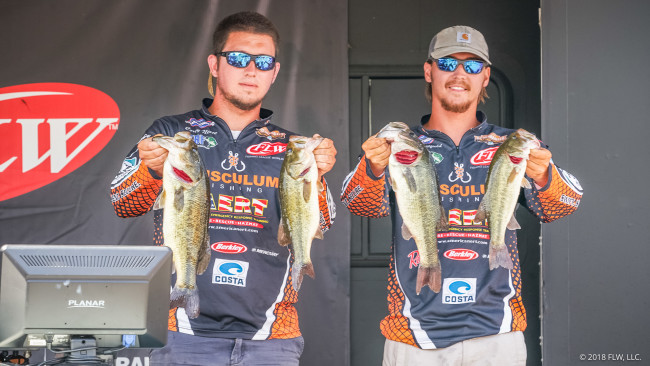 In a tournament thus far dominated by rock and wood targets, Nick Hatfield & Corey Neece have spent two days in a unique backwater that has led Tusculum College into the second-place spot with 25-10. Improving from fourth place on day one, the anglers added 13-9 — the day’s second largest bag.

“I think it’s just the area we’re fishing; it has good grass with good cover and lots of fish,” Hatfield says. “Everyone’s out there on every rock pile and every jetty, so in practice we wanted to get away from everybody, so I think we’ve done that.”

Locking down to Pool 4, the anglers spent their day in an oxbow with expansive grass beds. Same as yesterday, they fished SPRO Bronzeye Poppin’ Frogs over the grass and punched the vegetation with beaver-style baits and 1 1/2-ounce weights. The only difference, Hatfield notes, is that, while the frog produced all the day-one fish, the punch rig carried today’s weight.

“In the first 10 minutes, we caught our biggest fish — a 4-pounder — and then it slowed down after that. But, it didn’t take us but probably three hours and we had what we had,” Neece says. “We went to Pool 4 to get away from everyone. It’s a pretty good haul down there, but it’s worth it.” 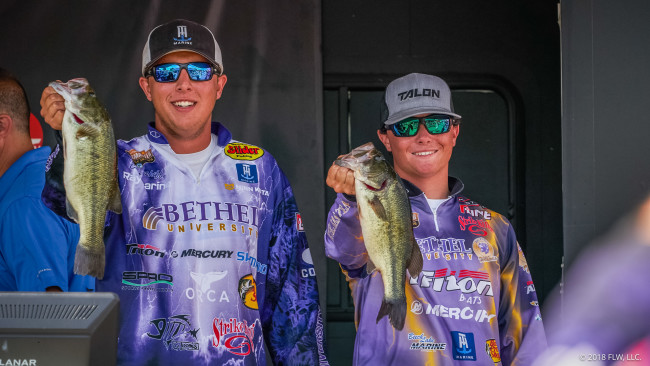 The biggest move of the day belongs to Bethel University’s Cody Huff and Garrett Enders, who bolted up from 32nd place on day one to third on the strength of the day’s heaviest sack — a 13-pound, 14-ounce limit that raised their total to 22-6.

Huff says the difference was simple — they leaned on their fish today.

“Yesterday, we left our area as soon as we caught five,” he says. “We should have stuck around, but I thought a limit was going to go a lot farther in this tournament. Today, we stayed in there all day and caught as many as we could catch.”

Huff joked that their area was probably the ugliest backwater on the river, but the muddy shallows held lot of tree root masses, which produced most of their fish. The Bethel anglers caught their fish on buzzbaits and vibrating jigs.

“Cody caught one of our big ones this morning on a buzzbait, but after the shade line disappeared, we started throwing the ChatterBait,” Enders says. “It’s pretty shallow, so you have to wind the baits pretty fast, but when they eat it, it’s vicious; it’s some of the hardest ChatterBait bites we’ve had.” 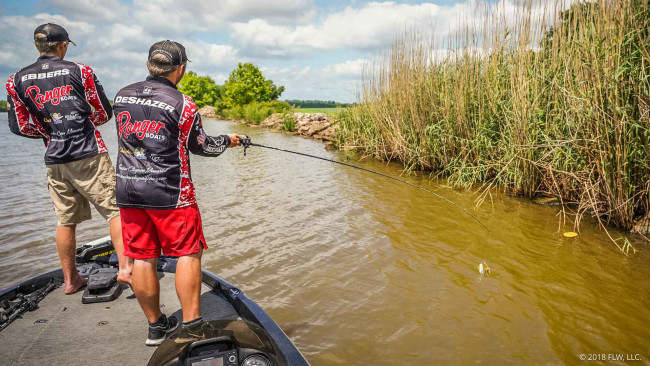 Day one dealt them a tough hand with multiple boat issues that greatly limited their options, but today, the University of Nebraska’s Jackson Ebbers and Charlie Deshazer launched fully operational and earned their day-three spot with another solid effort. Adding 8-9 to their 13-11 from day one gave them a 22-4 total.

“We filled out a really small limit; they were all about 12 inches and we were just grinding all day, looking for a big bite,” Deshazer says. “We ended up catching a 5-pounder about 11 o’clock, so that helped.” 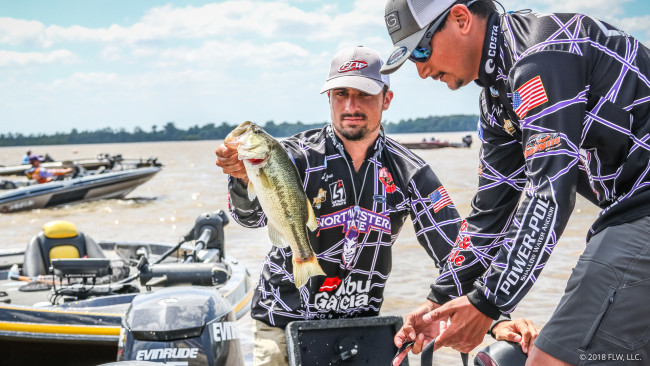 Remaining in fifth place, Hunter Malmay & Robert Jones again focused their efforts on pitching main-river wood targets. After weighing 11-14 on day one, they added 10-5 today for a 22-3 total.

“We targeting the greener bushes; it helped to have cleaner water around, but the greener bushes played a key role today,” Malmay says. “I think they put a little more oxygen in the water and those leaves add more shade.”

Malmay says he and Jones pitched all the angles on their targets, especially the more challenging inside angles that many probably overlooked.

“We were fishing slow and methodically and maybe we caught the fish that everyone else passed up,” Malmay says. “They were buried deep, so once we hooked into them, we had to troll to them to get them out.”