Cal Poly Busts 20 on the Delta 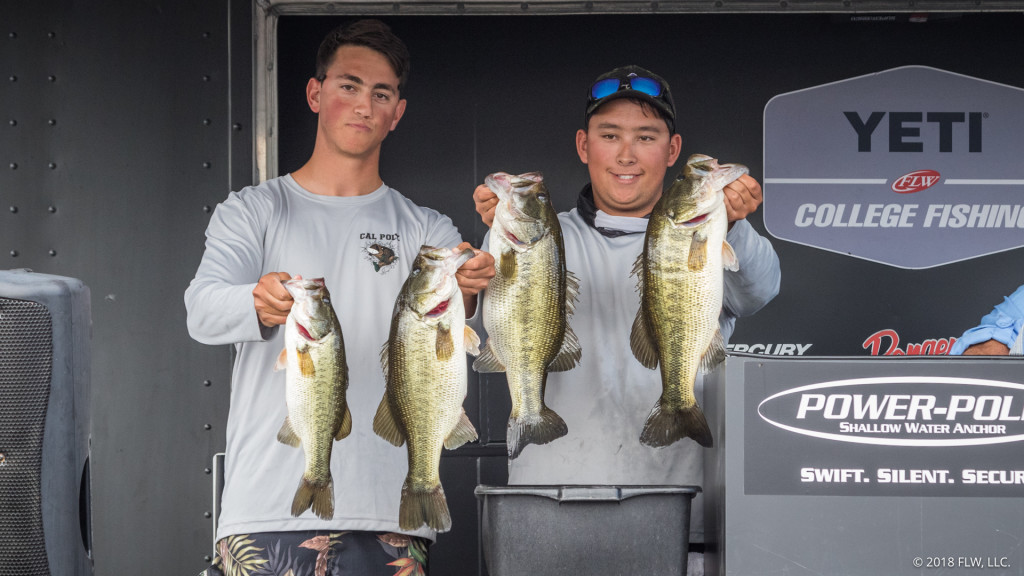 The California Polytechnic State University duo of Sam Morita of Sebastopol, California, and Aren Abrahamian of Glendale, California, won the YETI FLW College Fishing event on the California Delta presented by Costa Saturday with five bass weighing 20 pounds, 1 ounce. The victory earned the Mustang’s bass club $2,650 and a slot in the 2019 FLW College Fishing National Championship, scheduled for June 4-6, 2019 at the Potomac River in Marbury, Maryland.

“We started our day fishing on the south-southeast side, near Mandeville Island,” says Abrahamian, a senior majoring in environmental science. “We were fishing riprap banks with squarebill crankbaits. We had figured out the squarebill deal in practice and we knew we could put together a quick 6- or 7-pound limit and then go looking for upgrades, so that’s what we did.”

The duo threw unnamed craw-pattern, light red squarebill crankbaits to put together an estimated 7-pound limit by 10 a.m., then moved to another pattern, fishing old dock pilings with Yamamoto Senkos.

“We moved to another spot that had a bunch of pilings – probably around 100 – and caught three big ones flipping Senkos,” Abrahamian says. “Sam was fishing a green-pumpkin and red flake color, Texas-rigged; I was fishing just a green Senko and had mine wacky-rigged. We only had three bites doing that, but they were 4-, 5- and 6-pounders.”

The Mustangs estimated that they caught around 20 keeper fish throughout the day – 40 total. They said that 95% of their bass came on the squarebill.

“We got lucky with the Senkos, but if we wouldn’t have thrown the squarebills early than we wouldn’t have had a limit,” Abrahamian says. “We usually don’t throw that here, but it was a random call that Sam made in practice and it ended up working out – even better than we thought it would.”