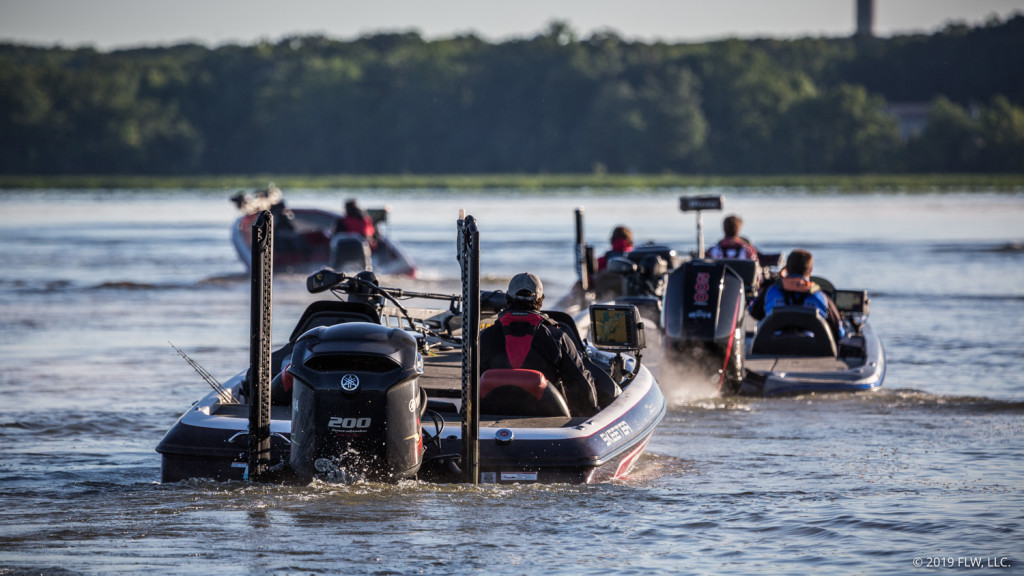 Bright and early this morning, 148 teams of the best college anglers in the country rolled out for day one of the YETI FLW College Fishing National Championship presented by Lowrance. Taking place on the Potomac River, just like last week’s T-H Marine Bass Fishing League (BFL) All-American, the 10th annual National Championship is the culmination of the 2018 season, and the winning duo qualifies for the 2019 FLW Cup and earns a new Ranger boat for its club.

To add to the fun, the final two days of the event will air on FLW Live, providing extra insight into the battle for the title of National Champions. 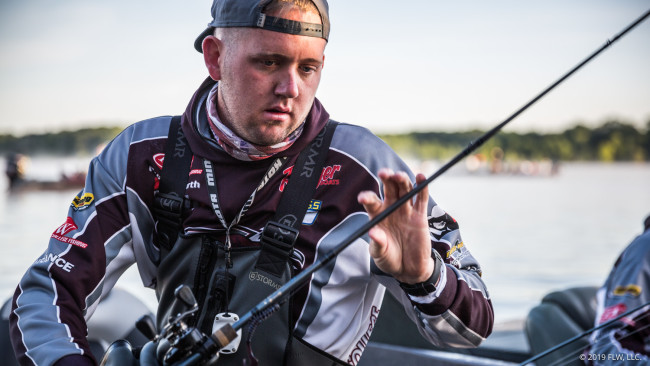 The Potomac is likely to fish a lot like it did in last week’s All-American, but there will be at least a few factors to mix things up. With a little more time for the fish to remove themselves from the spawn, there’s a chance the grass fishing could be better. Additionally, there are fairly cool conditions – highs in the mid-70s – forecast for today, which might help the fishing as well.

One big factor will be the additional number of anglers on the water. Though the tournament takes place mid-week, 148 college teams is a lot more lines in the water. It’d be no surprise to see some higher weights, simply from the team efforts of the anglers, but if the Potomac does fish like it did last week, weights might drop as the pressure mounts.

As for the actual tactics, look for grass, pads, rock and wood to all play again. In fact, the best way to get ready for what you might see is to look at the top patternsand baitsarticles from the All-American.

Finally, it’s at least worth mentioning what the tidal situation will be for the anglers. This week, day one features high tide at about 8:20 a.m., so the anglers will fish most of the day with a falling tide, and some of the later flights will get a shot at an incoming tide. With the tide moving an hour later each day, the stretch of high or falling tide will encompass more of the tournament as the week goes on. 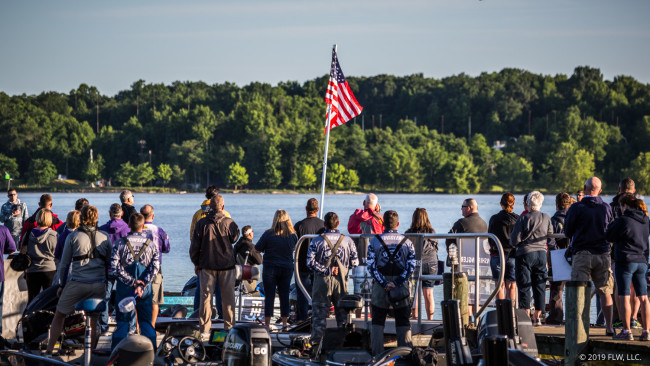 In Saturday’s Northern Conference event on the Chesapeake Bay, Adrian College stunned with five teams placing in the top five. If that kind of success can carry southward a little, they could be well positioned for this derby.

“I actually haven’t been to the Potomac before practice,” says Ryan Sharnas of Adrian, who won the recent Chesapeake event with partner Brandon Herzberg. “It’s been all right. We were hoping we could transfer the pattern we had at the Chesapeake over to here, because they’re kinda similar, but we haven’t been able to do that. So, it’s been a little bit of a struggle to figure them out.”

Despite the struggle, Sharnas still thinks good weights are likely.

“I think it will take more than what it took for the All-American,” he says. “Just from talking to teammates, they’ve caught some bigger fish, and I think the bigger females are starting to eat.”

Finally, Sharnas weighed in on the debate between hard cover such as duck blinds, rock and laydowns, or the more traditional grass flat targets.

“I think it’s going to be both for us,” says Sharnas. “We caught some on hard cover, but we’re looking to get into more grass and get a better bite. We’re going to run a lot of water and go fishing, so hopefully we run into some better grass.”

Fresh off winning the Collegiate Bass Championship on Pickwick with partner Cole Floyd for the second year in a row, Carter McNeil of Bethel University composes half of one of the most decorated college duos of all time.

“It’s been pretty slow. We can catch a few fish here and there, but it’s hard for us to get a keeper bite,” says McNeil of their short practice. “We’ve had a few 3-pound bites, and that’s about it. I think we’re gonna do a little bit of both – grass and hard cover. We’ve gotten bit doing both, and one hasn’t seemed to show out better than the other.”

McNeil pegged 14 or 15 pounds a day as the mark to shoot for to take home the W.

“I think there will be a lot of fish caught, but I think a big thing will be judging where to be at the right time,” says Porter. “I think a lot of fish will get caught out of the grass early in the mornings, but then I think that bite dies when the tide sucks out. I think somewhere around 13 or 14 pounds a day will do well. It’s going to be less than the All-American. As the days progress, it’s going to be a lot of pressure from some great fishermen.”

One of the most optimistic weight predictions came from Nick Marsh, another Adrian angler.

“To make that top 10, I think you’re gonna need around 15 or 16 a day,” says Marsh. “I also think there will be a couple teams that pull away with this. I think the top three teams might pull ahead with 17 or 18 pounds a day.” 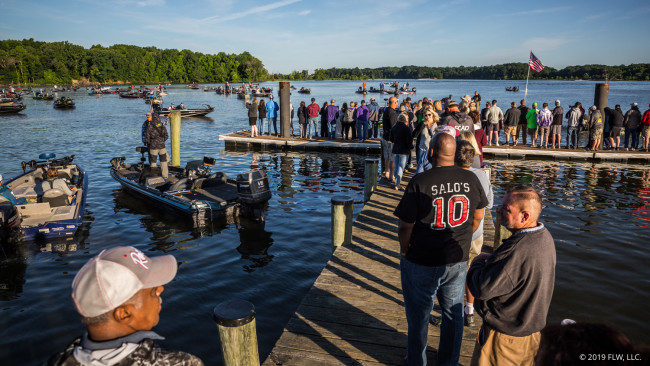 Format: All teams will compete for two days. The top 10 teams based on cumulative weight after two days of competition will advance to the third and final round, with the winner determined by the heaviest cumulative three-day weight.