The scoop on who’s gunning for the Racers 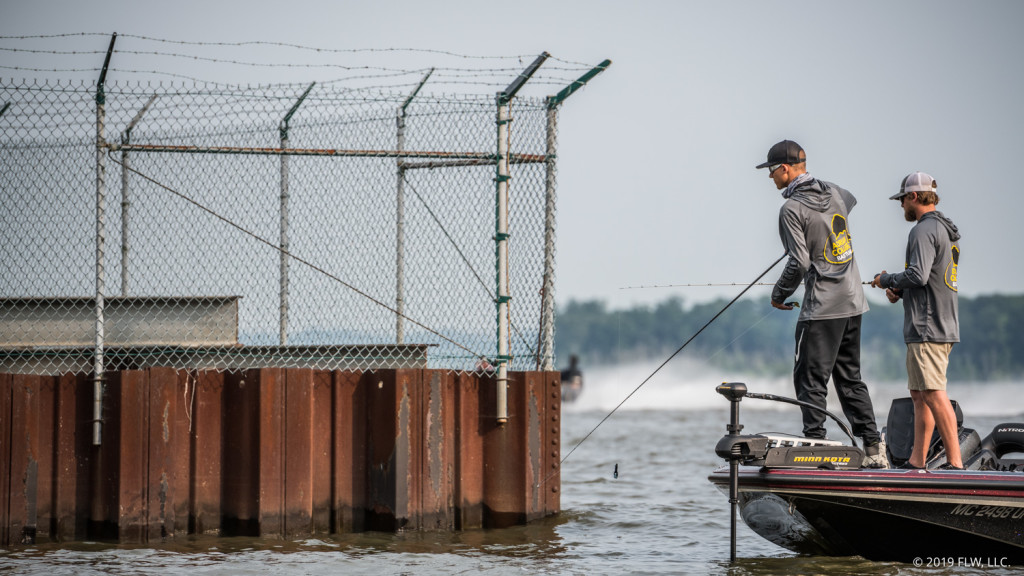 Day one of the YETI FLW College Fishing National Championship presented by Lowrance on the Potomac River had a wide variety of patterns in play among the leaders. Today, with overcast skies and gusty winds, the folks fishing grass started to pull ahead.

In the lead, Adam Puckett and Blake Albertson of Murray State have managed more than 16 pounds each day, but the rest of the top-10 crew is hot on their heels. Additionally, the fishing seems to be getting better by the day, so a big bag from a team down the standings a little bit wouldn’t exactly be a shock on the final day. 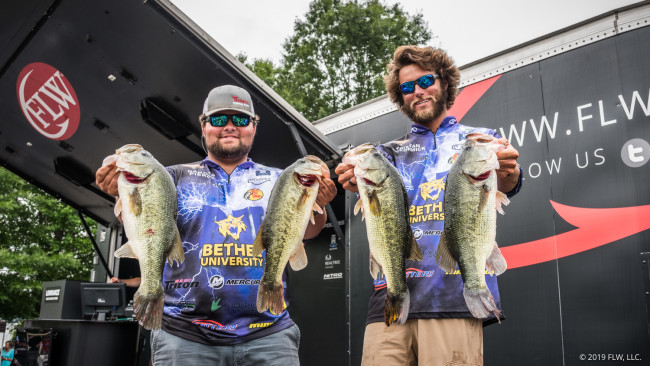 On day one, Tristan McCormick and Dakota Pierce ground it out with a vibrating jig in grass all day. That same strategy was the ticket on day two as well, and has them in striking position for a National Championship.

“It started out good. We pulled into what we thought was our best area, and we didn’t get bit,” says McCormick. “We were catching them off a little hump, and we were gonna go around the hump, which was closer to the bank, and I lobbed one up there on the bank and caught one. Then we probably caught 10 or 12 fish throwing to the bank.”

After putting together a quick limit, the duo kept moving and upgrading as the day went on. Entirely fishing grass, they kept things simple.

“It was all on a ChatterBait; every single one,” says McCormick. “We never put it down. In our experience on Guntersville, grass fish are bigger, so that’s what we came here to do.”

With a solid milk run of areas to hit tomorrow, it seems like McCormick and Pierce could be in good position for the final day. 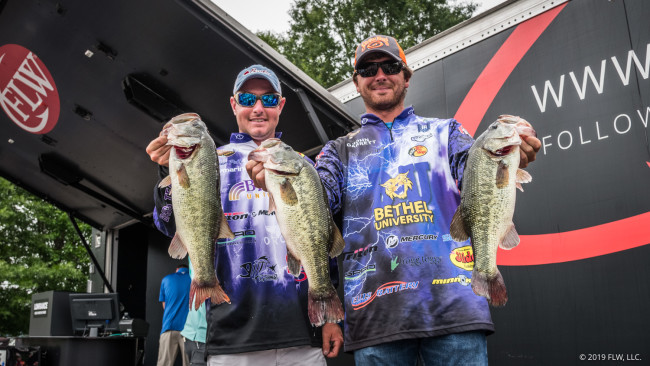 With two teams in the top three, Bethel has a heck of a shot at winning its first FLW College Fishing National Championship. Unlike their teammates, Brian Pahl and John Garrett are staying away from grass to catch their fish.

“Today started out slow. We weren’t able to fish our main spot. The wind was tricky on us,” says Pahl. “So, we had to make a run 20 miles or so, and we almost timed the tide perfect, but we had to wait a minute. We pulled into a spot and caught two good ones, and then went to the spot we were waiting for the tide on and filled out our limit.”

Fishing a few areas pretty far apart and trying to time them is risky, but if it works there could be a big payoff.

“We haven’t weighed a fish in on grass yet,” says Garrett. “The first day we weighed them all in on rock. I feel like that’s our best spot, but it was too rough there today. The others today came on hard cover. It’s actually got some water on it, and it’s in a perfect area. It’s in a little funnel, and where it’s skinny there’s a lot of water moving, and they really stage on that wood.”

With calmer winds on tap for the final day, Garrett and Pahl ought to be able to do whatever they want. That could be a winning recipe if all goes well. 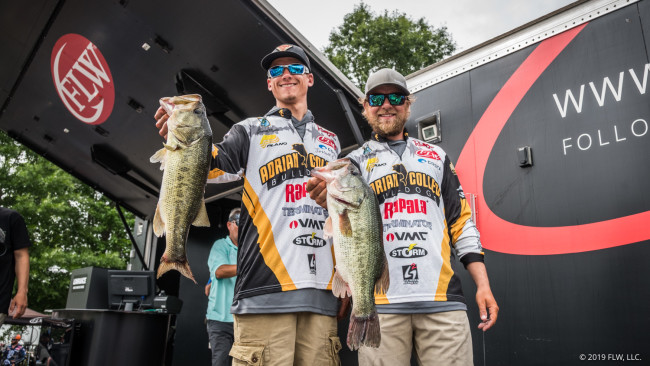 If Jarrett Martin and Nickolas Marsh don’t manage to win the National Championship, they may have a lot of regret about the 14 pounds they weighed in on day two.

Though the anglers thought about starting on a grass spot they had, they elected not to. Instead, they stayed dialed in to the hard-cover bite that worked so successfully on day one, when they weighed in 17-12.

“We knew that wind was going to hurt us a little bit this morning. It was blowing directly into some of our areas, and the outgoing tide was getting held up in our areas,” says Marsh. “So, we managed. I think tomorrow we’re going to mix in one of our grass areas. I know today there was a really good grass bite for a lot of the guys.”

Despite having missed the mark a bit on day two, Marsh stills feels decent about the final day and believes they’re around winning fish.

“I feel all right. I think we definitely have the potential for a 17-pound bag, but by the same token we have a chance for 12 or 14 like we had today,” he says. “I think it’s just going to be if we’re fortunate enough to get some of the bigger bites, and if we mix in some grass a little early and get a quick limit that might help.” 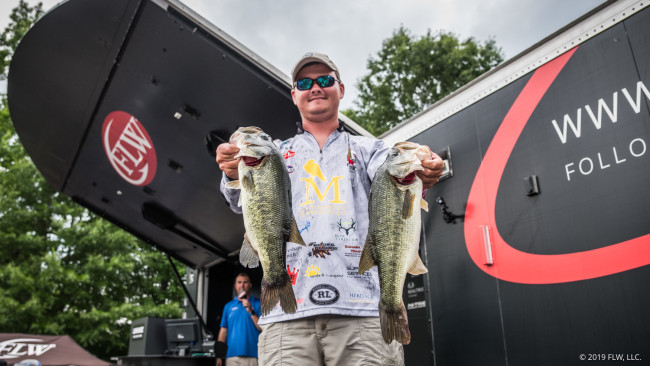 Fishing solo for the University of Montevallo, JT Russell has a chance to be the first to win a National Championship alone since Ryan Patterson of Kansas State did it in 2012.

On day one, Russell pulled up to a spot of offshore grass he found in practice and caught ’em right away. He basically did the same thing today, but it was a little slower.

“I caught ’em out of the same spot today, fishing grass with a ChatterBait and swim jig like everybody else,” says Russel, who caught seven keepers on the day. “I was just catching them bunched up every now and then. It’s a grind for sure, especially doing it by yourself.”

Having made the top 10 to fish the final day, he figures the only thing to do is to swing.

“I feel good about it. I’m just going to go out and give it all I’ve got,” says Russell. “Hopefully I catch a big bag, and then we’ll see what happens.”