Best Hair from the College Championship

Does sweet hair make you a better angler? 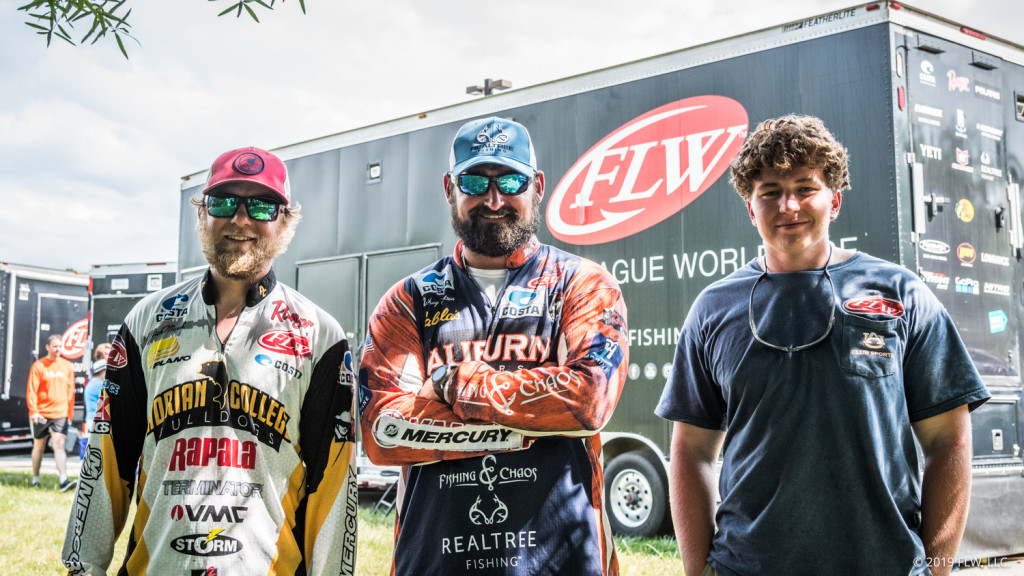 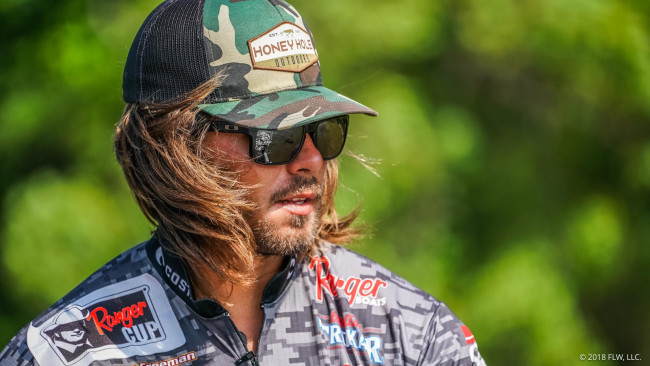 At the 2018 YETI FLW College Fishing National Championship, Hunter Freeman instantly endeared himself the Shreveport, La., crowd when he crossed the weigh-in stage on day one with his glorious long brown hair. Seeing his Louisiana locks shine in the 100-degree weather on FLW Live that weekend highlighted the dedication and commitment today’s college anglers are bringing not only to their craft, but also to the flow department. Freeman went on to win the tournament and is now an FLW Tour pro, still rocking his trademark look. 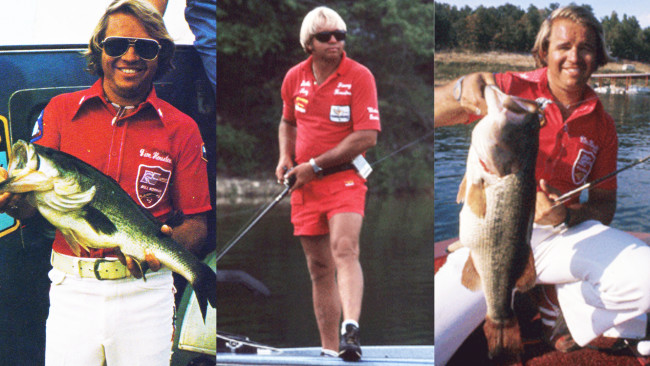 Then we realized, having great hair on-the-water isn’t something new to the sport of bass fishing. All you need to do is look at legendary pro Jimmy Houston and see how his platinum hair has shined through the years. 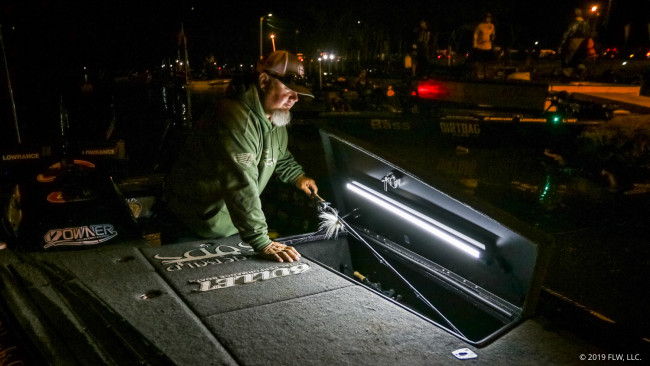 Or Buddy Gross’ goatee that is so long it could touch bottom on a Lake Chickamauga ledge. 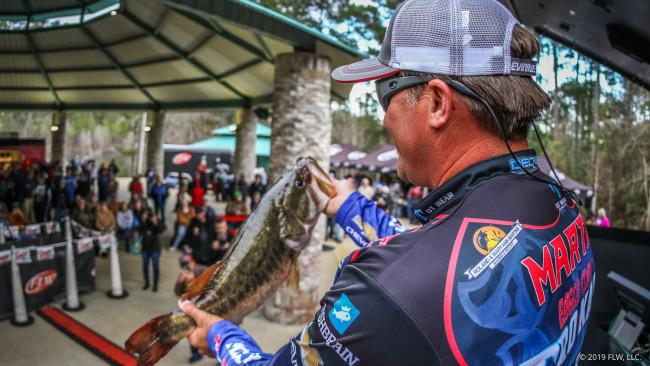 And has anyone ever seen Scott Martin with a single strand of hair out of place?

The point is, these pros have subtly grown their brand simply by displaying unique, fine-looking hair for us all to enjoy. And now, a lot of college anglers are picking up on this branding strategy, too.

Inspired by the Minnesota State High School All Hockey Hair videos, we thought we’d take a little time to break down some of the best hair from this year’s YETI FLW College Fishing National Championship. This article is not meant to criticize the hair the college anglers brought to the Potomac; rather, we want to recognize the unsung heroes and the flair they brought to the tournament. Since the college anglers can compete in the tournament solo or as a pair, we allowed the same rules on our list.

We will start from the 10-spot and work our way down to our favorite lettuce. 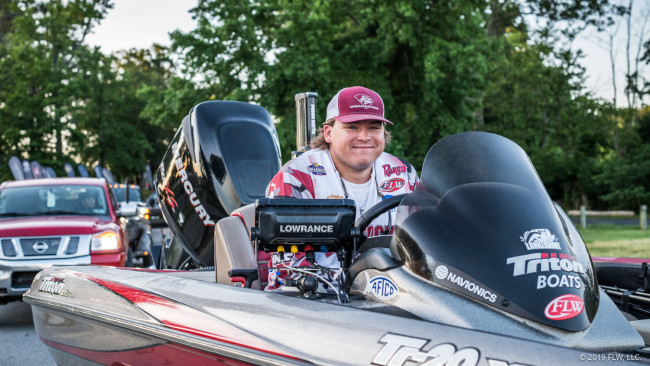 Colton doesn’t have the most majestic or in-your-face hair on this list, but the cleanliness and fluff are enough to land him in the top 10. We were curious as to how he got the air-dry, wind-blown effect by takeoff at 7 a.m. The only explanation we could come up with is that he got out of the hotel shower, jumped straight into the boat and rode all the way to takeoff on the trailer. Look good, feel good, fish good. 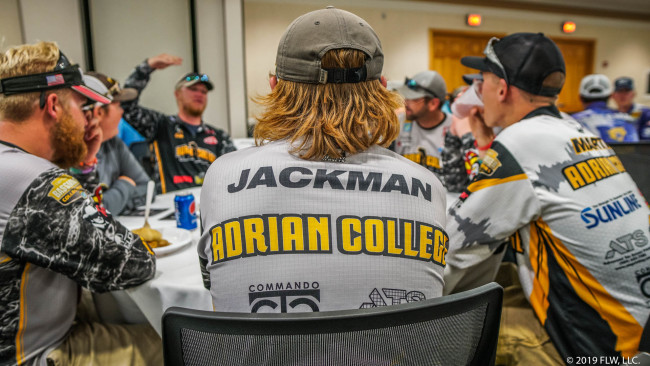 We didn’t even have to get to tournament day to know Myles’ hair needed to be on the list. His golden waterfall matches perfectly with Adrian’s school colors. The X-factor of his look is that the hair isn’t so long that it blocks out his last name on the jersey. At the end of the day, does the hair count if you can’t tell who’s head it’s on? 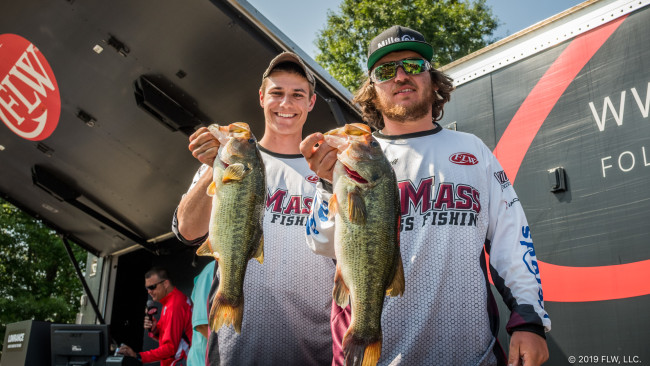 We’re not sure if Julian spent all last month cramming for finals or studying the Navionics map of the Potomac River. Either way, he let his hair grow wild and it turned out beautifully. If his look was a winning stringer of bass, his smirk would be the 5-pound kicker. Whether it was planned or not, the clean-cut look his partner Jon sported provided great contrast to the firepower Julian brought for UMASS. 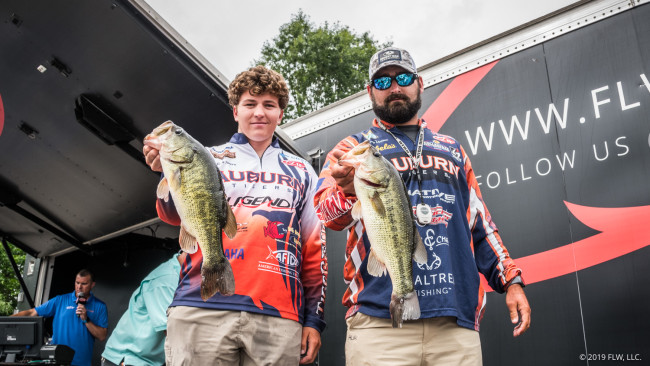 These Tigers from Auburn brought a one-two punch that we didn’t see from any other team in the field. Julian’s stellar labyrinth of curls on his head could truly mesmerize anyone, while Anthony has a beard so stern it could give FLW Tour pro Brian Latimer and his facial hair a run for their money. 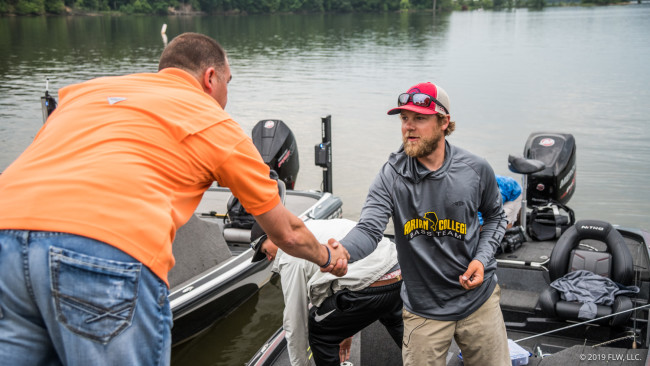 It all came full circle on Thursday’s FLW Live show when Adrian senior Nick Marsh explained that he is one of the founding fathers of the Adrian College Bass Fishing Team. No freshman or sophomore could show up to the National Championship with an aged man-beard like the one Nick has. In the photo, YETI FLW College Fishing Tournament Director Kevin Hunt is shaking Nick’s hand, most likely wishing him good luck in his final FLW college tournament, but we like to imagine he’s also thanking him for setting the hair standards high for the younger generation of Adrian anglers. 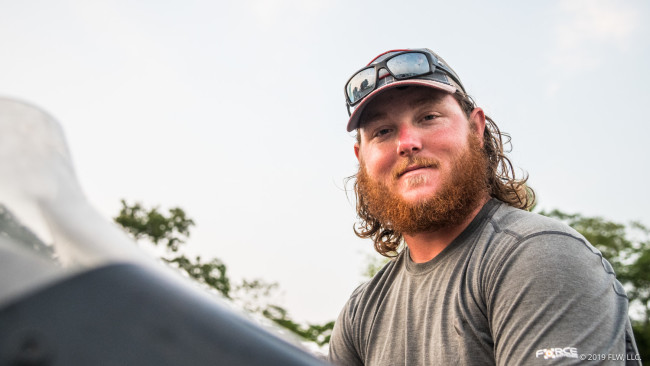 If it wasn’t for the bird nest of 50-pound monofilament hanging from the back of Bailey’s head, we might have mistaken him for country music singer Luke Combs. Still, Combs and Bailey’s hair must have some weird connection because in Luke Combs’ hit song, Hurricane, he sings, “You rolled in with your hair in the wind, baby, without warning,” – and that’s exactly what Bailey’s hair did this week.

We’re not sure what was more impressive: Tristan’s fishing ability or the grizzled look he rocked at the Potomac. During day two’s FLW Live show, his mop really excelled and grabbed the fishing world’s attention. As the wind picked up on the Potomac, Tristan’s hair got flowing and the fish started biting. FLW Live host Travis Moran even mentioned, “Sometimes, hair like that leads to success.” 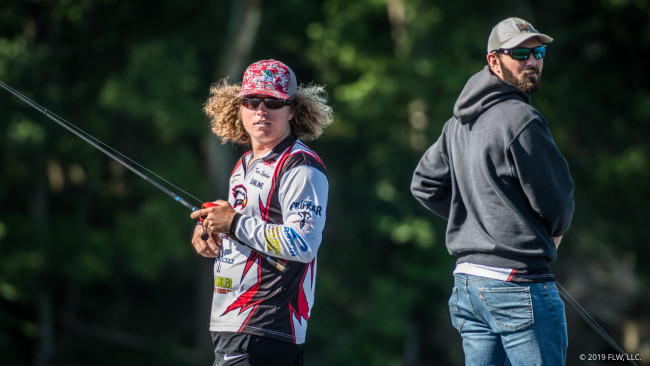 Fun fact: Every time Trever rolls through boat check, there’s a thorough inspection to make sure he’s not hiding any bass in those two brush piles on the side of his head. His only downfall was the lack of facial hair. Luckily for Trever, his partner Jerod has him covered in that department with the grass mat he has growing from ear-to-ear. 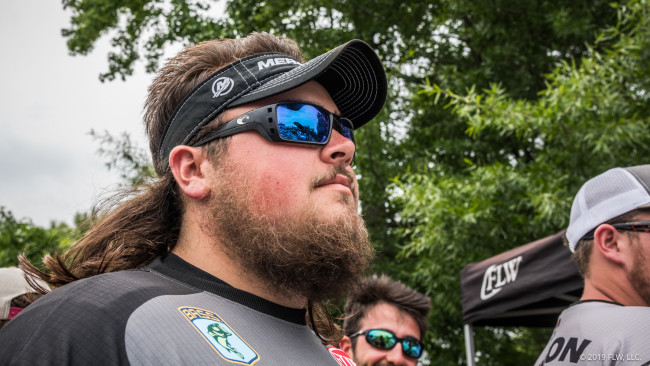 We never saw it on FLW Live, but seeing Clayton’s flow rip through the wind while running must be jaw-dropping. Most anglers nowadays use neck buffs to protect from sunburns; Clayton just grows his own layer of UV protection. The back side of his spillway might actually be bulletproof. As smooth as the mullet is, the fangs on his mustache really provided the aggressiveness that moved him into the No. 2 spot. 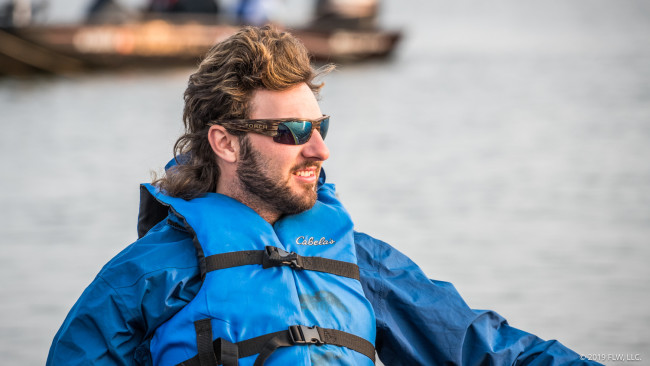 Kyler from Bethel University showed out so much at the day-two takeoff that we had no choice but to give him the crown. He even covered up his Wildcat jersey with a blue rain jacket just so his hair could do the talking. The focal point of Kyler’s look is undoubtedly his fabulous mullet. The “ripple on the water” effect running from his forehead all the way down to the back of his neck came out great. But the way it naturally Power-Poles down on top of his life jacket is just out of this world. His beard is no slouch either. We can tell that he trims it just enough to say, “I know it naturally looks better than most, but I want people to know I take care of it, too.” Even though he didn’t have the most weight in the tournament, he’s still a champion of the Potomac River.