OTW coverage from day one on the Harris Chain 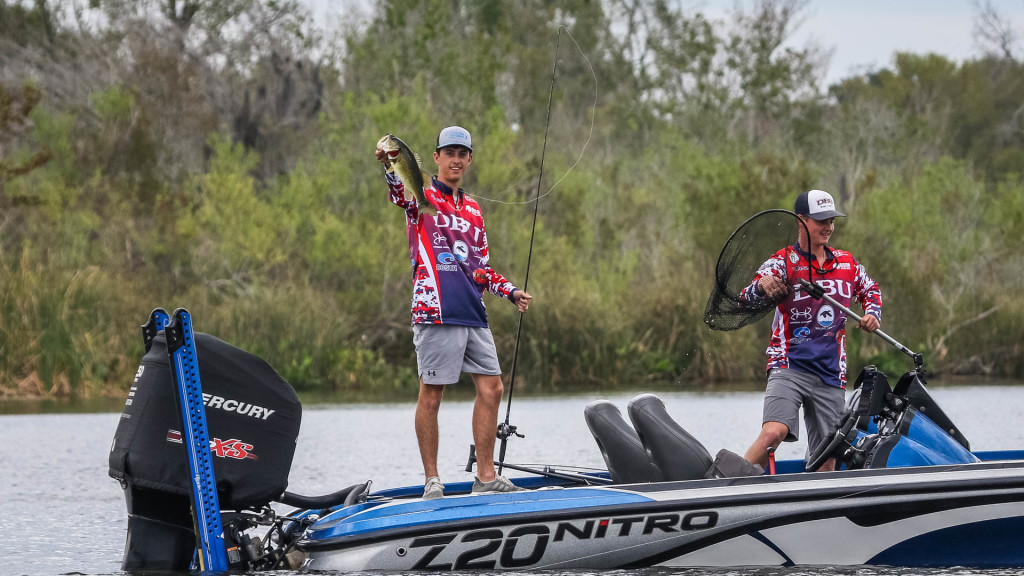 Day one of the Abu Garcia College Fishing presented by YETI National Championship presented by Lowrance is underway on the Harris Chain. The link to the morning story is below, and we'll try to check in here about every hour with updates from around the field. 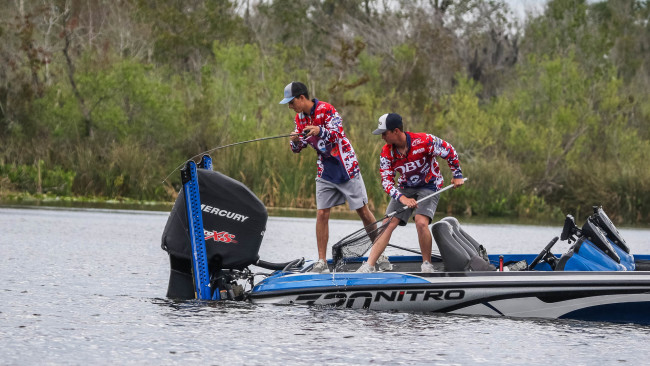 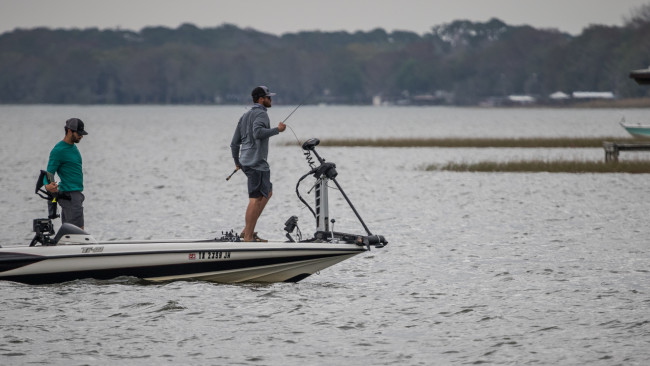 1:30 – Things are slowing down and the weather is coming

The wind has begun to blow out of the north signaling the sign of the cold front that is supposed to blow in this afternoon. The has rain has settled in, and it could help get some big fish fired up. We made it to the marsh where Laramy Strickland won the Tackle Warehouse Pro Circuit event last week and to our surprise it was mostly vacant. Murray State’s defending College National Champion team of Adam Puckett and Blake Albertson were up there, though they only reported a small limit and said most of the people they talked to in the area hadn’t done much better.

We’re signing off for the day, but don’t forget to check out the weigh-in at 3 p.m. ET. Here’s a final report of the action from on the water.

Florida State – Garret Sanders and Owen Kuhn – five for 14 pounds, one is a 6-pounder

Stephen F. Austin – Marc Ameringer and Cody Barchenger – limit, one is a 3-pounder

Tarleton State – Jacob David and Nick Prestwood – four keepers, one is a 3-pounder

Auburn – Chase Mundhenke and Blake Milligan – a limit worth 11 pounds 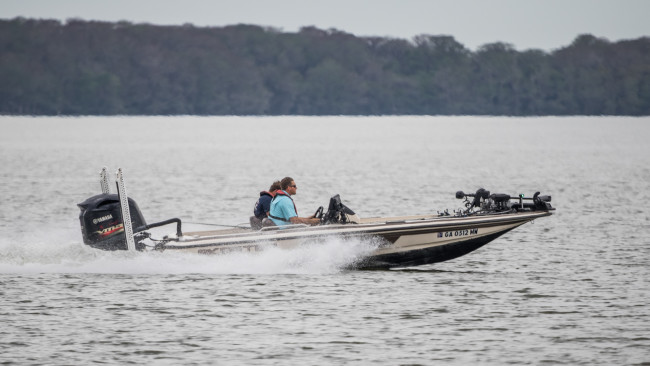 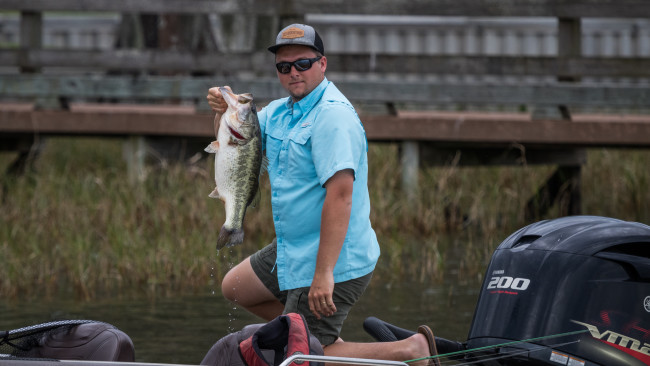 Just as we started typing this update it started to sprinkle a bit in Lake Eustis, but it's very light, and really just overcast now. The fishing still seems good across the board, and we've got more than a few really good starts to report now. We haven't checked in the marsh in Griffin yet, but we're headed there now. So, expect the next update to give some idea of what's going down where Laramy Strickland won the Tackle Warehouse Pro Circuit event.

California University of Pensylvania – two small ones, one 2-pounder

Columbus State – Jacob Wood and Doug Stephens – 17 pounds, one is a 7-pounder

Adrian College – Caleb Dachenhaus and Hayden Scott – four for 10 pounds, one is a 5-pounder 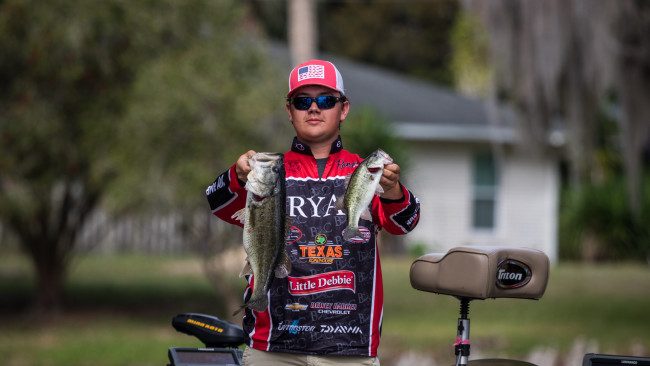 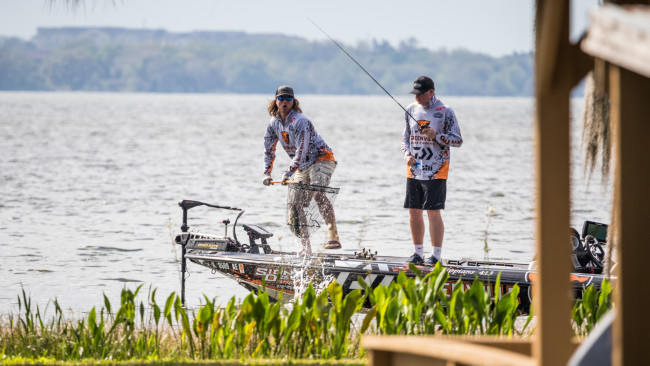 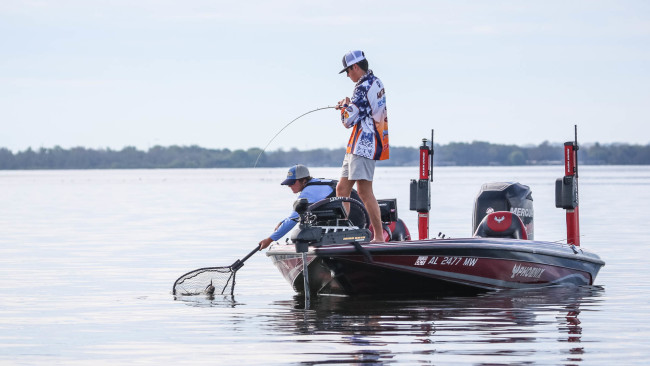 11:00 – Conditions changing and big fish are starting to bite

For the most part this morning has been relatively calm and partly sunny, which hasn't helped the bite in Griffin much. Several teams have reported zero or one fish, blaming the lack of wind for hurting the reaction bite. That should change here soon, though, as the clouds build and the breeze is starting to pick up. Across the chain the offshore grass seems to be what most of the schools are keyed in on and that bite could get better as the afternoon wears on and the chance of rain builds. Here’s a look at some of the other teams we've caught up with this far. 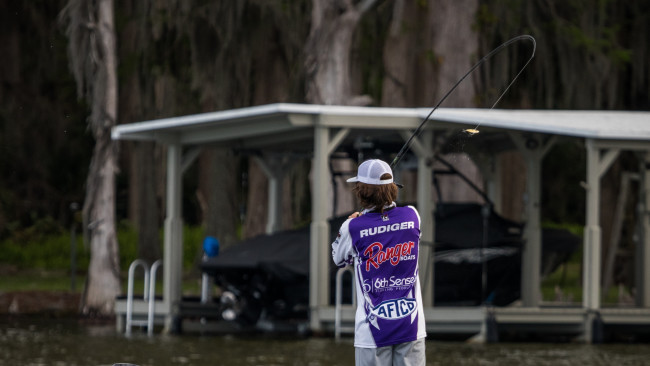 So far, things really couldn't be going better for the start of the championship. The fish appear to be biting pretty well, as nearly every boat has at least a few keepers, and the weather is perfect. Folks have been fishing in Harris for more than an hour now, and the anglers are starting to fill up the flats on Griffin now as well. Overall, the fishing seems to be best off the bank early, and there was definitely a morning flurry. Below is a rundown of teams we've run into so far.

SFA – Cooper Thor and Cade Rudiger – four keepers, one is a 3-pounder

Adrian College – Jacob Emery and Collin Torrey – two little ones, lost a giant on a bed

University of Montevallo – Cade Holcomb and Kopeland Rosser – one 3-pounder

Format: The entire field will compete for two days. The top 10 teams based on cumulative weight after two days of competition will advance to the third and final round, with the winners determined by the heaviest cumulative three-day weight.