Texas team moves up from sixth on the final day (updated) 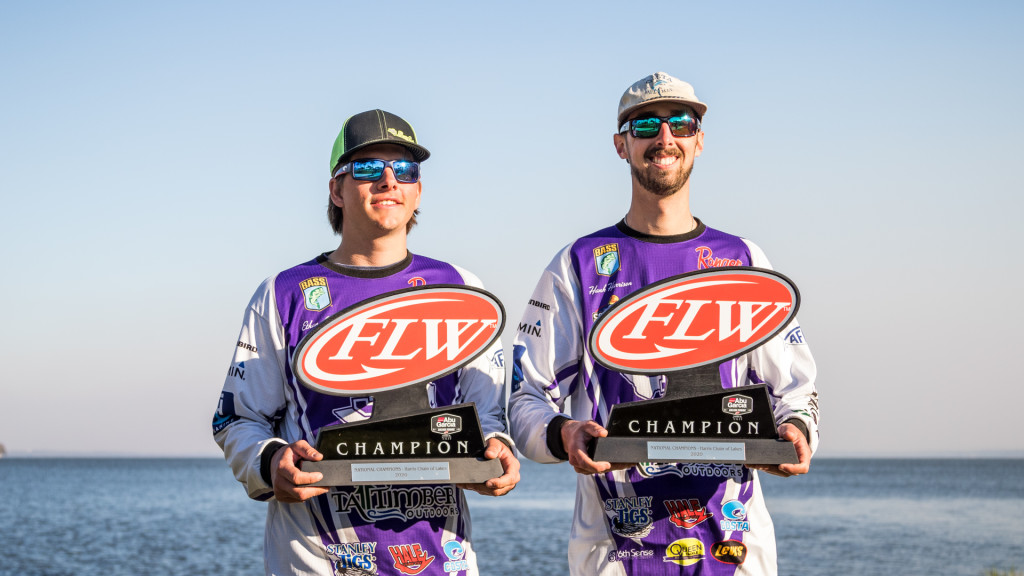 After an exciting final weigh-in, the Stephen F. Austin team of Hank Harrison and Ethan LeGare were crowned champions of the Abu Garcia College Fishing presented by YETI National Championship presented by Lowrance on the Harris Chain. Due to an inadvertent violation of Rule 12, the leading McKendree University team of Nathan Doty and Jacob Louis had their final-day weight disqualified (more on their violation below). Weighing the biggest bag of the day at 20 pounds, 8 ounces, Harrison and LeGare totaled 56-5. For the win, Harrison and LeGare will take home a Phoenix 518 Pro bass boat with a 115-horsepower Suzuki outboard and qualification into the 2020 Toyota Series Championship as pros.

“It’s honestly a lot of mixed feelings right now,” says LeGare. “It doesn’t feel like a true win, but at the end of the day that’s what it’s classified as and we’re pretty excited about it.”

“It’s been a dream, an utter dream,” Harrison says of being crowned champion. “I can’t believe it. I’m absolutely speechless and utterly excited.”

While it may not be an outright win, you can’t argue with the fact that the Lumberjacks strung together three solid days of fishing on a challenging Harris Chain. They kicked the event off with 21-15 to sit in third. On day two, the cold front hurt them a bit and they slipped to sixth weighing 13-14. Today, they were the only team to crack 20 and it paid off as they won by an ounce over the Sam Houston State team of Jayce Garrison and Mason Hoke. 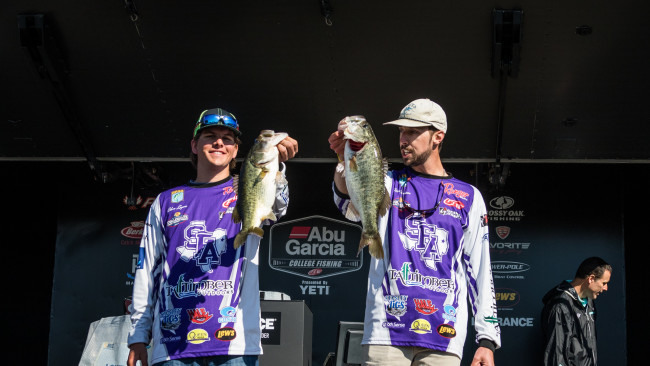 Living in Texas has supplied the Lumberjacks with more than enough experience fishing offshore and lakes with grass. That helped play a big role this week.

“We were fishing the last grass flats on points with super easy access to their spawning bays,” says LeGare, who’s a sophomore majoring in marketing. “We had three main areas. One in Beauclair, one in Dora and one in Eustis.

Basically, they positioned themselves between prespawn and postspawn fish to maximize their chance of encountering big bites. The stable, warm weather on day one let them catch fish off of moving baits, but after the cold front the duo really needed to slow down to milk their spots.

A 6th Sense squarebill and 6th Sense Provoke jerkbait got it done for them on day one. On day two, they realized the cold front had taken its toll and after forcing the moving bait bite, switched to a split-shot rig and Texas rig with either a Zoom Salty Super Fluke (watermelon red) or soft plastic stick worm (California 420 with gold fleck). Today, they kept things finesse and added a Carolina rig with a ¼-ounce weight and drop-shot to the mix. 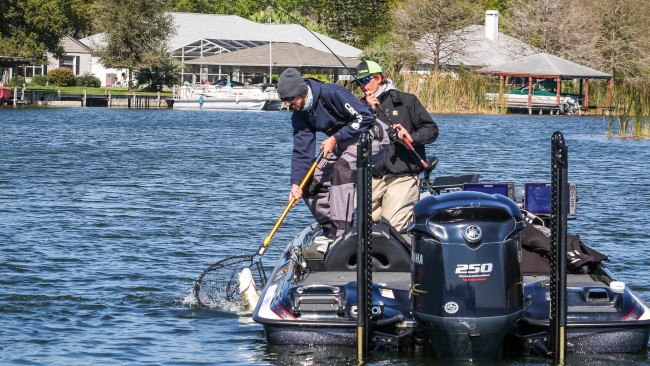 “Yesterday having 13-14, we adjusted positively, but not enough,” Harrison says of their decision to go slow. “We were going into today sitting in sixth place and we knew we needed a bag, so we went out today with that mindset.

“Every single day, whether we were fishing fast or slow, we had to find the cast,” continues the junior marketing major. “We were moving around these points trying to find the cast. We just had to go fishing and pick our spots apart.”

Relocating the fish every day was a tough task, but very doable given the homework they did with their Lowrance electronics. Knowing where every grass clump, bare spot and contour change was allowed the two to more effectively locate the right cast on the given day. 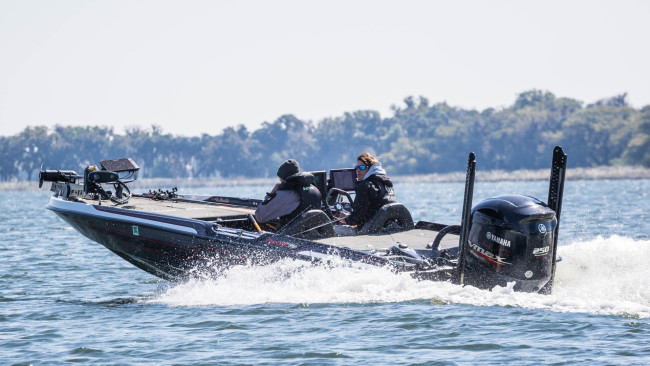 With a decent bag in hand on the final day, the team started working their way back towards takeoff from Dora and stopped on their point in Eustis with about 15 minutes left and LeGare busted out a drop-shot rigged with the soft plastic stick worm and caught a fish on the first cast. With under two minutes to go, LeGare stuck their biggest fish.

“The key this week was keeping our heads down and slowing down and adapting,” says LeGare. “We knew we had the areas to well in this tournament, we just had to pick them apart and today we did that. We didn’t give up and we fished until the last second.”

Along with their Phoenix boat, the pair also gains entry into the Toyota Series Championship this fall on Lake Cumberland with a shot at winning $200,000 for first place.

“I don’t have a single bit of an idea of where Cumberland is,” laughs Harrison. “I promise, give me two weeks and ask me again and I’ll know something about it. We’re very excited.”

As the weigh-in concluded, it originally appeared that the McKendree University team of Nathan Doty and Jacob Louis were the winners. It was later determined, however, that the pair had inadvertently violated Rule No. 12, which states in part that all fish must be caught in a conventional sporting manner, and their day three catch was disqualified.

The team broke off a bass and approximately an hour later snagged a line. They pulled in the line, which had a bass they believed to be the one they had broken off, hooked to a lure they believe to be their original lure. There is no way, however, to know if the fish on the line was the original fish that broke off, nor was the fish hooked with a rod and reel in a conventional sporting manner when it was brought into the boat. Thus, their catch was disqualified. McKendree University finished in 8th place with a three-day total of 10 bass weighing 42-12.