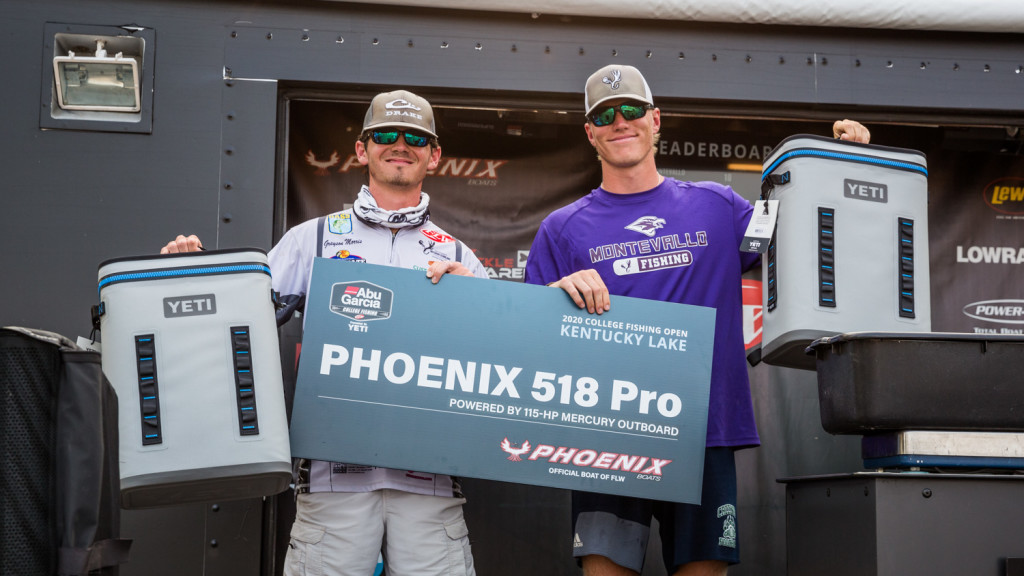 As tough as Kentucky Lake was fishing this week in the Abu Garcia College Fishing presented by YETI Open, Grayson Morris and Jacob Pfundt of the University of Montevallo leading after day one and finishing the job on Thursday resulted in one of the more impressive wins you’ll see.

After weighing in a day-one best 12-13, the duo backed it up with another 12-7 on day two for the victory, displaying the kind of consistency it takes to grind it out in tough fishing conditions. For their efforts, Morris and Pfundt were awarded a new Phoenix bass boat with a 115-hp Mercury outboard.

The Montevallo duo was the only team in the entire tournament to weigh in a limit both days. It’s sometimes cliché to talk about just bringing a limit to the scales to have a shot, but this week, it couldn’t have been more accurate.

“Consistency always pays off,” Morris says. “Everyone out here can catch fish. When you have a pattern that you think you can get five bites a day off of, especially on Kentucky Lake, you might as well grind it out and stick to that.” 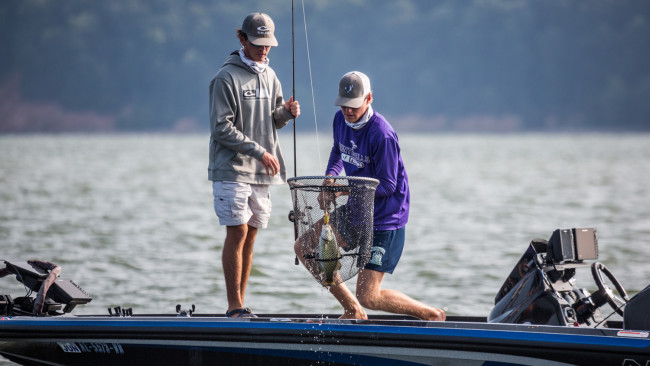 Morris and Pfundt got more than five bites a day, but only barely, and only because they had confidence in the one area they found in practice in which they got more than one bite.

“Yesterday, we had eight bites, but only five of them kept,” Pfundt says. “Today, we got eight bites, and all of them would have kept, but we only culled once.”

“Either way, we didn’t get that many bites,” Morris adds. “It was just a grind.”

It was a grind for the entire field, due in part to rising water at a time of year when bass want to be moving off the bank and closer to deeper water to corral baitfish. That high water also caused fish to be scattered more than they otherwise would be, which is why finding the area they did was so key for Morris and Pfundt.

Plying the same stretch of bank they found in practice and plucked 12-13 from on day one, the pair went to work on the final day in search of a few key bites. With the wind blowing harder than the day before, Morris and Pfundt found their stretch of bank was windswept with bait being pushed right up into it.

Two baits got the job done from there: A Reaction Innovations Vixen and a River2Sea Whopper Plopper 130, both in the bone color. The team didn’t have another rod on the deck. They covered water, running the same bank all day save for a brief period in which they ran to some deeper brush, only to pump the brakes and return to their best area.

“We messed around with it (brush) a little bit, but pretty much as soon as we went there, we had a bad feeling about it and ran back to our main area,” Pfundt says. “We didn’t catch a keeper in the brush yesterday, but we figured we should check and keep it honest.”

Again, it came down to faith in their best area – or least the realization that it probably wouldn’t get much better than that spot. 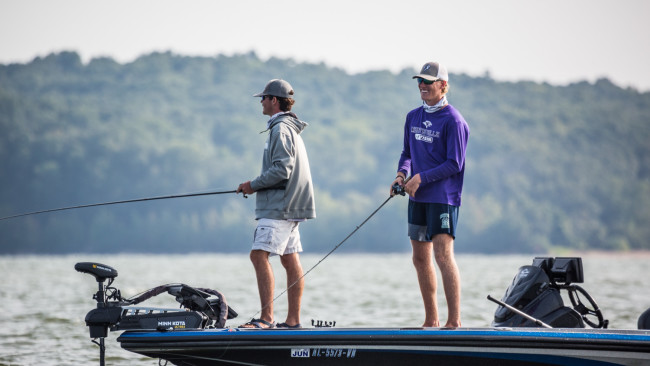 “When we got two bites on the same bank, we thought it had to mean something,” Morris explains. “Everybody else was getting two or three bites a day. It’s huge this time of year, just finding some fish.”

Morris has had success on Kentucky Lake in the past, particularly in high school tournaments, but that prior success did little to reassure Morris and Pfundt after a tough practice period. Those high school tournaments taught Morris two important things, though: Getting bites on Kentucky Lake can be a grind, and sticking with the good game plan is the only way around it.

“We knew we had to catch five,” Pfundt says. “It was just relief. We caught our fifth at probably at 12 o’clock. It was more of a relief than anything because we were just worried about bringing in five.”

As it turns out, they had good reason to be relieved. Winning by just 1 pound, 15 ounces, anything less than a full limit probably would have spelled disaster.

“We’re feeling just shocked,” Morris says after weigh-in. “It doesn’t even feel real. I’ve had a lot of success on this lake, and I just continue to be blessed on it. Me and Jacob had a great day. We had a lot of bonding time and had a good time on the water catching some fish.”

It sure is easier to have a good time when there’s a winner check waiting for you at the weigh-in stage. 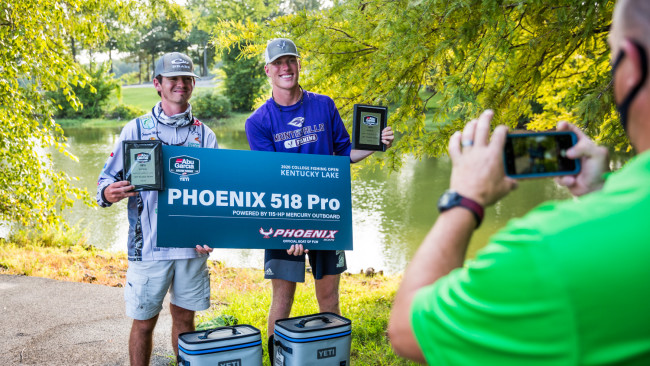