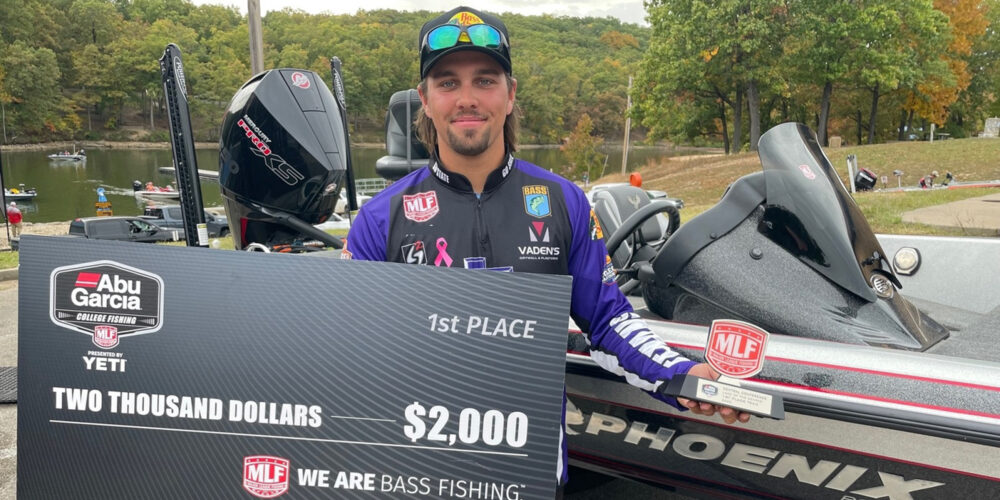 “Going into the tournament, I wasn’t really sure where I was going to start,” Semper said. “I wanted to start on a main lake hump near takeoff, but there was a team already sitting on it. So, I went to another bank I fished during practice where I had caught 15 pounds and threw a (Heddon Zara) Spook.

“I ended up going back to the offshore hump, and the team was gone, and I could see fish suspended on a brush pile in about 25 feet of water,” Semper said. “So, I threw a football jig, and I had a limit in about 10 casts.”

With an early limit in the livewell, Semper said he then made a run to shallow water to flip a jig but had no takers. A glide bait produced a 4-pounder, then he switched to a Strike King Pro Model 6XD crankbait fished on a secondary point that produced a 3½-pound spotted bass to cull up to his final weight.

“I came up 3 ounces short at Toledo Bend fishing solo as well,” Semper said. “It was nice to finally win one of these events.”

­Complete results for the entire field can be found at MajorLeagueFishing.com.

The Abu Garcia College Fishing Presented by YETI event on Lake of the Ozarks was hosted by the Tri-County Lodging Association. It was the last of three regular-season tournaments for Central Conference anglers.

MLF College Fishing teams compete in three regular-season tournaments in one of five conferences – Central, Northern, Southern, Southeastern and Western. The Top 10 teams from each division’s three regular-season tournaments and the Top 20 teams from the annual Abu Garcia College Fishing Open will advance to the following season’s National Championship. The 2023 MLF Abu Garcia College Fishing Presented by YETI National Championship Presented by Lowrance will be held on Lake Toho in Kissimmee, Florida, Feb. 21-23, and is hosted by the Kissimmee Sports Commission.