MEET YOUR BIOLOGIST: Jake Norman on the Biology & Management of Lake Fork 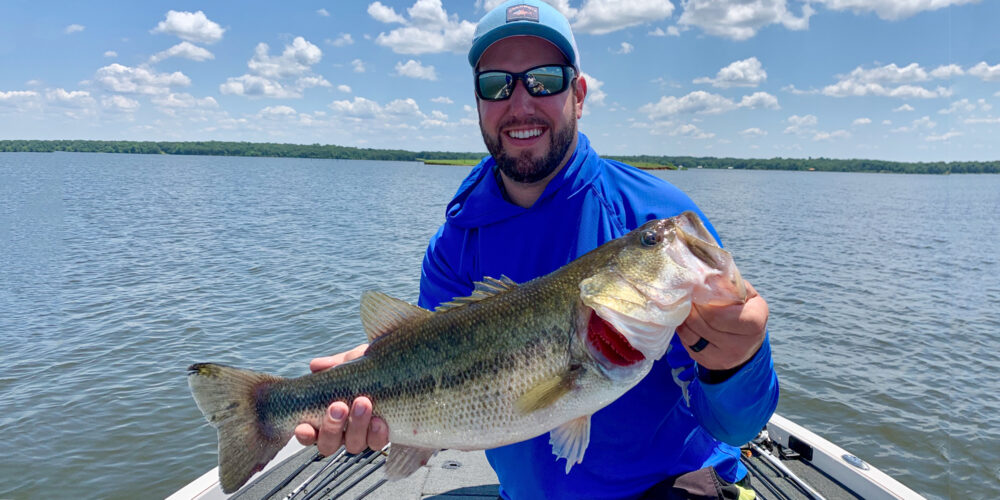 Jake Norman, Texas Parks and Wildlife’s Region 2 District Supervisor, gives the low down on how he works on a year-round basis to help keep Lake Fork one of the best big bass fisheries in the country.
November 27, 2021 • Steve Bardin • Fisheries Management Division

During my career, I’ve had the opportunity to spend time with the biologists that manage some of the absolute best fisheries in the US. Their stories, experiences and day-to-day work fascinates me, and I want to share them with all our MLF fans.

In the future, this will mean providing opportunities at events for you to meet your local biologist one-on-one. For now, we wanted to introduce you to some of these individuals digitally through a new reoccurring feature called “Meet Your Biologist.”

Our first biologist in this series is Jake Norman, Texas Parks and Wildlife’s Region 2 District Supervisor. Jake and his team are tasked with the management of the infamous Lake Fork, and so many more extraordinary Texas fisheries. Let’s get to the conversation.

Jake, you and I met a few years ago while at an American fisheries conference. I was impressed with your background, and want to start by letting you tell us how you came into your current role.

JN: I started my career with a B.S. in Fisheries and Wildlife from the University of Missouri and gained invaluable experience working for the Illinois Natural History Survey, US Fish and Wildlife Service, and Missouri Department of Conservation along the way. After graduating, I went on to complete a Master’s in Zoology at Southern Illinois University within their Fisheries and Illinois Aquaculture Center.

As my time wrapped up at Southern Illinois, I began throwing out a shotgun blast of job applications at several state agencies around the country, with hopes of ending up with one that focused on sportfish management. Lo’ and behold, I ended up landing a dream job straight out of school. I started working with TPWD in 2013 as an Assistant District Biologist in Tyler. Several cards fell in my favor and I was promoted to the District Supervisor in 2019.

This role is likely much bigger than most people would think. Just how many fisheries does your team currently manage?

JN: We have 25 major reservoirs within my district that are “actively” managed. It’s a blessing and a curse to have so many great waterbodies to manage in the district. Some of the most significant ones within are Fork, Palestine, Athens, Tawakoni, Cedar Creek, Richland Chambers, and Fairfield.

We both know it takes a group effort to accomplish the management of all these fisheries, so how many team members do you have?

JN: Going back to the cards falling just right, I now supervise six full-time employees in my district. A perfect storm of retirements and construction occurred in 2019, which resulted in the combining of two district offices located in Tyler into one large district. While the larger territory and staff keep me busy, it has been great overall. I get the best of each district waterbody-wise; before the merge, Fork was in one district and Palestine, Athens and several other great lakes were in the other. Plus, each district had an awesome crew to work with and now everyone brings their unique skill set to the table, depending on the need.

Let’s get down to Lake Fork management. How does your team survey the largemouth bass population within that fishery?

JN: We conduct a minimum of one survey per year with electrofishing. Right now, I have the sampling schedule on a spring/fall rotation for Fork. In other words, we shocked it this spring, and we will shock it in the Fall of 2022, followed up again in the spring of 2023, and so on. The reservoir used to have a spring and fall survey every year and, in all honesty, it was overkill, even for a lake as important as Fork. The current sampling intensity provides plenty of detail for detecting significant changes in our largemouth population and the prey base.

We also conduct a year-long creel survey on Fork every other year. A lot of people do not realize the important trends this information helps us monitor as well. Often, tracking angler catch rate, effort, etc. tells us just as much about what our sportfish populations are doing as our electrofishing data.

We both know trophy fish continue to put a spotlight on Fork. How many tournaments do you estimate Fork has per year, and how do you think that relates to the number of fish caught?

JN: Directly estimating the number of tournament days per year on Fork is honestly challenging. If we had a direct method to accurately monitor this, the number would be astounding considering the slot limit in place on Fork. Texas does not allow for tournament exemptions, so the majority of quality fish cannot be weighed in with a traditional tournament format.

In general, there are multiple tournaments on Fork every single week from February through November. These range in size from local club tournaments and weekly evening events to larger circuit-style tournaments (e.g. Bass Champs, Texas Team Trail) that average 150 to 300 boats, to professional (MLF, BASS) tournaments and the massive “Big Fish” tournaments that can draw from 700 to 2,000-plus entries.

We can at least estimate overall tournament effort on Fork compared to all other anglers, through our creel data. For example, Fork averages 500,000 to 900,000 total angling hours/year. Most creel surveys estimate 30 to 50% of that effort comes from bass tournaments. In short, tournament organizers and anglers do not let the restrictive slot deter them from hosting and competing in tournaments at Fork.

Outside of tournament angling do you have an estimated harvest rate of largemouth bass on Fork by recreational anglers?

JN: True angler harvest has a minimal impact on the bass population in Fork: most years, anglers are harvesting less than 3% of the bass caught.

One of the keys to the success of our Texas fisheries is the ShareLunker program and fingerling stocking. How many fingerlings do you request for stocking annually in Fork?

Okay, I know you’ve been working on this for a while, but where do you stand on estimating the total number of bass in Fork?

JN: The current telemetry study I have going on at Fork right now has shed some unexpected light (potentially) on what percentage of the total population of fish in Fork are caught annually. It will be a few years down the road, but a mark/recap, angler exploitation (or in the case of Fork, just caught) related study will be conducted.

What kind of habitat/vegetation restoration projects are you doing on Fork?

JN: Establishing buttonbush was the primary habitat improvement focus for several years. That project kickstarted during the prolonged drought we went through around 2010 to 2015, when expansive flats and tapering points were high and dry. Planting buttonbush around the lake on these key areas could have resulted in miles and miles of excellent littoral habitat once the lake level came up several feet. The premise behind this project was excellent, but unfortunately, herbivory and wave action reduced the number of plantings that survived longer than a year.

We finally gave up on buttonbush introductions and are beginning to focus on introducing eelgrass and native milfoil (variable-leaf watermilfoil) on the south end of the lake. We’ll be putting out a few small colonies this summer inside protective cages to give them the best shot to expand. The soil type is excellent on the south end for both of these species (sandy) and I honestly have good expectations for one or both species to take off. If we see promising signs of either species expanding, we will start similar introductions around the lake.

I know you have a big passion for bass fishing. How many days a month do you get to fish one of your fisheries?

JN: “Never enough” is the short and simple answer! I get an hour here and an hour there during a normal workday on the water, but that doesn’t scratch the itch or give me the valuable insights on our lakes that a full day dedicated to fishing can. In all honestly, I try to make a point to fish Fork, or one of our other great fisheries at least once a month.

Balancing an insanely busy work schedule and a young family at home takes priority, but a good mental health day on the water keeps the fire burning for my work and passion for fishing alike. For the same reasons just described, I haven’t fished tournaments the last few years. That will change down the road as my son gets old enough to tag along!

Last question: For anglers that want the Fork experience without the angling pressure, where else do you recommend fishing?

JN: Some could say part of the Fork “experience” is learning how to deal with boats everywhere. If that’s not the case and people just want to be around big fish – with the potential for catching one over 8 an everyday reality and a double-digit fish never a surprise – I’d suggest looking at lakes such as Palestine, Athens or Fairfield. All three of these have great habitat and quality populations of big fish and subsequently, have the potential to be very bush as well (especially Athens).

The reality for most of our lakes in today’s world is very few, if any, public water bodies have trophy bass fishing opportunities without the crowds. Word spreads too quickly. The best advice I can give for any of our lakes is don’t get disappointed if you don’t catch them every day. Lakes like Fork, Palestine, Athens and Fairfield are incredibly special, but several things must line up to have a memorable day. The fish are there, but they don’t always cooperate and minute factors such as wind direction and time of day can dramatically affect how well you do. Simply being on a lake with trophy bass is a step in the right direction.