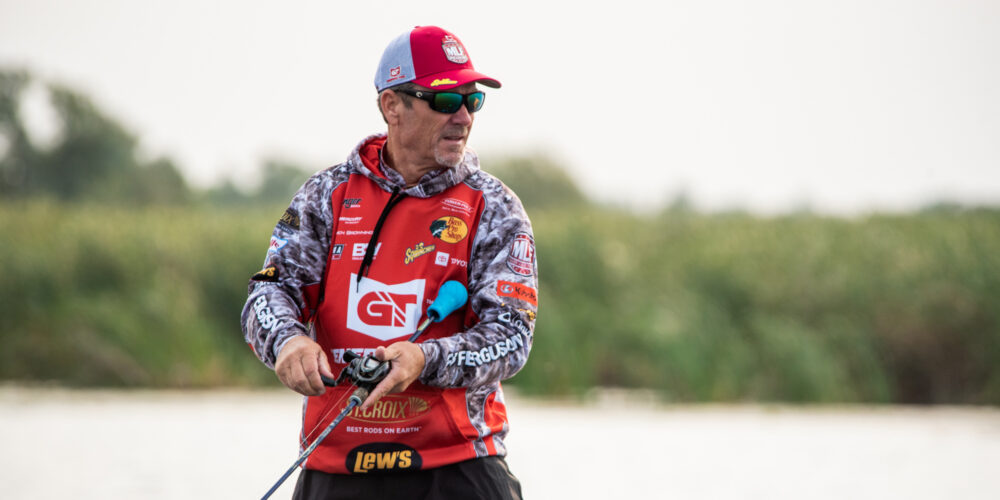 Those 10 anglers will battle to be one of the top six anglers in total weight on SCORETRACKER® at the end of three periods. The top six will move on to the Sudden Death Rounds while the bottom four anglers will pack up their rods and head back home.

Takahiro Omori notched another round win during Elimination Round 1 last week, catching 21 bass for 41 pounds. Jordan Lee, Jeff Sprague, Mike McClelland, Andy Montgomery and Kevin VanDam were able to catch enough scorable bass to advance to the Sudden Death Rounds. Chris Lane, Dave Lefebre, Zack Birge and David Dudley were unable to move on to the next round.

Click here for the best images from Elimination Round 1. Also, be sure to watch Takahiro Omori’s winning press conference to hear what he had to say about his opening-round win.

Elimination Round 2 will air on Outdoor Channel on Saturday, January 9 at 2 p.m. ET. The full television schedule can be found at MajorLeagueFishing.com.